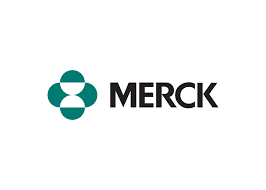 The pharmaceutical company Merck said on Friday that in a final analysis of a clinical trial, its antiviral pill reduced the risk of hospitalization and death among high-risk Covid patients by 30 percent, down from an earlier estimate of 50 percent.

The lower efficacy is a disappointment for the drug, known as molnupiravir, which health officials around the world are counting on as a critical tool to save lives and reduce the burden on hospitals. It increases the importance of a similar, apparently more effective, offering from Pfizer that is also under review by the Food and Drug Administration.

A panel of advisers to the F.D.A. is set to meet on Tuesday to discuss Merck’s treatment and vote on whether to recommend authorizing it to treat high-risk Covid patients.

In briefing documents posted to the F.D.A.’s website on Friday, agency reviewers did not take a position on whether the drug should be authorized, though they found that the clinical trial data did not show any major safety concerns and that the drug was effective in preventing severe disease.

The reviewers said they had only become aware of the updated efficacy estimate earlier this week and were still reviewing the data. They said they could update their assessment when the panel meets on Tuesday.

Dr. David Boulware, an infectious disease researcher at the University of Minnesota, said he expected the drug would still receive emergency authorization. If the expert committee endorses it and the F.D.A. heeds the recommendation, the treatment could be authorized in the United States as soon as next week.

“The reduction in hospitalization is a little bit less, but there is still a big mortality benefit if you start early,” he said.

Still, he said, molnupiravir will probably be deemed a lower-tier treatment, an alternative choice for people who can’t get or don’t want more effective treatments.

Monoclonal antibody drugs, which are typically administered intravenously in the United States, have been found to reduce hospitalizations and deaths by at least 70 percent. Pfizer’s antiviral pill, Paxlovid, which was found in a clinical trial to cut the risk of hospitalization and death by 89 percent, could become available within weeks. Fluvoxamine, a common and inexpensive antidepressant, appears to be about as effective as molnupiravir.

Meant to be dispensed at pharmacies and taken at home, Merck’s drug is the first in a new class of antiviral treatments for Covid that are expected to reach many more people than other treatments have. Public health experts say that while the pills are no substitute for vaccination, they have the potential to prevent severe illness and save lives.