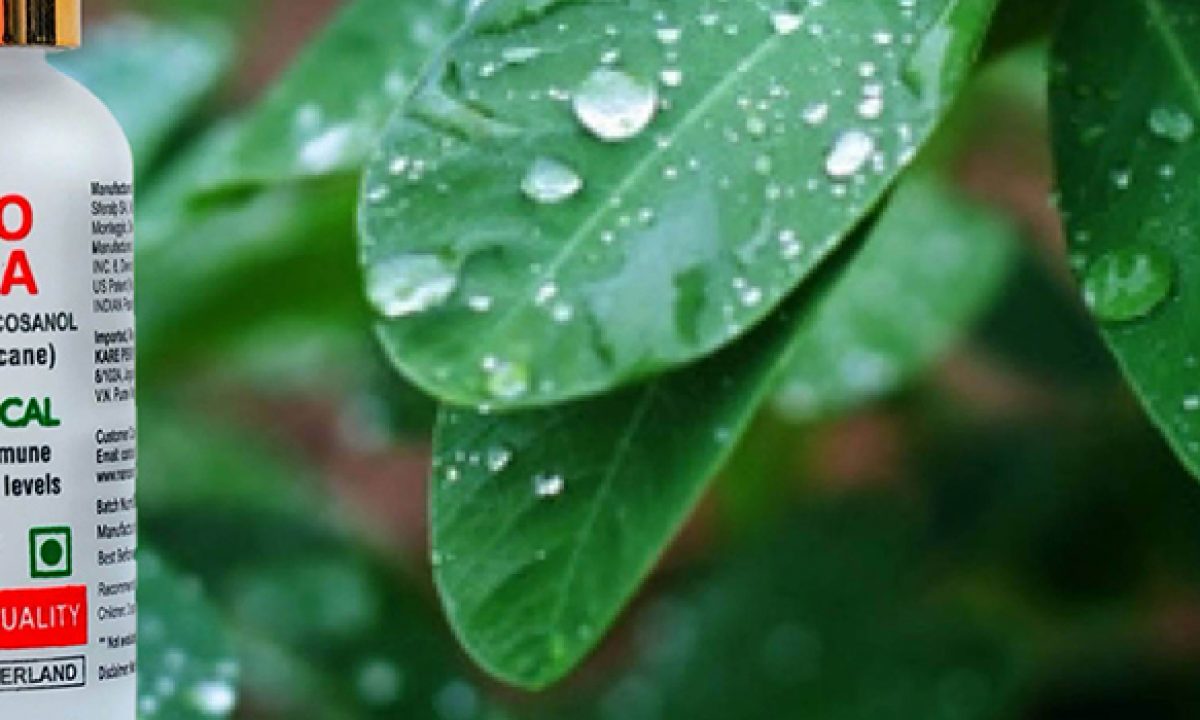 The ongoing COVID-19 global pandemic and other pathogenic virus outbreaks have led scientists to explore new techniques to address treatment of SARS-CoV-2. With ongoing virus mutations, scientists are looking at approaches that hold promise for targeting the entire pathogen, rather than single variants. One such approach is targeting lipid membranes which are common to viruses and bacteria. Metadichol is a naturally derived supplement that targets lipid membranes, and recent research merited a review.

Metadichol is a nano lipid formulation that consists of long-chain policosanol alcohols. It is made from renewable sources and has been commercially available for seven years.

Also known as Nano Soma or Nano-Ojas, the preparation was developed in 2008 by Dr. Palayakotai Raghavan, CEO of NanoRx Inc. Raghavan has since obtained patents in the U.S. and worldwide. He has written several papers on the use of Metadichol for a range of diseases, some of which have been published in the Journal of Stem Cell Research and Therapy, and the Journal of Cytokine Biology.

A Brief Review of Dr. Raghavan

Dr. Raghavan originally earned his PhD from Oregon State University in “Organic Synthesis.” He went on to work as a scientist in big Pharma then launching a venture to develop biofuels. He launched his current venture, NanoRx, Inc., in 2008 which is a start-up in the field of nanomedicine.

Developed from the waxes from sugar cane and rice, Metadichol has a range of effects in the body, including acting on Vitamin D receptors and nuclear hormone receptors that influence epigenetic regulation.

While systematic reviews have shown policosanols to be “well tolerated and safe”, they have not received authorisation from the U.S. Food and Drug Administration (FDA) as of November 2021. As such, policosanol products such as Metadichol can currently only be marketed in the U.S. as dietary supplements and not as drugs for treating or preventing medical conditions.

In a recent study, Raghavan tested the effect of Metadichol against COVID. As of November 2021, this study is still in print and has been peer-reviewed. The results, show hopeful signs for the use of Metadichol to fight COVID-19.

Everyday substances, like soaps, alcohols, cleaning products, and anti-bacterial wipes target the lipid layer of viruses. Alcohols can also inactivate viruses by entering the lipid layer through a hydrophobic effect. This makes the lipid membrane permeable to other small molecules, and allows immune cells to recognize the virus.

With properties of lipids and alcohols, Metadichol has been shown to be effective against a range of pathogens. In addition to this mechanism, the latest research focuses on the ability of Metadichol to inhibit specific host-cell receptors that play key roles in SARS-CoV-2 infection.

The virus uses the human proteins TMPRSS2 and ACE2 to enter the host’s cells. The SARS-CoV-2 spike protein, located on its exterior, binds to ACE2 (angiotensin-converting enzyme 2) to gain entry into cells. While inhibiting ACE2 would prevent the virus entering cells, it is not a practical treatment: ACE2 plays a role in the body to regulate blood pressure and blood volume, so blocking this receptor completely would be fatal to the patient.

However, the virus cannot bind to ACE2 without the help of TMPRSS2. TMPRSS2 is a serine protease, which cleaves the spike protein and enables it to bind to ACE2. When TMPRSS2 is inhibited, it stops the replication of viruses. Therefore, to fight COVID-19, a treatment that regulates TMPRSS2 would be ideal.

In the study, Metadichol was tested for its suspected inhibitory actions against TMPRSS2, as well as its anti-viral effects against SARS-CoV-2.

Commercially available testing kits were used to assess the in vitro effects of Metadichol on TMPRRSS2. Metadichol was also tested against the live virus in cell culture to assess its effects on the ability of the SARS-CoV-2 virus to replicate within cells.

Results: How can Metadichol Fight COVID-19

The results of the study indicated that Metadichol could be an effective therapy for COVID-19.

Metadichol also demonstrated an anti-viral replication effect against the virus itself at a concentration of 0.00037 μM. Compared to Remdesivir and hydroxychloroquine, Metadichol has a 2100-fold and 3400-fold effectiveness respectively.

It is thought that Metadichol acts on Vitamin D receptors (VDRs) as an inverse/protean agonist – the only one known in literature. VDRs are found throughout the body, including on immune cells. Bacteria and viruses can bind to VDRs, preventing the innate immune response. Metadichol is able to displace bacteria and viruses that attach to these VDRs, allowing for a normal immune response.

Dr. Raghavan supplemented 30 people with Metadichol, and found it resulted in an increase in vitamin C levels – three times greater than the increase achieved with direct Vitamin C supplementation.

Vitamin C is also required for a healthy immune response against pathogens and viruses. While Vitamin C is not an effective treatment against COVID-19, this vitamin still assists with wound healing, reducing the severity of symptoms of common viruses, and helps relieve lethargy.

Effect on Other Pathogens

As mentioned previously, the physical properties of Metadichol make it effective at interrupting the lipid envelopes of a range of pathogens, facilitating access of the immune system.

Studies in the United States, Switzerland, and India have tested Metadichol against influenza, ebola, yellow fever, malaria, and tuberculosis in vitro, and have reported promising results in its efficacy. Clinical studies in TB patients are ongoing.

Could Metadichol be the Next Game Changer?

The in vitro results of Metadichol against SARS-CoV-2 are promising. TrialSite will continue to monitor this potential COVID treatment as the situation unfolds.