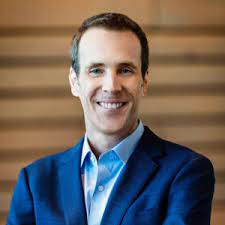 From Newsletter by Chris Kresser with commentary from subscriber Mark Bricca, ND

Here is a very important piece from Chris Kresser today regarding the risk of myocarditis in young people who are vaccinated (and vaccinated multiple times) for Covid-19.  As always, Chris’ analysis is very careful, data-driven, thoughtful, nuanced, and holistic of the Big Picture.
I wholeheartedly agree with the conclusions he draws.  Personally, I so wish we could replace people in key current Public Health positions with people like Chris and Robert Malone, MD.  I know that probably not everyone will share my view, and this is incredibly unlikely to happen anytime soon, but I believe they have far better grasp of current data and the relevant science involved, and I am convinced that they are open and unbiased and truly have public interest and the Common Good in their hearts without undisclosed vested interests.
Ponder this: Chris can say what he says in this piece because it is his private mailing list.  If he posted his comments below to Twitter, Facebook, YouTube, or a number of other “mainstream” communication avenues at present, he would undoubtedly be censored, his comments would be labeled by many as “misinformation,” and he would face significant professional peril.  I have no doubt that he will be getting heated replies from some for his recent postings.
I find it astonishing to behold.  This is the definition of scientific discourse.  Chris should be able to post his comments anywhere he wants, freely and openly and absolutely confidently, because they are incredibly valid and deeply important.  We should all discuss and kindly debate them, citing evidence without competing interests.  We should ask incisive questions of each other, in search of the Truth.  Right now, it is extremely difficult for well meaning people to do this, and this is what has me so concerned.  There is a growing movement of well meaning people trying to restore open, vital discourse in science, and I pray that we’ll be successful.  Because a great deal hinges on it, in my opinion.

I know I’ve been writing about Covid a lot lately. And I know that not all of you signed up for that.

But this information is time-sensitive—and important. We’re at a historic moment. Individuals, parents, public health officials, and leaders of all types are making choices that will have lasting consequences, and I want to be sure I’ve done my part in making those decisions as informed as possible.

I’ve written a few emails over the past few weeks analyzing the risks and benefits of the Covid vaccines in children and young adults. If you missed them the first time, you can read them here, here, and here.

In two of those emails, I reviewed the growing evidence of vaccine-induced myocarditis in young males, particularly between the ages of 16 and 24.

I’d like to zoom in on that topic today. Here in the U.S., the mainstream medical establishment is suggesting that everyone—including healthy young males—get booster shots to protect themselves from rising rates of Omicron variant infections.

But is that really a safe and evidence-based recommendation?

Since the start of the pandemic, I’ve been advocating for a more nuanced approach to vaccination specifically and Covid in general. We don’t need to (and shouldn’t) make the same recommendation regarding vaccination to everyone, regardless of their age, sex, or health status. It is now crystal clear from the data that the risk-benefit calculation varies widely across those demographic groups.

What’s more, we shouldn’t treat all the Covid vaccines as if they are identical or interchangeable. They are not. For example, as we’ll see below, we now have numerous studies showing that the Moderna vaccine is significantly more likely to cause myocarditis than the Pfizer, Johnson & Johnson, AstraZeneca, and Novavax vaccines.

With this in mind, let’s examine the following question.

What is the risk of myocarditis in young males who receive the Covid vaccines?

Public health scientists in Ontario, Canada, published an important study on this topic in early December 2021.

They looked at the incidence of myocarditis/pericarditis among males aged 18 to 24 after receiving two doses of Covid vaccines.

The results were disturbing—to say the least:

Yet Dr. Høeg and her colleagues noted that even this high risk is likely to be an underestimate for at least three reasons:

Isn’t the risk of myocarditis from Covid higher than it is from the vaccines?

This is a common claim that I often hear in the mainstream media or on social media when the question of vaccine-induced myocarditis comes up.

The problem is that it’s simply not true.

Here is the figure from their paper showing this:

How does the risk of hospitalization from Covid-19 compare to the risk of myocarditis in 18- to 24-year-old males?

We don’t have an exact age range comparison, but we can use data from the Centers for Disease Control and Prevention (CDC) to get close. According to a weekly report called “Rates of COVID-19-Associated Hospitalization,” segmented by age group, we see that as of November 27, 2021, the rate of hospitalization for men and women (this report doesn’t separate by sex) aged 18 to 29 was 3.2 per 100,000 or 1 in 31,250:

This compares to rates of vaccine-induced myocarditis in 18- to 24-year-old males ranging from 1 in 1,287 for Pfizer + Moderna to 1 in 10,526 for two doses of Pfizer, assuming both doses are taken within the recommended 30-day window.

The two studies I mentioned above should be enough to warrant caution in vaccinating healthy 12- to 24-year-old males, particularly with the Moderna shot.

But another paper published in Nature Medicine on December 14, 2021, raised even more cause for concern.

What makes this paper particularly important is that it stratified vaccine-induced myocarditis rates by both age and sex. This is critical because we know that the risk of myocarditis from the vaccines is far higher in young males than in any other demographic group.

What did the researchers find?

Fortunately, the authors published a pre-print on December 25, 2021, to address issue number 2 above. They stratified the vaccine-induced myocarditis risks by both sex and age, and this is what they found (this figure is from page 13 of the study PDF):

We can draw the following conclusions from this figure for men under 40 years of age:

This is already alarming and should lead to an immediate reevaluation of our current vaccine strategy for all individuals under age 40—especially men.

Yet it still doesn’t capture the full risk for younger males.

Why? Because the authors of this paper, unfortunately, lumped all men under age 40 together. We know from previous research that the risk is highest in males 16 to 24 years old, so if they had separated out that group, the difference in myocarditis rates between the vaccines and SARS-CoV-2 infection would have been even more stark.

What’s more, as I mentioned above, they are only comparing the risk of vaccine-induced myocarditis against the risk of myocarditis in people with a positive SARS-CoV-2 test. If they instead did this comparison with people who have antibodies to Covid, it would have been more accurate, and the differences would have been even greater.

We don’t have convincing data that boosters benefit young males

Despite these disturbing data, the U.S. and many other countries are pushing forward with booster campaigns—even for young, healthy individuals (both male and female).

But do we really know what the potential benefits of boosters are for this demographic?

In fact, as Dr. Vinay Prasad of UCSF has documented, two senior U.S. Food and Drug Administration (FDA) officials resigned in September 2021, almost certainly in protest of the White House’s decision to promote booster shots without any evidence supporting their use in young, healthy people.

Those senior FDA scientists went on to publish, along with other scientists, an editorial in the Lancet criticizing the lack of evidence to support boosters.

Another consideration in the risk-benefit analysis for vaccines and boosters in young adults—particularly males—is that infection with Omicron appears to be far milder than with previous variants, and multiple studies from around the world have shown that our current vaccines are not as effective (and/or don’t provide enduring protection) against Omicron.

I’ve written about this elsewhere, and I’ll be revisiting this topic soon.

We’ve covered a lot of ground in this email, so let me summarize the key takeaways.

The most recent and comprehensive research suggests that, when compared with SARS-CoV-2 infection:

To be clear, I’m not necessarily saying no young males should ever get the Covid vaccine. That is a decision that should be left to the individual (or their parents, if they’re a minor) and their physician, based on a number of different factors.

My point here is that we need to be honest and open about the risks, and we need a more nuanced approach. If a young person is going to proceed with vaccination, the studies I reviewed above clearly indicate that the particular vaccine chosen and how it is administered (i.e., one shot, two shots, three shots, etc.) makes a huge difference in terms of risk-benefit.

For example, a single shot of the Johnson & Johnson or AstraZeneca vaccine is likely to carry a far lower risk of myocarditis than three Moderna shots.

Why aren’t our public health officials in the U.S. acknowledging this?

Some other industrialized countries have already banned or restricted the Moderna vaccine for young people. Germany and France did this back in November 2021. Five Scandinavian countries, including Finland, Denmark, and Sweden, did it in October 2021, and Iceland halted Moderna for all age groups.

These countries are making decisions based on the available evidence.

But here in the U.S., our decisions seem to be based more on tribalism and ego. And the result of this will be thousands of unnecessary and completely preventable cases of myocarditis, some of which will be quite severe and possibly even fatal.

We’re willing to sacrifice the health and well-being of our young people—males in particular—at the altar of political expediency and “team affiliation.”

This is unforgivable. And it will haunt us for decades to come.