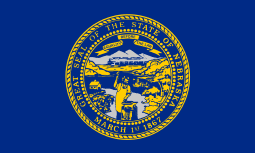 On Jan. 25, for more than five hours, medical professionals spoke about alternate ways to treat COVID-19 before U.S. Sen. Ron Johnson of Wisconsin.

The panelists generally said conventional treatments of COVID-19 ignore, and frequently condemn, some of the most effective and least costly treatments such as ivermectin and hydroxychloroquine.

Critics on the other hand say Johnson is a far right politician. However, he recently filed for reelection, so yet this year, we will learn what Wisconsin voters think of him.

Johnson, undeterred by the controversy, described the panelists as “a group of world-renowned doctors and medical experts” who gave “a different perspective on the global pandemic response.”

The panel brought together several critics of conventional COVID-19 medical treatments. Their criticism of conventional treatments quickly found a wide audience. A 38-minute video synopsis of the discussion garnered nearly 900,000 views on the internet in 7 days.

Although that number of views is substantial, for many people, its popularity on the internet comes as no big surprise. The internet is rife with theories and perspectives about COVID-19. Some wild theories sketch out some of the darkest conspiracies imaginable. But other, more plausible theories maintain that power and money have corrupted the integrity of the U.S. medical system.

The more believable theories point to massive government spending, a general trend toward centralized health care, and political partisan hostility, all of which have contributed to corrupt decision making, so much so that U.S. authorities have virtually condemned simple, affordable treatments of the COVID-19 virus.

Of course, many defend the medical establishment and dismiss the alternative voices, describing theorists as “truther rants” and other choice terms.

Controversy over how to treat COVID-19 spans the globe, the country, and not so long ago, it landed on the desk of Nebraska’s top attorney. Nebraska officials entered the debate last fall.

The Nebraska Department of Health and Human Services, which regulates the medical profession in Nebraska with a system of credentials and licenses, was compelled in September to consider if it could legally sanction doctors who prescribe “off-label” use of medications such as ivermectin and hydroxychloroquine for COVID-19.

DHHS asked the state attorney general for his opinion.

The AG gave the topic considerable study, and one month after DHHS made the request, the AG office issued a 48-page written response, complete with 300 footnotes citing their sources of information.

The AG did not find clear and convincing evidence that a physician utilizes ivermectin or hydroxychloroquine for COVID-19 should be sanctioned, so long as the patient first gives his or her informed consent.

The AG reached that conclusion after studying most aspects of the situation. They found that ivermectin was developed in the 1970s, and while its first use was to treat parasites in animals, it has been used in humans since the 1980s. In 2015, the developers of ivermectin received a Nobel prize for their work.

By 2017, ivermectin had “demonstrate[d] antiviral activity against several RNA viruses by blocking the nuclear trafficking of viral proteins,” researchers said.

Since the COVID-19 pandemic began, researchers have conducted more than 20 randomized controlled trials (RCTs) and more observational trials about ivermectin’s effectiveness against COVID-19, and many of the trials clearly showed promise, the AG report said.

The AG report devotes several pages to discussing the criticisms of ivermectin as a COVID-treatment from such prestigious agencies as the FDA and ivermectin developer, the Merck company.

The AG that the criticism lacks sufficient merit.

The report discusses the FDA statements at length, and also says this about Merck.

“The drug company Merck, a premier, research-intensive biopharmaceutical company, is the original patentholder on ivermectin, but it does not profit from ivermectin anymore. That likely explains why Merck declined to ‘conduct clinical trials’ on ivermectin and COVID-19 when given the chance.”

Second, Merck has a significant financial interest in the medical profession rejecting ivermectin as an early treatment for COVID-19. “[T]he U.S. government has agreed to pay [Merck] about $1.2 billion for 1.7 million courses of its experimental COVID-19 treatment, if it is proven to work in an ongoing large trial and authorized by U.S. regulators.”

That treatment is molnupiravir, an anti-viral drug that has recently been widely distributed, including to North Platte.

“Molnupiravir aims to stop COVID-19 from progressing and can be given early in the course of the disease,” the AG report says. “On Oct.1, Merck announced that preliminary studies indicate that molnupiravir “reduced hospitalizations and deaths by half,” and that same day its stock price “jumped as much as 12.3%.”

“Thus, if low-cost ivermectin works better than — or even the same as molnupiravir — that could cost Merck billions of dollars,” the AG report says.

The report also looked at the wide use of ivermectin against COVID-19 in India and Peru, where it was shown to be effective.

An analysis of the results showed that “The mean reduction in excess deaths, 30 days after peak deaths, was 74% for the maximal [ivermectin] distribution group, 53% for the medium group, and 25% for Lima.”

In other words, when more ivermectin was distributed, fewer people died from COVID-19.

Although the AG made no medical conclusion about any COVID-19 treatment, he found no at all reason to sanction doctors who prescribe it for treatment, as long as patients are informed and give their consent.

That conclusion made national news, but the entire report received little attention.

You can see the entire report HERE.