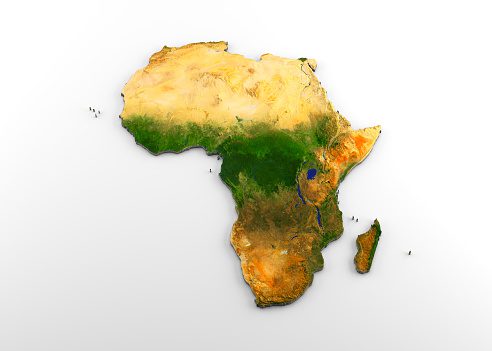 The timing of announcements by the South African and Botswana governments, regarding a new ‘Omicron’ variant with 32 spike protein mutations, sent waves of fear but also disbelief around the world. Hong Kong announced two fully vaccinated cases, while Belgium and Israel also reported cases. There is no proof that this variant of concern is more contagious or lethal. Just last week, news headlines were focused on how Africa has managed to escape the worst of the C19 virus impact. Subscribe to the Trialsitenews “COVID-19” ChannelNo spam – we promise

The Botswana government released a media statement regarding the B.1.1.529 variant in four fully vaccinated residents, while the South African government will meet with its scientists on Saturday to evaluate 77 reported cases. This follows political rallies and elections in the resource-rich country.

Despite WHO cautioning against travel bans, travel to Dubai from Botswana, eSwatini, Lesotho, Mozambique, South Africa and Zimbabwe is suspended from Monday 29 November, while travel from Dubai is permitted. The US, UK and Germany have similar measures. Meanwhile, a video from Twitter shows passengers from South Africa not being allowed to disembark in the Netherlands.

On Friday 26 November, Brazilian-born bioinformatician Prof Tulio de Oliveira tweeted a series of messages just after announcing the new mutant. In it, Oliviera, who spoke on an Illumina SPARK panel with former FDA commissioner and now Pfizer director Scott Gottlieb, appealed for billionaires like Bill Gates and others, as well as the IMF and World Bank, to rescue South Africa and Africa’s “oppressed”. It is unclear whether the appeal is approved by the South African government, whose debt to GDP rate is 83%. Meanwhile, the variant  – detectable with a qPCR test according to Oliviera – seems to have an S-gene dropout, and can allegedly be spotted without full genetic sequencing.

Francois Balloux, professor of computational systems biology at University College London, said, “For the time being, it should be closely monitored and analysed, but there is no reason to get overly concerned, unless it starts going up in frequency in the near future.” By contrast, biochemist, molecular biologist and physicist Dr Doug Corrigan did not mince his views on Twitter.

In well-established virus science, viruses weaken over time and eventually disappear.  The WHO announced earlier this year that South Africa was experimenting with the virus. In July 2020, vehicles with C19 samples were hijacked in South Africa. There have been no public updates on investigation.

While the push is towards more “leaky” vaccines as the only response, and despite pharmaceutical companies admitting vaccines will not stop infection nor transmission; virologist and vaccine expert Dr. Geert van den Bossche told TrialSite News Africa “I feel very concerned about Africa. We need to preserve people’s innate immunity and protect them from mass vaccination. Africa can still build herd immunity whereas the western world has now completely destroyed that option because of massive vaccination of their population.” In a consistent message, he writes about why mass vaccination during a pandemic enhances immune escape and creates an “irrepressible monster.”

In South Africa, the economy for the masses is tanking, with over 30% unemployment, over 70% youth unemployment, and calls for mass protests and economic boycotts. Botswana is Africa’s largest diamond-producing country, with the largest destination being the US. In August 2021, the US government donated 81 000 Pfizer vaccines to Botswana. Over 57% of Botswana’s population is vaccinated. On the announcement of the Omicron variation, economics trading markets showed intriguing chaos, with US and global markets down, and with Pfizer up 6%, and Moderna up 20%.

With 41% of the population vaccinated, the South African government budgeted over 19 billion ZAR on vaccines for 3 years. These experiment products often reach expiry dates. By contrast, budget for repurposed medicines is negligible. The push for vaccines above all else is not sustainable, while cancer, for example, is neglected. On this issue, advocacy groups are raising the public health alarm.