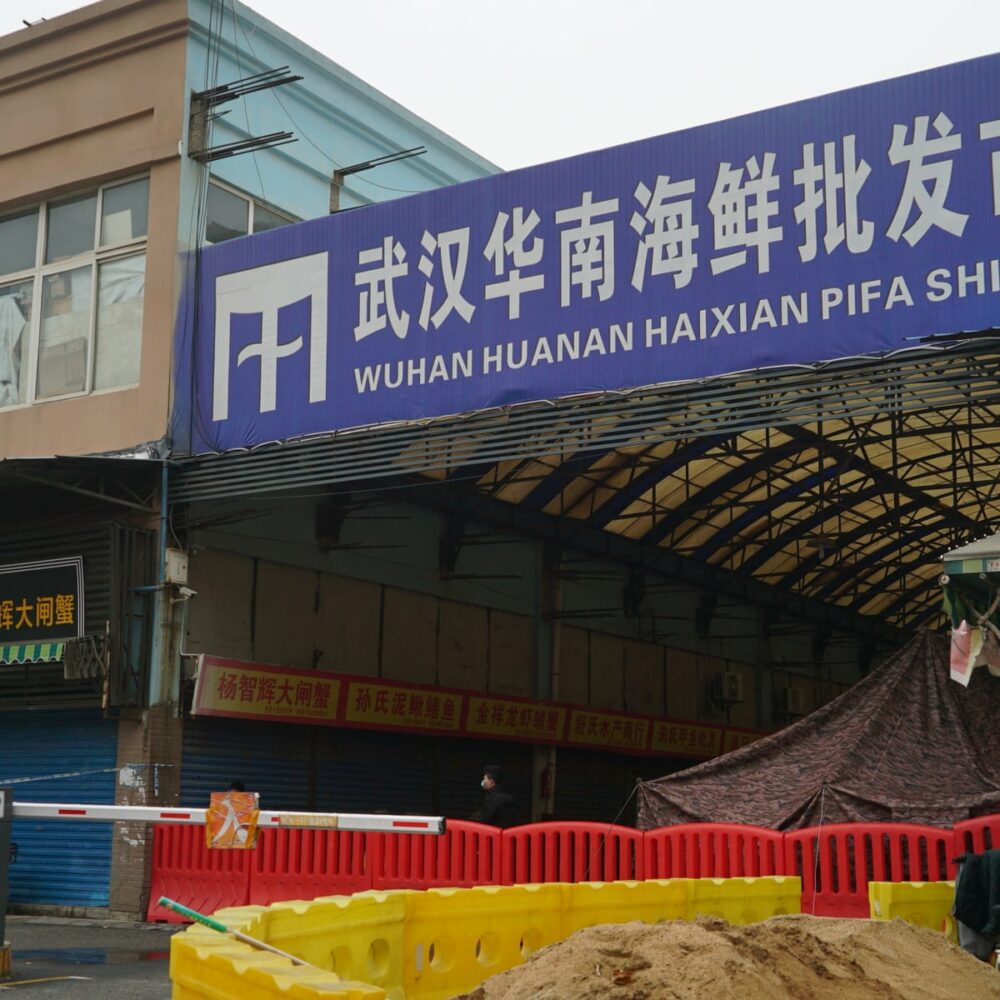 By Carl Zimmer and Benjamin Mueller

Scientists released a pair of extensive studies on Saturday that point to a market in Wuhan, China, as the origin of the coronavirus pandemic. Analyzing data from a variety of sources, they concluded that the coronavirus was very likely present in live mammals sold in the Huanan Seafood Wholesale Market in late 2019 and suggested that the virus twice spilled over into people working or shopping there. They said they found no support for an alternate theory that the coronavirus escaped from a laboratory in Wuhan.

“When you look at all of the evidence together, it’s an extraordinarily clear picture that the pandemic started at the Huanan market,” said Michael Worobey, an evolutionary biologist at the University of Arizona and a co-author of both studies.

The two reports have not yet been published in a scientific journal that would require undergoing peer review.

Together, they represent a significant salvo in the debate over the beginnings of a pandemic that has killed nearly 6 million people globally and sickened more than 400 million. The question of whether the coronavirus outbreak began with a spillover from wildlife sold at the market, a leak from a Wuhan virology lab or some other way has given rise to pitched geopolitical battles and debates over how best to stop the next pandemic.

But some outside scientists who have been hesitant to endorse the market origin hypothesis said they remained unconvinced. Jesse Bloom, a virologist at the Fred Hutchinson Cancer Research Center, said in an interview that there remained a glaring absence of direct evidence that animals at the market had themselves been infected with the coronavirus.

“I think what they’re arguing could be true,” Dr. Bloom said of the new studies. “But I don’t think the quality of the data is sufficient to say that any of these scenarios are true with confidence.”

In their new study, Dr. Worobey and his colleagues present evidence that wild mammals that might have harbored the coronavirus were being sold in December 2019. But no wildlife was left at the market by the time Chinese researchers arrived in early 2020 to collect genetic samples.Photos of animals for sale in the Huanan market.

Animals for sale in the Huanan market in 2019 and 2014, including raccoon dogs, Malayan porcupines and a red fox. Source: Michael Worobey et al., preprint via Zenodo. Photos taken by a citizen and posted to Weibo in 2019 (first three), and by Edward C. Holmes in 2014.

The authors of the new study include researchers who previously published smaller reports that had pointed toward a similar conclusion, but were based on much less detail. Their earlier analysis suggested that the first known case of the coronavirus was a vendor at the Huanan market.

In a separate line of research, scientists at the Chinese Center for Disease Control and Prevention carried out a new analysis of the genetic traces of coronaviruses collected at the market in January 2020. Previous studies have shown that the viruses sampled from early cases of Covid belonged to two main evolutionary branches. The Huanan market samples included both branches, the scientists reported in a study they posted online on Friday.

Dr. Worobey, who said he was not aware of the study until it was made public, said that their findings are consistent with the scenario he and his colleagues put forward for two origins at the market.

“The beauty of it is how simply it all adds up now,” said Jeremy Kamil, a virologist at Louisiana State University Health Sciences, who was not involved in the new study.Map of Wuhan showing the location of the Huanan Seafood Wholesale Market. 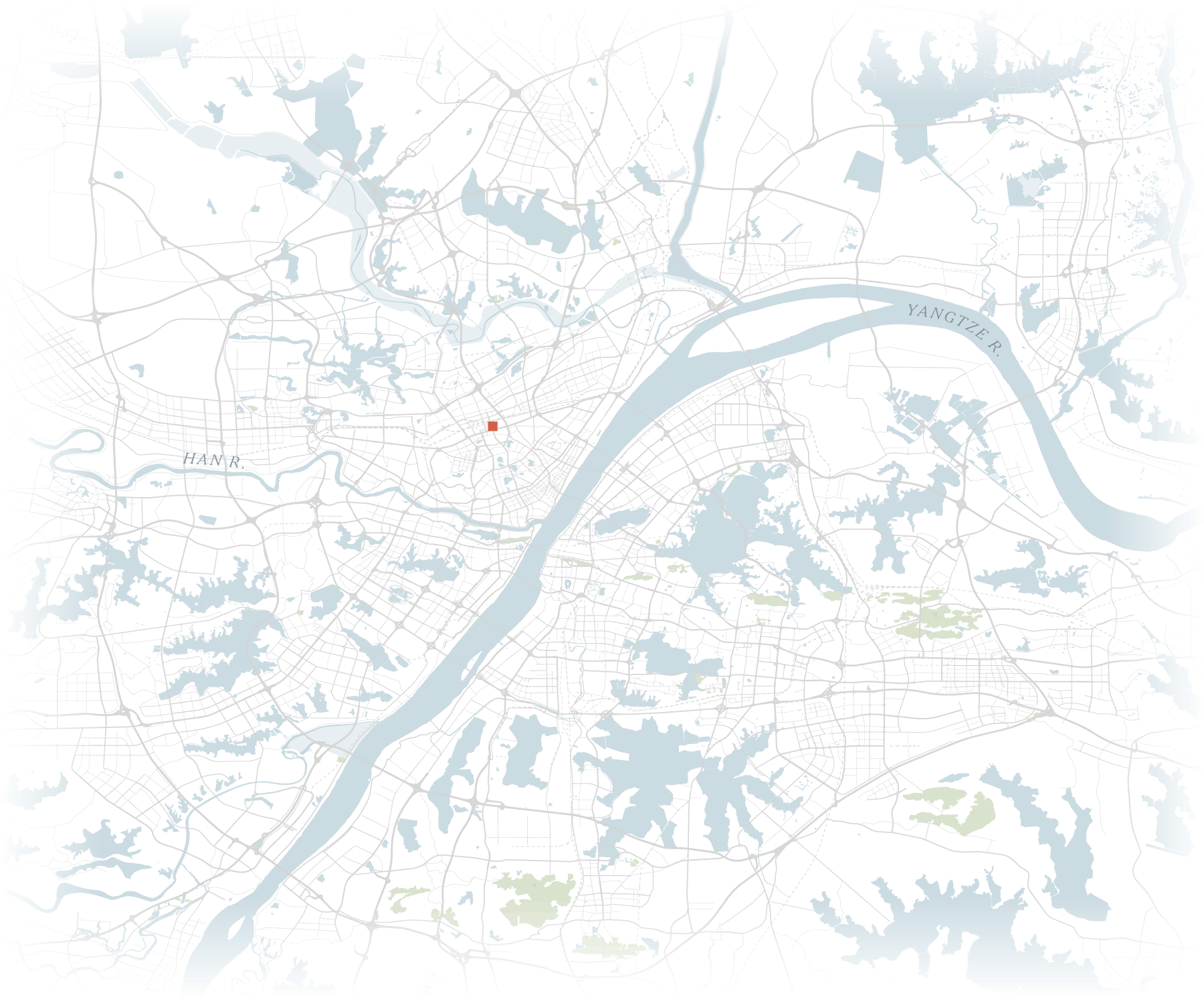 The Huanan Seafood Wholesale Market was an early object of suspicion when Covid first swept across Wuhan. Toward late December 2019, a few people who worked at the market developed a mysterious form of pneumonia. On Dec. 30, public health officials told hospitals to report any new cases of pneumonia linked to the market.

It also became clear at the end of December that a new coronavirus was to blame for the mysterious pneumonia. Coronaviruses have a disturbing history in China: In 2002, another coronavirus sparked the SARS epidemic, which killed 774 people. Scientists later concluded that the virus originated in bats, spread to wild mammals, and then jumped to humans at markets where the mammals were sold.

Fearing a replay of SARS, Chinese officials ordered the Huanan market closed. Wuhan police shut it down on Jan. 1, 2020. Workers clad in hazmat suits washed and disinfected the stalls.

A member of the Wuhan Hygiene Emergency Response Team inside the closed Huanan market on Jan. 11, 2020. Noel Celis/Agence France-Presse

The link to the market seemed to weaken as the coronavirus spread. Meanwhile, questions arose about the research carried out at a lab in the city, the Wuhan Institute of Virology, where scientists studied coronaviruses.

For the new studies, Dr. Worobey and his colleagues estimated the latitude and longitude of 156 cases of Covid in Wuhan in December 2019. The highest density of cases centered around the market.Spatial analysis of Covid cases in Dec. 2019. 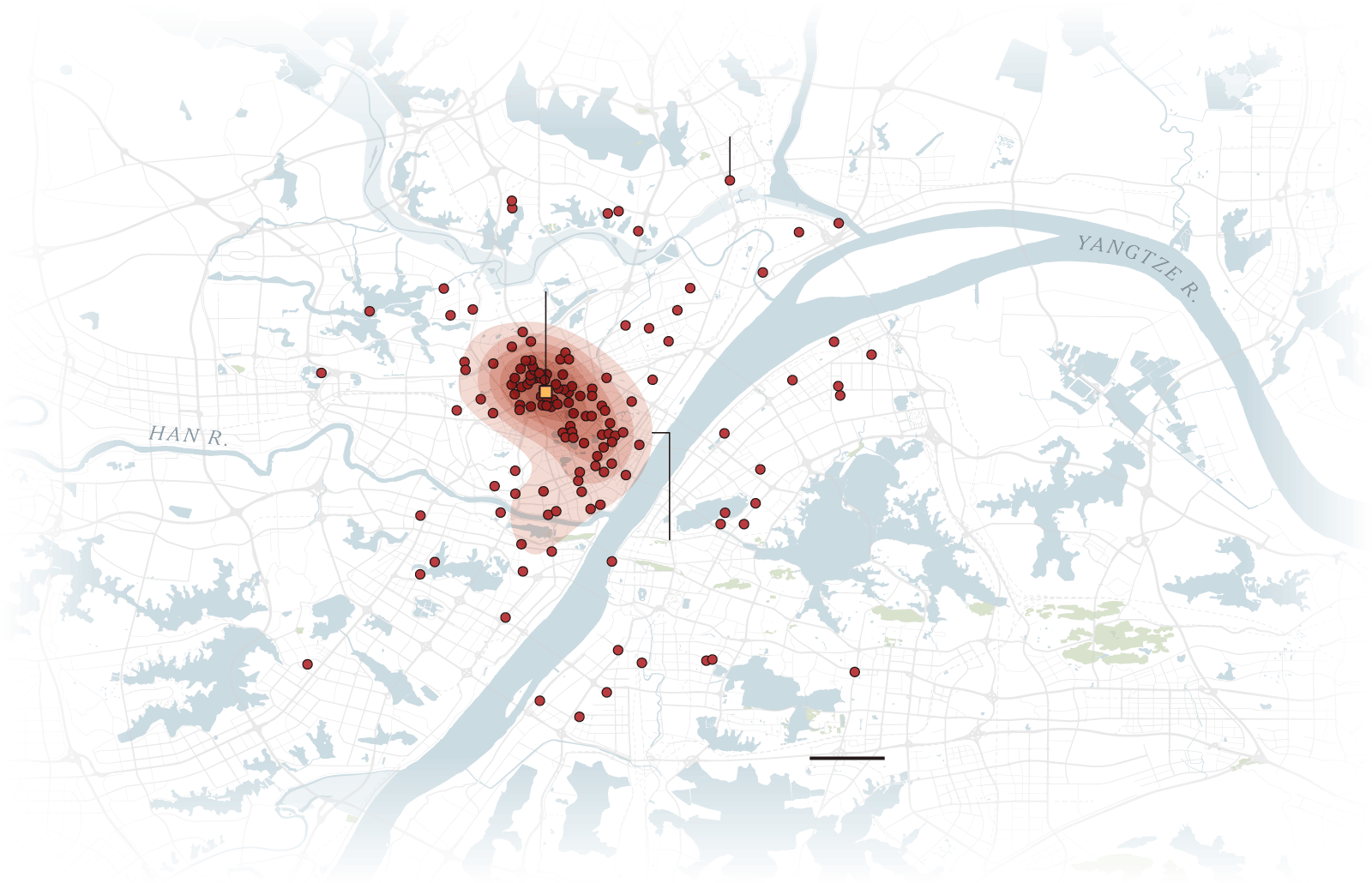 The researchers then mapped cases in January and February. They used data collected by Chinese researchers from Weibo, a social media app that created a channel for people with Covid to seek help. The 737 cases drawn from Weibo were concentrated away from the market, in other parts of central Wuhan with high populations of elderly residents.Spatial analysis of Covid cases in Jan.–Feb. 2020. 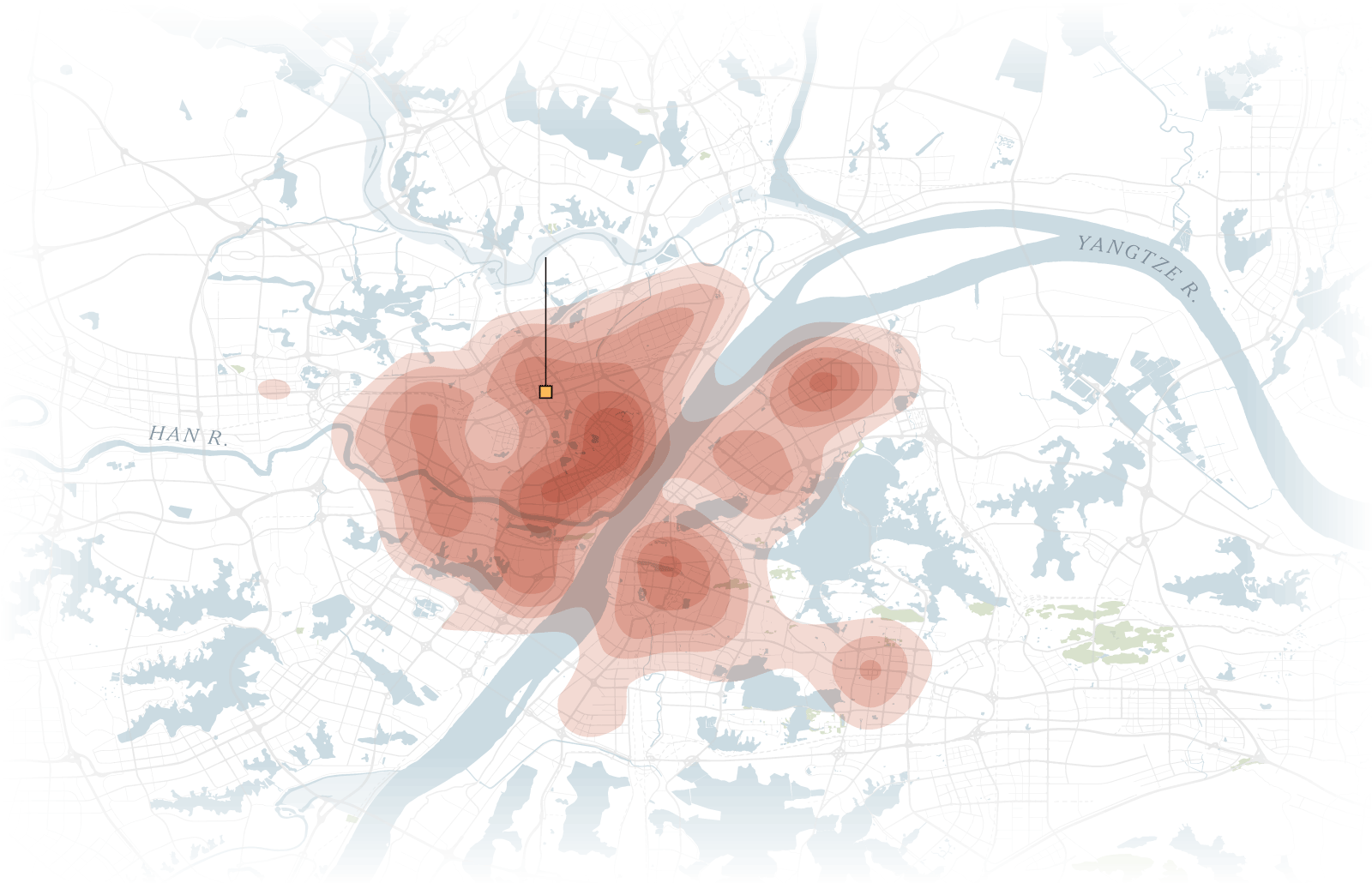 The patterns pointed to the market as the origin of the outbreak, the studies found, with the coronavirus then spreading to the surrounding neighborhoods before moving out farther across the city. The researchers ran tests that showed it was extremely unlikely that such a pattern could be produced merely by chance.

“It’s very strong statistical evidence that this is no coincidence,” Dr. Worobey said.

The researchers also presented evidence that in late 2019, vendors at the market were selling raccoon dogs and other mammals known to be potential hosts of coronaviruses. Genetic samples collected from floors, walls and other surfaces at the Huanan market in January 2020 reveal traces of SARS-CoV-2 in the southwest corner of the market, where the vendors were clustered.The Huanan Seafood Wholesale Market in Wuhan, China. 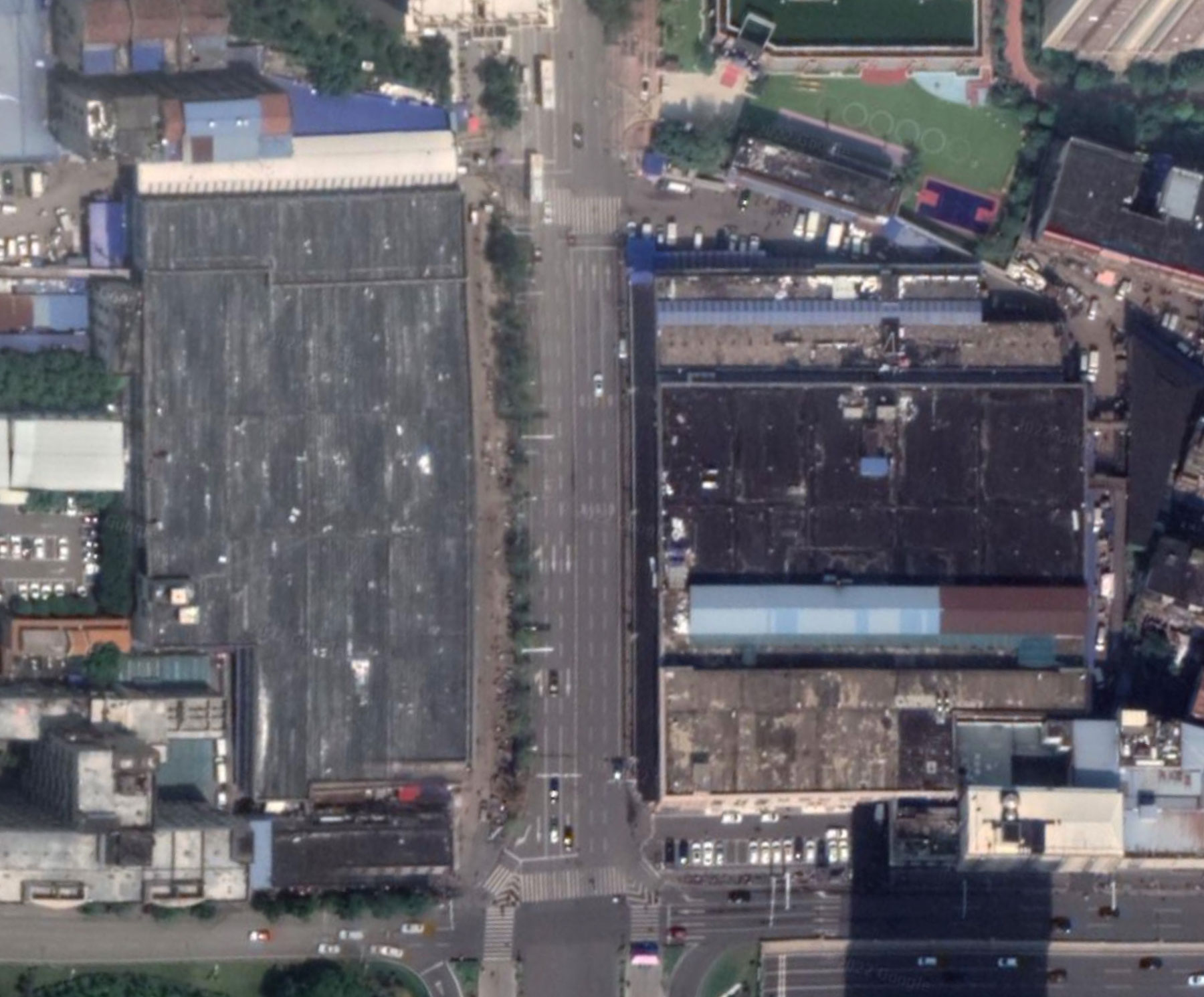 East Side FAZHAN BLVD. Diagram of the Huanan market.

More clues emerged when the researchers created an evolutionary family tree of the coronaviruses sampled during the first few weeks of the pandemic. The tree is split into two major branches, known as A and B. Examining the mutations in each branch, the researchers concluded that they must have originated from animals separately, each adapting to humans on their own.

Lineage B likely jumped to humans in late November or early December 2019, the researchers estimate, while Lineage A jumped within a few weeks after that.

Earlier studies had only identified Lineage B at the Huanan market. But Dr. Worobey and his colleagues found that the two earliest cases of Lineage A were found in people who lived near the market.

The Chinese C.D.C. study published Friday revealed a Lineage A coronavirus on a glove collected when the market shut down. That finding supports the hypothesis that both coronaviruses made the jump from animals in the market.

Dr. Bloom, though, questioned the idea that there had been two separate spillovers. He noted that the Lineage A sample from the market was collected some time after the virus had begun spreading in humans, raising the possibility that it had been brought into the market.

He said that the two lineages also differed by only two mutations, and that one could have evolved from the other as the virus was passed from person to person.

“I am especially unconvinced by the conclusion that there must have necessarily been two different spillovers in the Huanan Seafood Market,” Dr. Bloom said.

The new studies do not pinpoint exactly which animals spread the coronavirus in the Huanan market. But Dr. Worobey and his colleagues said that it might be possible to investigate the mystery further by analyzing the genetic data collected by Chinese researchers. In addition to viral genes, it might also include genes of the mammals that carried them.