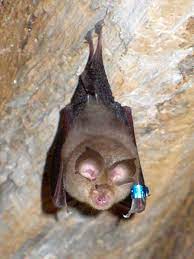 Coronaviruses discovered in Laotian bats are surprisingly adept at infecting human cells, showing that such deadly features can indeed evolve outside of a lab.

The media war over the origins of the virus that causes Covid-19 will continue for a long time.  The mainstream media have come down increasingly strongly on a natural origin, dismissing the arguments for a lab origin in Wuhan, China, as a relatively remote possibility.  This article on Laotian bat viruses as “surprisingly adept at injecting human cells” further strengthens that natural origins thesis.  The best documented case for a lab origin in Canadian journalist Elaine Dewar’s book “On the origin of the deadliest pandemic in 100 years.”  Deeply researched, Dewar concludes that the “preponderance of evidence” points to a lab origin in Wuhan, China or in another Chinese lab. Link to Elaine Dewar’s Book

In the summer of 2020, half a year into the coronavirus pandemic, scientists traveled into the forests of northern Laos to catch bats that might harbor close cousins of the pathogen.

In the dead of night, they used mist nets and canvas traps to snag the animals as they emerged from nearby caves, gathered samples of saliva, urine and feces, then released them back into the darkness.

Three of the Laos coronaviruses were unusual: They carried a molecular hook on their surface that was very similar to the hook on the virus that causes Covid-19, called SARS-CoV-2. Like SARS-CoV-2, their hook allowed them to latch onto human cells.

“It is even better than early strains of SARS-CoV-2,” said Marc Eloit, a virologist at the Pasteur Institute in Paris who led the study, referring to how well the hook on the Laos coronaviruses binds to human cells. The study was posted online last month and has not yet been published in a scientific journal.

Virus experts are buzzing about the discovery. Some suspect that these SARS-CoV-2-like viruses may already be infecting people from time to time, causing only mild and limited outbreaks. But under the right circumstances, the pathogens could give rise to a Covid-19-like pandemic, they say.

The findings also have significant implications for the charged debate over Covid’s origins, experts say. Some people have speculated that SARS-CoV-2’s impressive ability to infect human cells could not have evolved through a natural spillover from an animal. But the new findings seem to suggest otherwise.

“That really puts to bed any notion that this virus had to have been concocted, or somehow manipulated in a lab, to be so good at infecting humans,” said Michael Worobey, a University of Arizona virologist who was not involved in the work.