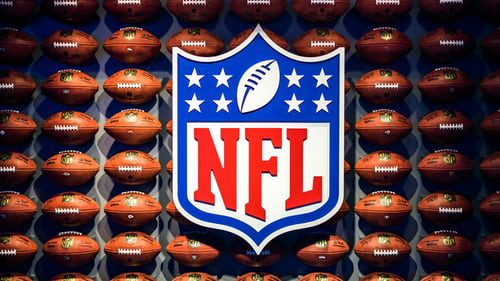 Aaron Rogers, the Green Bay Packers star quarterback went on the record for all that not only is he unvaccinated but that he is taking ivermectin.  He has declared he has concerns for allergic reactions to the COVID-19 vaccines while he also stepped up his criticism of what he calls the “woke mob,” hell-bent, so he claims, on cancelling his point of view from collective existence.  TrialSite can attest that while this is a pro-vaccine and pro-pharma media platform the tracking of ivermectin studies as well as chronicling of COVID-19 vaccine studies demonstrating durability challenges has most certainly triggered unfortunate censorship of this media.

The 37-year-old football star recently tested positive for COVID-19 reported many mainstream media.  Under fire for not getting his two jabs, the reigning NFL MVP declared he commits similar dedication to studying COVID-19 vaccines as he does prepare for a game.

Recently covered by numerous media Rogers went on the record “Look, I’m not, you know, some sort of anti-vax flat earther. I am somebody who is a critical thinker” declared the star athlete on The Pat McAfee Show on Sirius XM.

He continued “I believe strongly in bodily autonomy and ability to make choices for your body: Not have to acquiesce to some woke culture or crazed group of individuals who say you have to do something. Health is not a one-size-fits-all for everybody.”

Like many celebrities and people of means NFL star was able to secure a monoclonal antibody (mAbs) treatment while taking the ivermectin, like what Joe Rogan did when he was infected with SARS-CoV-2, the virus behind COVID-19.   Much of the common population struggles to find access to mAbs while the ivermectin supply in physician off-label use scenarios becomes increasingly difficult to access due to pressure on pharmacies.

Rogers disclosed that he has become friend with the nation’s most popular podcast star declaring on the Sirius XM show “I consulted with a now good friend of mine Joe Rogan, after he got COVID, and I’ve been doing a lot of stuff that he recommended.”

Super Bias or Protecting the Public?

The mainstream media continues to emphasize that the drug is primary used to ‘deworm animals” which is only a partial truth. In fact, the drug has done wonders for the developing world to help eradicate River Blindness in Africa as part of the tremendously successful Mectizan program. Called a “wonder drug” the developers won the 2015 Noble Prize while over 60 studies indicate some positive data points. Yet most health authorities don’t concur with the quality of these studies.

However, TrialSite attests considerable mainstream media, as well as social network bias including, and unfortunately a scandalous move by the U.S. Food and Drug Administration (FDA) to delegitimate the drug—see the article here. TrialSite secured an FOIA-based email showcasing high-level operatives in the ‘Gold Standard’ agency bragging about how many tweets their “snarky” campaign on Twitter titled ‘You’re not a horse.’ While weekly legitimate off-label prescriptions went from about 3,000 to nearly 90,000 in America, the FDA sought to stop this by conflating this latter legitimate use from the former illicit self-medication-based use.

TrialSite includes a more unbiased fact sheet on ivermectin here. This media shared that there is no certain proof that the drug helps, however we have chronicled account that there are most certainly accumulating positive data points that suggest ongoing study at proper dose regimens.

Moreover, the drug’s safety profile is well known and the federal government should not be in the business either directly or indirectly of intervening between doctors and their patients–even if it is done indirectly through physician and pharmacy societies and the mainstream media which has become highly corrupted at this point. Regardless the effort to reduce access is most certainly working.

Based on the enormous amount of taxpayer money pouring into pharmaceutical companies during the pandemic—chronicled every step along the way by this media platform—it becomes ever more apparent that industry has captured regulatory and health agencies at the federal level. This industry capture reaches globally, permeating the  World Health Organization (WHO) for example as well.  The present-day drug development and treatment paradigm driving pandemic response must be critically reviewed and evaluated for reform–at least during emergency conditions.  More than likely the winds of political change will intensify, sweeping in sweeping changes starting next year as too many common-sensed folks smell a highly biased, corrupted reality.