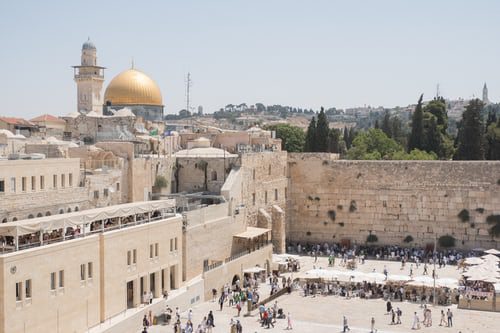 The prospect for an endless stream of jabs becomes ever more distinct, one can just sense it in their bones. Yesterday Salman Zakra, Israel’s national coronavirus czar, called out to the “Kan” public that the population needs to start preparing for a fourth COVID-19 vaccine. Not specifying the timing nonetheless not even a year has passed, and Israel is deep into the third booster and with only partial data, these kinds of proclamations are grossly negligent at best and far more nefarious if one opts for a cynical interpretation. Or is the acceptance already at this early stage still in the pandemic that an endless stream of jabs is not only inevitable but also prudent?

The whole situation becomes more bizarre as it turns out the Times of Israel reports that Zakra made similar comments during an interview with the Times of Israel last month declaring not only that we will need to prepare for a fourth, but also a fifth, a sixth and perhaps an ongoing occurrence mentioning “the possibility of subsequent waves.”

A Shot ‘Every Few Months’

In an unbelievable disclosure Zakra, also a medical director for Ziv Medical Center during that interview declared the following:

“And thinking about this and the waning of the vaccines and the antibodies, it seems every few months—it could be once a year or five or six months—we’ll need another shot.”  So rather than any questioning of a vaccine-centric only strategy, the waning early-stage vaccine product, and variants such as Delta this novel vaccine marketer suggests all Israeli society simply line up for an ongoing progression of mRNA vaccine jabs.

In fact, Zakra even expects specialized jabs covering the various variants. The monetization potential for pharmaceutical companies boggles the mind. Already Pfizer is projected to generate $33 billion in their first full year of vaccine sales—this staggers the mind as most pharmaceutical companies don’t have that kind of revenue in a year with all of their products.

Will the entire society in Israel line up to support such quackery? It’s not responsible at all to declare whether vaccines or therapies are necessary or not until sufficient data is not only generated but fully comprehended.

In the meantime, the “Green Pass” system takes off in Israel—essentially a vaccine passport that gives one a pass into places like public gatherings, eateries, games, or the like. This vaccine passport in Israel expires after the holder receives the second or third dose, reports the Times of Israel indicating that a fourth dose is already in the works.

These responses of course all but guarantee massive demand for these vaccine products, even if they are working only partially well.  Yes, they do reduce the probability of severe SARS-Cov-2 infection but as TrialSite has followed in Israel a whole lot of fully vaccinated folks are falling quite ill as well, in many cases requiring hospitalization.

In the meantime, Israel’s population, especially those in their 40s and up are overwhelmingly vaccinated yet the pandemic’s Delta-variant-driven surge rages impacting the entire society.