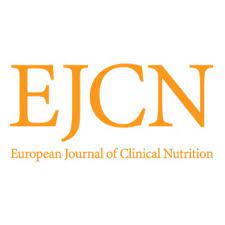 The role of the immune system is to protect the individual against pathogenic organisms. Nutrition is one of multiple factors that determines the immune response and good nutrition is important in supporting the immune response. Immunity can be impaired in older people, particularly those who are frail, in those living with obesity, in those who are malnourished and in those with low intakes of micronutrients. The immune impairments associated with nutritional inadequacy increase susceptibility to infection and permit infections to become more severe, even fatal. The adverse impact of poor nutrition on the immune system, including its inflammatory component, may be one of the explanations for the higher risk of more severe outcomes from infection with SARS-CoV-2 seen in older people and in those living with obesity. Studies of individual micronutrients including vitamin D and zinc suggest roles in reducing severity of infection with SARS-CoV-2. Good nutrition is also important in promoting a diverse gut microbiota, which in turn supports the immune system. The importance of nutrition in supporting the immune response also applies to assuring robust responses to vaccination. There are many lessons from the study of nutrition and immunity that are relevant for the battle with SARS-CoV-2.

Coronaviruses are a large group of single-stranded RNA viruses that cause respiratory and, less frequently, gastrointestinal diseases. The respiratory symptoms caused by coronaviruses range from common cold-like or mild influenza-like symptoms to severe pneumonia. In December 2019, a new coronavirus causing pneumonia and death was identified in Wuhan, China; this new coronavirus is called severe acute respiratory distress syndrome coronavirus (SARS-CoV) 2 (SARS-CoV-2) because it is genetically similar to SARS-CoV which caused an outbreak of severe acute respiratory distress syndrome in 2002. Although SARS-CoV-2 is the seventh known human coronavirus, it is new to the human immune system and so there was no underlying existing immunity against it, explaining why SARS-CoV-2 spread so rapidly and has caused such severe illness; this illness is called coronavirus disease discovered in 2019 or COVID-19. The extent of the health, societal and economic consequences that have arisen due to the presence of SARS-CoV-2 and the severity of COVID-19 have focussed attention on the devastation infectious illness can cause and on the importance of having well-functioning immune systems. Inadequate immune responses have been exposed as a major public health liability in settings where this was previously either not well recognised or simply accepted. Vaccines work by training the immune system to work properly against a pathogen. The apparent effectiveness of the newly-developed vaccines to protect against COVID-19 is evidence of the inherent weakness of the immune system amongst significant subgroups in the population; nevertheless vaccinations themselves require a robust immune response to work properly and there has been some debate about the usefulness of some of the vaccines amongst those groups of the population who may have weakened immune responses. It is also likely that new vaccines will be developed in the future, especially with emergence of new variants of SARS-CoV-2. In the meantime, alongside the existing vaccination programmes, the development of new vaccines and the testing of new anti-viral drugs, it is important to consider other steps that can be taken to support the immune system. This article will describe the influence of ageing, frailty, obesity, micronutrients and the gut microbiota on the human immune system and discuss this in the contexts of SARS-CoV-2 infection and COVID-19.

An overview of the role and organisation of the immune system

The primary role of the immune system is to protect the individual against pathogenic organisms including bacteria, viruses, fungi and parasites. So that it can provide effective protection against the wide array of threatening organisms, the human immune system has evolved to include many different cell types, many communicating molecules and multiple functional responses (Fig. 1). The immune system has four general actions. Firstly, it acts as a barrier keeping microbes from entering the body. Secondly, the immune system acts to recognise microbes and to identify whether they are harmful or not. Thirdly, the immune system acts to eliminate those microbes identified as being harmful; this involves the destructive actions of various types of immune cell. Fourthly, the immune response generates immunological memory, so that if there is re-exposure to the harmful microbe, the immune response is more rapid and stronger than it was for the original response. These complex and sophisticated actions can be achieved because the human immune system is comprised of many cell types (Fig. 1), each with their own individual functional capabilities. These different cell types interact with one another as part of the immune response to assure effective protection of the host from pathogens. The immune system may be classified in different ways, most commonly into innate (or natural) and acquired (or adaptive) immunity (Fig. 1). Innate and acquired immunity are linked and how this is achieved to provide anti-viral immunity is summarised in Fig. 2 [1].