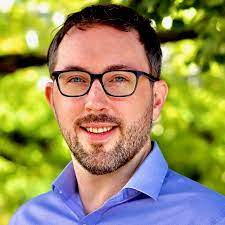 Disclaimer: I am not a medical doctor and this is not medical advice. I have a PhD in Nutritional Sciences, and analyzing research on omega-3 fatty acids falls directly within my expertise, but I am not a dietitian and this is not dietary advice.

Two peer-reviewed randomized, controlled trials suggest that omega-3 fatty acids help hasten recovery from COVID, and when given to ICU patients may make them six times more likely to survive.

The most important omega-3 fatty acids are EPA and DHA. These are found in small amounts in the fat of land animals, especially egg yolks, and especially when those animals are raised on pasture, and in large amounts in fish, fish liver oil, and cod liver oil. Vegan supplements contain these fatty acids extracted from algae.

Generally speaking, it would be easiest for moderate doses of DHA-rich fish oils (providing doses in the hundreds of milligrams) to jumpstart inflammation resolution, while high-dose EPA (doses in the grams) would be a difficult balancing act, since its ability to help or hurt the resolution of inflammation would depend so much on contextual factors like aspirin and probiotics.

The first trial we will look at used Vascepa, a form of high-dose EPA that is FDA-licensed for the treatment of cardiovascular disease and has patents that have been tied up in litigation for years. The manufacturer not only funded the study but played a direct role in analyzing the data. The list of the authors’ conflicts of interest takes up more than a full page! The trial was not blinded or placebo-controlled. It was conducted in Canada.

The treatment was 8 grams per day of the drug for the first 3 days followed by 4 grams for the next 11 days. These doses of the drug provide 7.3 grams and 3.7 grams of EPA. 100 non-hospitalized symptomatic COVID patients received the treatment or served as controls. The treatment more than doubled the likelihood that all symptoms would be resolved by day 17 (52% in the treatment group vs 24% in the control).

The second trial was conducted in Iran, was double-blind and placebo-controlled, was not industry-funded, did not have any conflicts of interest, and tested the effect of 1000 mg per day omega-3 fatty acids in 128 critically ill patients. The omega-3s were delivered in milk, and the placebo was the same milk without the omega-3s. The supplement provided 400 mg EPA and 200 mg DHA per day. The treatment was started within 24 hours of admission to the ICU and continued for two weeks. The patients were followed for a full month. In the primary analysis, the omega-3 supplement increased the number of people still living at the end of one month 7-fold from 3% to 21%.

The primary analysis excluded people who died during the two-week treatment period. A group of three Japanese authors wrote a letter to the editor critiquing this paper, and they pointed out that the relative risk of death within those two weeks was 74% greater in the omega-3 group. However, only 14 people had died by that point, and the total number of people who died in the study was 120. I reanalyzed the death statistics myself after including the full number who died. I used a statistical test called a chi square analysis, and it showed that the results were still strongly statistically significant at P<0.01 and represented a 6.1-fold increase in 30-day survival in the omega-3 group.

The main problem with this study is not that they focused on the 30-day mortality, but that they did not describe mortality as an endpoint at all when they first registered the trial. This means that they could have theoretically waited until their data looked best for mortality to decide where to end the followup. Indeed, their description of the plans for the trial only include 14 days of followup. Nevertheless, 28-day (4-week) or 30-day (one-month) followups for mortality are routine in these types of studies. The authors certainly seem to have shifted what they reported on from what they originally planned, and that does represent an opportunity for bias, but that doesn’t change the fact that two weeks of 600 mg EPA+DHA per day appeared to dramatically increase the probability of survival when initiated after entry into the ICU.

The fact that they created a plan to conduct a trial on ICU patients without measuring mortality at all in the first place speaks more to their poor planning when submitting the trial registry than it does to their conduct of the trial itself or their reporting of its data.

Risk of Bias, But Still Compelling

While the Canadian trial is bogged down in massive conflicts of interest and the Iranian trial has some risk of bias resulting from their divergence from their original plans, the two trials nevertheless agree with one another that omega-3 fatty acids help with recovery from COVID, hastening symptom resolution in non-hospitalized patients, and improving survival in ICU patients.

While our confidence will increase if we get larger trials with a lower risk of bias continuing to show similar results, omega-3 fatty acids are part of a healthy diet regardless, and making sure to get 600 mg EPA and DHA per day during a COVID case does not carry any serious risk. If it might be life-saving, it’s a no-brainer.

The dosing of omega-3 in the Iranian trial is more reflective of what you would expect to need to jumpstart inflammation resolution than the high dose of EPA used in the Vascepa trial.

In Version 7 of the COVID Guide, I followed the dosing of the Iranian study. Since DHA is more reliable as a promoter of inflammation resolution than EPA, I included some flexibility in the balance between EPA and DHA, suggesting 600 mg from the sum, and that each of them are at least 200 mg. Since both trials have some risk of bias, omega-3 fatty acids are listed in the “Best Add-Ons” section rather than the “Essentials” section. This is part of a three-part tiering system between “Essentials, “Best Add-Ons,” and “These Might Help,” depending on the consistency, strength, and trustworthiness of the evidence behind the strategy.

This amount of omega-3 fatty acids could be gotten from two ounces per day, measured before cooking, of wild Alaskan salmon, a half teaspoon of cod liver oil, or a capsule of fish oil. Specific foods and supplements vary in their content, so check the label or a nutritional database. Vegans should use algae-sourced EPA and DHA.

While I don’t see any harm in consuming this amount of omega-3 preventatively, I suspect most healthy people would do fine getting half this much. As a result, the COVID Guide adds in the 600 mg EPA+DHA upon getting sick at the first sign of symptoms. If we synthesize the trial results, taking it before you’re hospitalized may make you recover much faster and avoid the need to ever take it in the ICU. If started in the ICU, however, it may dramatically improve the chances of survival.