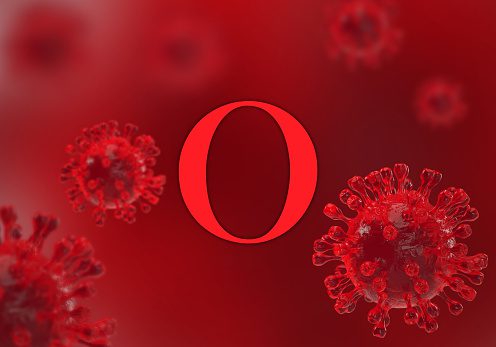 America’s response to the variant highlights both how much progress we have made over the past two years — and how much work remains.

When scientists discovered the highly mutated Omicron variant of the coronavirus last month, it set off an eerily familiar chain of events.

Health experts held somber news conferences that raised more questions than answers. Officials imposed travel bans that very likely came too late. Virus trackers filled in their maps as the variant was reported in country after country. And the rest of us waited, with increasing unease, to learn more about the threat we were facing.

The same sequence unfolded nearly two years ago when the novel coronavirus, SARS-CoV-2, was first discovered. In those early weeks of 2020, the United States proved to be woefully unprepared for the challenges ahead, starting with the most fundamental of tasks: detecting the virus.

“We had a delay of one to two months before we were even able to identify the presence of the virus,” said Dr. Charles Chiu, an infectious disease specialist and microbiologist at the University of California, San Francisco. “And by that time, it had already circulated widely between multiple states and from coast to coast.”

These failures have been well-chronicled, and Omicron is one more sign that the current pandemic, which has now claimed the lives of nearly 800,000 Americans, is not over.

But Omicron is also a dress rehearsal for the next pandemic. The work before us now — detecting, tracking and slowing the spread of a health threat we do not fully understand — is the same work that will be required to stop a future outbreak in its tracks.

The analogy is not perfect. When Omicron arrived, scientists had already developed vaccines and treatments for the virus and were on high alert for new variants. The next pandemic may come with less warning.

“We know that there are pathogens worse than SARS-CoV-2 that are emerging and re-emerging and waiting for their moment to take off,” said Rick Bright, the chief executive of the Pandemic Prevention Institute at the Rockefeller Foundation.

Omicron’s emergence is an opportunity to take stock of both the gains we have made and the ways in which we are still falling short. It is also a call to action: Whatever progress we have made is not enough.

Seek and you shall find

In any other context, it would have been unremarkable: On Sunday, Nov. 28, a San Francisco resident who had been feeling mildly ill took a Covid test. The next day, it came back positive.

What set off alarm bells, however, was that the resident had recently returned from South Africa, where the newly discovered Omicron variant was widespread.

The traveler’s test sample was flagged for priority genomic sequencing, which would reveal the precise genetic code of the virus that had infected the traveler — and whether it had Omicron’s telltale mutations.

Dr. Chiu, the San Francisco microbiologist, was tapped to do the sequencing. By 6 p.m. on Tuesday, Nov. 30, just a few hours after Dr. Chiu first learned about the sample, it was hand-delivered to his lab, packed in dry ice.

Dr. Chiu and his colleagues quickly got to work. Although generating the full sequence takes hours, the scientists chose to use a technique known as nanopore sequencing, which allowed them to analyze the results in real-time, while the process was still underway.

“As the data accumulated, we were able to identify more and more mutations,” Dr. Chiu recalled.

Before dawn, he was certain: It was Omicron, the first case found in the United States. Less than a week had passed since South Africa first publicly announced the existence of the variant.

We cannot fight what we cannot see, and preventing the next pandemic begins with detecting and tracking the pathogens that threaten us. In that regard, at least, “we’re extraordinarily better off than we were this time last year,” said Joseph Fauver, a genomic epidemiologist at the University of Nebraska Medical Center in Omaha.

The first link in the disease surveillance chain is testing. Who is infected and where are they? Without accurate, timely testing, it can become impossible to curb the spread of a pathogen.

Unfortunately, America bungled testing from the beginning. The Centers for Disease Control and Prevention distributed faulty test kits, while supply shortages and regulatory delays created an epic mismatch between supply and demand. In the summer and fall of 2020, waits at testing sites could stretch for hours; the wait for results could take a week or more. There was no coordinated national testing plan.

These missteps allowed the virus to spread, unseen and unchecked, increasing the burden on hospitals and making other mitigation measures more difficult. Without accessible testing, the strategy that helped other countries break the chain of transmission — swiftly identifying people with the virus, isolating them and tracing their contacts — stood little chance.

More and more tests won emergency authorization from the U.S. Food and Drug Administration, including rapid, at-home tests that delivered results on the spot.

“We’ve moved from hospitals to central labs to your living room,” said Mara Aspinall, an expert in biomedical diagnostics at Arizona State University. (Ms. Aspinall is on the board of directors of OraSure, which makes Covid tests.)

The C.D.C., which initially imposed stringent requirements on who could be tested for the virus, began recommending routine screening as a tool to curb transmission. By the time Omicron was in the headlines, it was no longer remarkable for a 5-year-old to swab his own nose before school or for an ailing San Francisco resident, recently returned from South Africa, to get P.C.R. results back in 24 hours.

“It’s like a night and day comparison between where we were at the beginning of the pandemic,” Ms. Wroblewski said.

But the United States is still doing less daily testing per capita, and it has a higher share of tests come back as positive, than many other high-income countries, according to the Johns Hopkins Coronavirus Resource Center.

“We haven’t done a great job on making tests available,” said Dr. Ezekiel J. Emanuel, a bioethicist at the University of Pennsylvania who was a member of President Biden’s Covid-19 Advisory Board during the presidential transition.

P.C.R. processing times still vary widely, while rapid tests can be difficult to find in stores and remain beyond the budget for many Americans, especially because they are designed to be used frequently. (The Biden administration’s new plan to have health insurers reimburse members for at-home tests may help but has its limitations.)