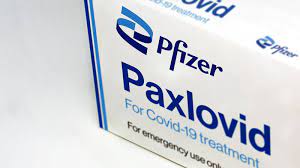 Paxlovid, the oral Pfizer treatment for COVID-19, appears headed for emergency use authorization in Europe.

Paxlovid is the first oral antiviral COVID treatment recommended in the European Union.

The United States Food and Drug Administration granted conditional use authorization to Paxlovid in December.Subscribe to the Trialsitenews “Ivermectin” ChannelNo spam – we promise

The U.S. emergency use authorization followed results last month of the second and third phases of Pfizer’s Evaluation of Protease Inhibition for COVID-19 in High-Risk Patients clinical trial, which found that Paxlovid significantly reduced the risk of hospitalization or death for any cause by 89 percent compared to placebo in non-hospitalized, high-risk adult patients with COVID-19 treated within three days of symptom onset.

The authorization of the COVID treatment increases the likelihood that Europe will move to a hybrid model of endemic management that includes the use of a growing variety of therapeutics and away from the strict use of lockdowns and continent-wide vaccine mandates.

Paxlovid includes two tablets: PF-07321332, which reduces SARS-CoV-2 replication, and ritonavir, which enhances the first ingredient’s potency by prolonging its metabolism in the body.

CHMP evaluated data from a study involving patients with COVID-19 showing that treatment with Paxlovid reduced hospitalizations or deaths in patients with one or more co-morbidities.

The study focused on patients who received Paxlovid or a placebo within 5 days after experiencing COVID-19 symptoms and who did not receive treatment with antibodies.

0.8% of Paxlovid vs. 6.3% of Placebo Trial Group Hospitalized

No deaths occurred in the Paxlovid group and 9 deaths were recorded in the placebo group.

The majority of patients in the study were infected with the Delta variant. There is evidence that Paxlovid may provide significant, but reduced, protection against Omicron and other variants.

The EMA’s medicine committee determined that Paxlovid is safe and side effects are “generally mild,” despite noting that ritonavir is contraindicated for many other medicines. Most alarmingly, Paxlovid interacts with many heart medications.

Paxlovid’s carton will be printed with product information that will include warnings about risks and Pfizer has posted contraindications on Paxlovid’s website, which can be accessed by a QR code. In addition, Pfizer is expected to contact physicians directly to guide them on the appropriate use of the treatment. Under EMA’s emergency use authorization all European Union member states can avail themselves of Paxlovid.

Paxlovid’s speedy approval by two of the world’s most influential public health regulators stands in stark relief against the tortuous path of other therapies with similar mechanisms of action, such as ivermectin, a cheaper off-label drug.

Despite ivermectin’s affordability and its lack of Paxlovid’s dangerous contraindications, the FDA, the World Health Organization and other regulatory bodies have warned against its use outside of clinical trials.

Some pharmaceutical experts have claimed that both drugs are protease inhibitors that act upon viral proteins involved in COVID-19, including the 3CL protease.