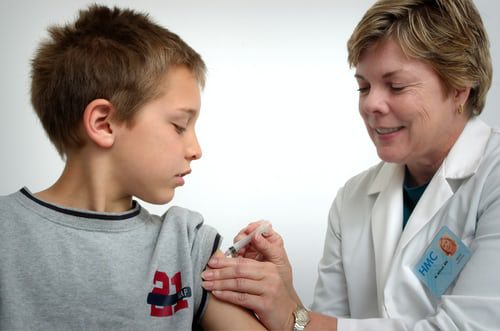 The American Academy of Pediatrics (AAP) recently came out with a message cautioning the American public not to inoculate children 16 and under off-label even though the Pfizer-BioNTech vaccine was formally approved by the U.S. Food and Drug Administration (FDA). TrialSite reported in a strange anomaly of a registration, emergency use authorization (EUA) still stands thus, even though the label precludes under 16, young people aged 12 to 15 can still receive the vaccine under that mechanism. While, of course, not acknowledged by authorities, the branched EUA/approval ensures that existing EUA products in circulation can be used up while mounting employer mandates now have tremendous legal authority backing them. Regardless, the AAP is on record that no child under 12 should be vaccinated off-label until sufficient clinical trial data is collected, analyzed and the authorities deem such a move safe.

In a piece authored by AAP News, Editor Melissa Jenco, AAP President Lee Savio Beers, MD, FAPP issued a statement, declaring, “The clinical trials for the COVID-19 vaccine in children ages 11 years old and younger are underway, and we need to see the data from those studies before we give this vaccine to younger children.” The organization’s head continued, “The dose may be different for younger ages. The AAP recommends against giving the vaccine to children under 12 (years) until authorized by the FDA.”

What follows is a breakdown of this influential physician association’s logic and points of view followed by a critical question for all.

What are the current COVID-19 vaccination rates in America?

AAP reports that among those 16 -17 years, 43% have received a vaccine while 33% of adolescents aged 12-15 are fully vaccinated, reports Ms. Jenco. The senior editor reminds all that at this point, 62% of all adults in America are fully vaccinated based on data from the Centers for Disease Control and Prevention (CDC) as well as an AAP analysis.

Why does AAP recommend not vaccinating kids under 12?

The current FDA licensure of the vaccine (Comirnaty) applies to kids and adolescents aged 16 and older, the same group that was covered by the emergency use authorization granted in December 2020.

Because under a carefully engineered registration, the FDA essentially allowed a two-track program where the EUA continues as well as the formal approval. Meaning, under the EUA, children 12 to 15 could receive the vaccine. Thus the AAP “strongly encourages all eligible individuals to receive the COVID-19 vaccine, including those who are 12-15 years old”—but again that would be under the EUA legal mechanism.

What milestone is the AAP awaiting to greenlight kids 12 and under?

As the organization’s president declared, ongoing clinical trials for children 11 and younger are on their way, the physician organization dedicated to pediatrics declared they must first view the data before recommending any vaccines for this vulnerable young cohort.

Was the FDA’s authorization influenced by political or policy considerations?

TrialSite believes it was so. The AAP acknowledges that “FDA officials are on the record recently that “they hope full authorization of the vaccine will help address concerns among people who have been hesitant.”

TrialSite suggests the way the registration was designed it also serves to legally back vaccine mandates of wide numbers of public employees, from 800,000 military personnel to state and municipal employees. But this is the TrialSite opinion based on the data and facts as we see them.

But how could the registration of the vaccine be done when the clinical Pfizer-BioNTech clinical trial is ongoing?

First of all, technically, that’s correct—the pivotal Phase 3 study still has a couple of years to go. A lot can happen in that span of time. The clinical trial was scheduled to run a couple of years, but given the urgency of the pandemic and data in hand, the FDA made the call that the time was now. In fact, Janet Woodcock, FDA’s Acting Commissioner, declared, “This is a pivotal moment for our country in the fight against the pandemic.” Woodcock, who recently did the right thing calling for an external investigation of the Gold Standard agency after the Biogen Alzheimer’s disease drug’s approval seemed rushed, went on, “While this and other vaccines have met the FDA’s rigorous and scientific standards for emergency use authorization, as the first FDA-approved COVID-19 vaccine, the public can be confident that this meets the FDA’s gold standard for safety, effectiveness, and manufacturing quality that we require of an approved product.”

No, they did not. As TrialSite reported, the agency bypassed the standard process for the Comirnaty decision, bypassing Advisory Committee participation, for example. This included preclusion of any consumer representation.

On the other hand, the FDA declares they have met their public obligation via an iterative methodology during the EUA process. So the answer to this question depends on one’s point of view.

Is TrialSite alone in this concern about a rushed approval?

No, not at all. Many people across society are very concerned. A notable mainstream medical journal’s senior editor of the prestigious medical journal The BMJ is quite concerned. Recently he outlines several concerning elements involving this unprecedented, accelerated approval in an opinion piece. Note that Doshi and others formed the Coalition Advocating for Adequately Licensed Medicines (CAALM), which has formally petitioned the FDA to halt the COVID-19 vaccine approvals this year. More can be read here.

But what about vaccine safety with so many incidents in VAERS?

The FDA hasn’t recognized much of the signals in the VAERS database that many researchers have uncovered. Advocates have pleaded with them, but such calls go on deaf ears. Instead, the FDA reports that solid efficacy data derives from 40,000 people, half of whom received the vaccine and half of whom received a placebo. The data from this point of view indicate that the product, Comirnaty, is 91% effective in preventing COVID-19 disease.

Moreover, Dr. Peter Marks, MD, Ph.D., director of the FDA’s Center for Biologics for Evaluation and Research, suggests after evaluating 44,000 study participants (half receiving the vaccine), with a subset followed for at least four (4) months and another 12,000 followed for at least six months, the FDA was comfortable with that data. Again, they did not factor in numerous purported VAERS safety signals observed by independent analysts, except for risks associated with the rare risk of myocarditis and pericarditis, especially a week post the second jab. The risks for these occurrences rise for males under 40. From the FDA perspective, the vaccine is sufficiently safe, and given the risks of COVID-19, particularly with the Delta variant, the registration is appropriate.

How much risk do children face with the Delta variant?

More transmissible with a higher viral load, children definitely become carriers of the Delta variant of SARS-CoV-2. The incidence of morbidity or mortality is extremely low, but they have increased as compared to previous pandemic surges due to Delta. TrialSite reported on one CDC study demonstrating some concerning trends.

A recent study in the U.K. highlights the extremely rare occurrences of more severe conditions for children. According to this study, the probability of a child entering the ICU due to COVID is 1 in 50,000 and 2 in a million risk of death.

Yet the AAP’s editor wrote that growth in infections puts more of the young at risk, as one report from the AAP and Children’s Hospital Association reveals. This study suggests a “Four-fold increase from about 38,000 new cases since the week ending July 22,” with children making up 22% of the cases.

However, what the AAP’s Ms. Jenco doesn’t share about this report is that the authors declare, “A smaller subset of states report on hospitalizations and mortality by age; the available data indicate that COVID-19-associated hospitalization and death is uncommon in children.”

Regardless of probabilities or not, TrialSite acknowledges that parents want to protect their children. For most parents, based on the data delivered by the mainstream media, it’s a rational decision to vaccinate a young child.

TrialSite doesn’t attempt to sway individuals one way or another (this is a pro-science, pro-vaccine site) but simply seeks to provide a more objective and comprehensive picture for all health consumers to make the most informed decision. TrialSite notes that the assumption that the vaccine will inhibit transmission with the Delta variant is incorrect and antiquated.

What is the true risk-based assessment to consider for the young?

The true risks associated with children succumbing to serious infection leading to morbidity or mortality versus the probability of an adverse event is a good place to start. Children with co-morbidities face a higher risk with COVID-19.

Note that the CDC also found growing risks associated with the vaccine but still recommended vaccination.

The vaccine should ultimately not be given to children to stop viral transmission because such a decision is based on outdated and incorrect information. If a child is at heightened risk for infection, the parents and physician should objectively weigh the risks and benefits. But our children are our future, and the parents should better understand a proper understanding of true health risks and benefits.

APP wrote that the data is expected this fall, and the FDA’s Dr. Marks committed to expediting agency reviews.