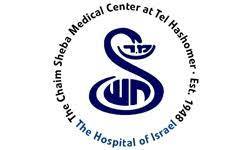 A fourth COVID-19 vaccine fails to offer appropriate protection, reports a Sheba Medical Center-based study in Israel published in the New England Journal of Medicine. This means that a fourth mRNA-based dose may only introduce marginal benefits to young, healthy people.

Published recently in the Jerusalem Post, the interim results released reveal that a fourth dose of either Pfizer or Moderna reveal the vaccine offers little to no protection against contracting the virus when compared to young and healthy people vaccinated with three doses.

Yet there was some positive news in that the vaccine did offer moderate protection against symptomatic infection among the young and health cohort in comparison to those vaccinated three times already.

Gili Regev-Yochay directs the Infection Prevention and Control Unit at Sheba Medical Center and served as principal investigator recently went on the record “Among the approximately 600 participants, 270 who received either a fourth dose of the Pfizer vaccine or Moderna vaccine, we found no differences, both in terms of IgG antibody levels and in terms of neutralizing antibody levels, which reached a level similar to that measured a month after the third dose was administered.”Subscribe to the Trialsitenews “SARS-CoV-2” ChannelNo spam – we promise

The Sheba Medical Center study team also found that infection rates among the inoculated persons were just slightly lower than those study participants in the control group.

Regev-Yochay went on the record that the third dose is “extremely important for anyone who has not yet contracted COVID-19, and the fourth dose is most likely important for populations with risk factors for which a fourth vaccine would protect from serious illness.

This study is added to a series of studies led by Sheba with the aim of providing a scientific basis for managing a pandemic that has wreaked havoc around the globe.”

TrialSite reminds that any consideration of child vaccination should consider a thorough risk-benefit analysis factoring in not only the risks of severe disease (which are low) but also of safety risks such as myocarditis (which are shown to be higher).

Study limitations include its nonrandomized design and the 1-week difference between enrollment in the two intervention groups which lead to bias.

The study team did assess each intervention group separately using a Poisson model to account for calendar time in a bid to overcome this limitation. Moreover, their cohort was too small to allow for accurate determination of vaccine efficacy. But the study designers include wide confidence intervals.