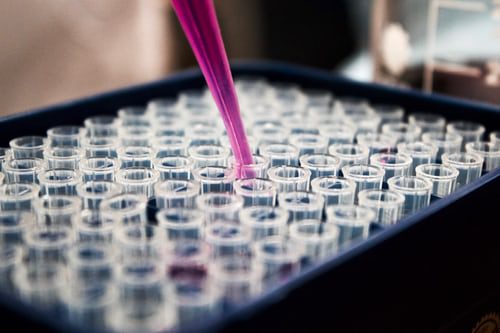 The first part of our saga begins with an article from August 9, 2019 in The Scientist, “Questions Surround Canadian Shipment of Deadly Viruses to China.” We learn that Canada’s National Microbiology Laboratory (NML) sent both Ebola and Henipah viruses to Beijing March 31 of 2019, and this is raising concerns from biochemical war experts who believe China could use these viruses to create biological agents for offensive use. Canada’s Public Health Agency along with the Royal Mounted Police assert that this “incident” is not a threat to public health. This lab is also being investigated following the dismissal of the lab’s head of the Vaccine Development and Antiviral Therapies’ Special Pathogens Program, one Xiangguo Qiu. Back on July 5, Qui, along with her husband/co-worker and a group of international students, all lost their security clearance.

The Cat is Out of the Bag

Henipah and Ebola are classified as bioterrorism agents by the US CDC, and they are easy to spread and cause high death rates. Both are Risk Group 4 pathogens, and they can be handled only in, “a lab with the highest level of biosafety control.” While health officials assert that all proper protocols were met, anonymous sources claims that this transfer shipment did not have a “material transfer agreement,” i.e. a contract spelling out the parties’ rights to intellectual property. Normally, such a document would safeguard Canada’s rights re the viruses if they were patented via the Budapest Treaty deposit, “an internationally recognized system for patenting intentions involving microorganisms.” Leah West, a national security law expert from the Norman Paterson School of International Affairs, notes, “If China was leveraging these scientists in Canada to gain access to a potentially valuable pathogen or to elements of a virus without having to license the patent…it makes sense with the idea of China trying to gain access to valuable IP without paying for it.” While China signed on to the Biological Weapons Convention back in 1984, most experts think the nations is leading the world in bioweapon production. “I would say this Canadian ‘contribution’ might likely be counterproductive. I think the Chinese activities . . . are highly suspicious, in terms of exploring [at least] those viruses as BW [biological warfare] agents,” according to Dany Shoham, biological and chemical warfare expert from Israel’s Bar-Ilan University. Mark Cohen is an expert on intellectual property issues in China, and he offers, “Frankly, if it’s already in China, cat’s out of the bag—-They’re probably culturing it already.”

Our story picks up again on August 25, 2021 with The Epoch Times asserting that, “Samples From Early Wuhan COVID Patients Had Genetically Modified Henipah, One of Two Types of Viruses Sent From Canadian Lab.” A US scientist has found that samples from the original Wuhan patients with COVID-19 disclose the presence of Henipah virus that had been genetically modified. As noted, this virus was sent to China by Chinese-born personnel at the Canadian lab now in a controversy over both the firings and also over collaboration with researchers from the Chinese military. It is not clear at this time if the virus found in Wuhan samples is genetically related to the samples sent from Canada in late March 2019. Steven Quay, a Seattle doctor and scientist who used to teach at Stanford’s School of Medicine, found the evidence while looking at COVID-19 samples which had been put online by the Wuhan Institute of Virology soon after China told the WHO about the outbreak of SARS-CoV-2. The samples were from folks who were reported to have an “unidentified pneumonia disease” at the end of 2019.

Noting that most scientists only wanted to look at the CoV-2 genome, Quay decided to see what else might be in the samples. He worked with several other experts to study gene sequences in the samples. “We started fishing inside for weird things,” Quay said. He says that his discoveries included material that looked like contamination from other experiments at the Wuhan lab, “as well as evidence of Henipah virus.” They discovered a genetically altered Nipah virus (a subtype of Henipah) that is more deadly than even Ebola. The Epoch Times sought out Joe Wang, PhD for further confirmation. Wang had formerly led a SARS vaccine program with a top pharma firm. (Wang is now NTD TV Canada’s president, and this is a “sister company” to The Epoch Times Canada.) Wang was able to duplicate Quay’s discovery re the Henipah virus, and he thinks that the gene manipulation was probably done for vaccine development reasons. Canadian government documents show that WIV’s planned use of the samples from Canada was “stock virus culturing,” aka live storage. Gene manipulation was not in the scope of the agreed and described usage.

Canada has seen controversy over the above-mentioned terminations of  Qiu and her husband Keding Cheng. Opposition parties have been pressuring the government for more information about the case, while the later has refused to share information based on privacy and national security issues. In July 2019, the couple and some Chinese students were “escorted” from Canada’s only containment level 4 lab during a law enforcement investigation. In January 2021 the couple was officially fired. Authorities have said that the firings were resulting from an “administrative matter” along with “possible breaches of security protocols.” On June 21, Canadian House Speaker Anthony Rota criticized the Public Health Agency for not providing documents about the couple’s firing. Qiu visited the WIV several times while working for the Canadian lab; these were in her official capacity and aimed at helping to do training re level 4 safety. Media reports have suggested that NML scientists were working with the Chinese military and that they had hosted a Chinese military researcher who worked at the Canadian lab, “for a period of time.”

“Good to Know…You Trust this Group”

David Safronetz, who is the chief of special pathogens at Canada’s health agency, sent an email to NML administrators in September 2018 informing them of the WIV request for viruses. His email stated, “I trust the lab.” In reply, NML’s chief asks what type of work would be done at Wuhan and why the later would not obtain samples from, “other, more local labs.” He also said that its, “good to know that you trust this group.” Replying back, Safronetz fails to say what the use of the samples will be. But he points out that samples will only be sent when the paperwork and certification are complete. He also notes that WIV is asking NML for the samples, “due to collaboration” with Qiu. He offers, “Historically, it’s also been easier to obtain material from us as opposed to US labs. I don’t think other, closer labs have the ability to ship these materials.” Government MPs are asking NML why the shipments were allowed and whether they had knowledge that China does gain-of-function work at Wuhan. NML’s acting scientific director Guillaume Poliquin informed MPs on March 22 that the lab had been assured that no gain-of-function research would be done with the transferred viruses.