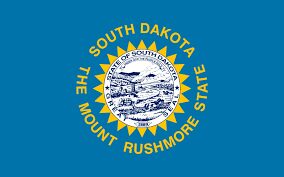 In a growing trend among states, South Dakota’s House of Representatives approved a proposal, 40-28, Monday to endorse ivermectin as an alternative therapy to COVID-19 vaccines.

The lower state legislative chamber voted to advance House Bill 1267, which would allow medical practitioners to prescribe ivermectin, to the state senate.

“A practitioner may, in accordance with accepted medical standards, prescribe ivermectin to a person,” reads the simple three-sentence legislative bill.

South Dakota is the latest state to propose protecting doctors’ ability to prescribe ivermectin as an alternative: Indiana, Kansas, Tennessee, and Oklahoma have all proposed similar laws. A Pennsylvania state House committee has also advanced a bill protecting doctors who prescribe the Nobel Prize-winning drug.Subscribe to the Trialsitenews “Ivermectin” ChannelNo spam – we promise

Legislative bills are a reaction to a surge in prescriptions for ivermectin as awareness of the drug’s potential effects on COVID infection increased, as hospitals and pharmacies denied ivermectin prescriptions and hospital administrations and medical boards penalized clinicians who attempted to deploy the medicine to patients.

Federal and state public health officials have also issued sternly worded warnings about the hazards of the drug, despite its exceptional safety profile.

The South Dakota bill was proposed by Republican Governor Kristi Noem, who has been strident in her defiance of national trends on masking and vaccine mandates. Noem’s bill permits employees to get exemptions from their employer’s vaccine mandates.

The legislation is now before the South Dakota Senate.

Noem has taken a measured approach to the coronavirus response, abbreviating shutdowns, rejecting sweeping mandates, and promoting vaccination by choice in her high plains state.

Her office claimed Noem takes “a middle ground between health experts urging vaccines and those opposed to mandates altogether.”

Fifty-nine percent of South Dakotans are fully vaccinated, which is below the national average of 64 percent. As of Monday, South Dakota reported 259 people hospitalized with Covid-19, down from 400 last month.