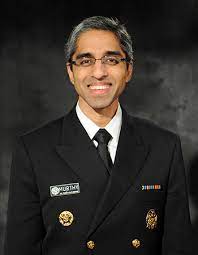 Surgeon General Vivek Murthy said while it is understandable that much of the public is likely growing fatigued with the ebbs and flows of the coronavirus pandemic, he is optimistic the nation is now in a better position to beat it than when the outbreak began.

“Well, certainly, I can understand that fatigue and the frustration that many people have about where we are in the pandemic right now. It has been almost two years. We’ve lost so many people and our lives have been changed fundamentally,” Murthy said Sunday during an appearance on CNN.

The surgeon general said it is important that public fatigue and new waves of the virus does not “obscure” the progress the U.S. government has made on vaccines, testing and other public health measures.

“So, what I would say to folks out there, so I know it’s tough right now. I know that there’s a prospect of another wave with omicron coming, but we now know more about how to stay safe than we’ve ever known,” he said. “If you’re vaccinated and boosted, your risk of having a bad outcome with COVID-19 is much, much lower and we will get to the end of this pandemic. It’s gone through twist and turns. But we will get there and we will get there together.”

He spoke about the advisory as well on Sunday.

“One of the most powerful things that parents can do is to start a conversation with their children about mental health, to let them know it’s okay if you struggle,” Murthy said. “That doesn’t mean that you’re broken in some way and you’re certainly not the only one because a lot of kids also feel that they’re alone. Starting that conversation is important so kids know that it’s okay for them to come to you for help.”