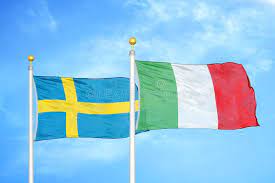 A large team of Swedish and Italian scientists (microbiologists, virologists, immunologists, and others) sought to better understand natural immunity associated with SARS-CoV-2 infection—that is COVID-19 illness. What is the longevity for immunity to COVID-19 following natural infection? The level of so-called durability of natural immunity and even vaccine-induced immunity is just now starting to be better understood. Led by the corresponding author Harold Marcotte with the Karolinska Institutet in Stockholm Sweden the research team monitored SARS-CoV-2 specific immune response in convalescent COVID-19 patients up to 15 months after symptoms started. In this study funded by the EU-ATAC Consortium, the Italian Ministry of Health, the Swedish Research Council, SciLifeLab, and KAW the investigators determined that based on their observations the data implies that antiviral specific immunity, particularly among member B cells in COVID-19 convalescent patients is long-lasting, however, some variants raise concerns. For example, the researchers suggest that the highly transmissible Delta variant may partially evade the neutralizing activity of plasma antibodies.

The study team worked on a previous study finding the longevity of SARS-CoV-2 adaptive immune response at up to 6 to 8 months. They report that previous research reveals that antibody and neutralizing titers are sustained at a significant level for at least half a year post-onset of infection. Specific memory B and T cells are maintained for at least up to 6 to 8 months.

In this latest study, the group of Italian and Swedish scientists followed the adaptive immune response in this same group of convalescent plasma patients for up to 15 months. The team tested specific antibody levels as well as neutralizing antibody titers against variants of concern.

The research team collected 188 serum or plasma samples from 136 mild-to-severe COVID-19 patients including 98 from Italy and 38 from Sweden. The study design factored in 108 negative controls as they compared the two cohorts to include measurement of plasma anti-RBD and anti-S antibody titers.

The researchers declared that first after a peak day 15-28 post-infection the IgG antibody response and plasma neutralizing titers gradually lowered over time however stabilized after six months. Moreover, plasma neutralizing activity targeting G614 was continuously identified in 87% of the patients at month number 6 to 15 post infection.

They found that some variants raised concerns. For example, they found that the highly transmissible Delta variant, as well as Beta and Gamma “in plasma collected at early (15-103 days) and late (9-15 month) convalescence were 16-and 8-fold lower, respectively.”

Moreover, the researchers report that “SARS-CoV-2 specific memory B and T cells reached a peak at 3-6 months and persisted in the majority of patients up to 15 months.” However, they caution that “a significant decrease in specific T cells was observed between 6 and 15 months.”

While antiviral specific immunity, particularly among B cells in COVID-19 convalescent patients is long-lasting, some variants such as Delta raise concern, given it can at least partially escape the neutralizing activity of plasma antibodies.

The study had its limitations such as a small number of convalescent patients analyzed between 12 and 15 months. The study team precluded cell phenotyping and they couldn’t distinguish if T cells measured at earlier time points were effector or memory cells. The authors suggest that additional subjects and cell phenotyping could possibly help to represent improved longevity of the immune response development, endurance of memory B and T cells post natural infection, and overall impact of disease severity.

Note that this study was posted to the preprint server and hence hasn’t yet been peer-reviewed—the study should not be cited as evidence yet.

EU-ATAC–known as the Antibody Therapy Against Coronavirus consortium aims at developing passive immunotherapy against COVID-19. The Italian Ministry of Health is part of the Italian national government while the Swedish Research Council, a government agency in Sweden, also contributed to the study.

Also contributing funding was SciFiLab, a world-leading Swedish national center for large-scale research, representing one of the largest molecular biology research labs in Europe and the Knut and Alice Wallenberg Foundation (KAW).