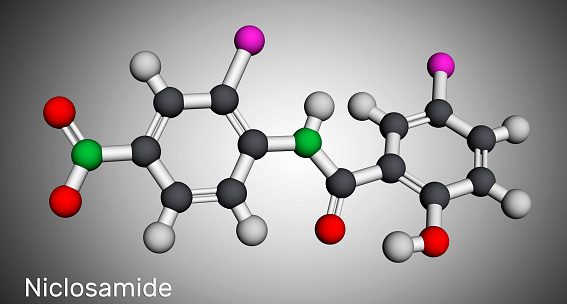 TFF Pharmaceuticals announced it has completed enrollment of 40 healthy subjects in its Phase 1 clinical trial of a dry powder formulation of niclosamide, an antiviral treatment with potential to address COVID-19 and other respiratory viral diseases. TFF develops and commercializes products based on its Thin Film Freezing (TFF) platform, which is designed to improve the solubility and absorption of poorly water-soluble drugs. The platform is particularly suitable to generate dry powder particles with properties targeted for inhalation delivery, especially to the deep lung. TFF Pharma intends to share detailed safety data from the Phase 1 study later this quarter.

The Phase 1 trial consisted of a Single Ascending Dose (SAD) and Multiple Ascending Dose (MAD) portion. The SAD phase of the trial consisted of single inhalation doses of 0.5, 2.0, and 6.0 mg in three cohorts of healthy volunteers, including six volunteers who received active drug and two that received placebo, while the MAD phase consisted of doses of 3.0 and 6.0 mg administered twice per day (BID) for 4.5 days (9 total doses). The Safety Management Committee did not raise questions or concerns about safety and recommended the 6.0 mg BID (12 mg total daily dose) as safe for progression into Phase 2 testing.

Per a global licensing agreement, following results from the phase 1 study UNION Therapeutics A/S has an option to exclusively license the dry powder formulation of niclosamide and will be responsible for the next phase of development.

Niclosamide was approved as an oral anthelmintic drug by the U.S. FDA in 1982. It was recently shown to exhibit potent antiviral activity against SARS-CoV-2 but has limited water solubility as well as low absorption and bioavailability when administered orally. TFF Pharmaceuticals intends to utilize its Thin Film Freezing technology to produce an inhaled formulation of niclosamide to target the lungs directly where SARS-CoV-2 infection occurs, avoiding gastrointestinal side effects and overcoming the bioavailability limitations of systemic administration. As niclosamide targets human cell pathways rather than the SARS-CoV-2 virus itself, it is not affected by mutations in the spike protein and could theoretically work against any emerging variant. A preclinical in vivo efficacy study that showed a seven-fold reduction in lung viral load in a hamster model when dry powder niclosamide was administered 24 hours after inoculation with SARS-CoV-2 when the disease was already severe.