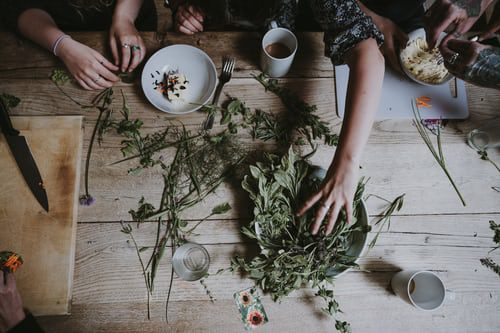 Thailand was hit hard with the Delta variant surge, and vaccination experienced a slow start as the manufacturer granted the license to produce the AstraZeneca/Oxford vaccine had no real experience in vaccine production. Now reports indicate that a cheap, herbal medicine might just be working to treat SARS-Cov-2, the virus behind COVID-19. Just a couple months ago, Thailand’s national cabinet actually approved green chiretta for use in people with asymptomatic or mild COVID-19 infections following a successful study in the prison system here. Most of the nation’s jails now use the herbal remedy with a remarkable track record to the study—90.02% that took the drug got better. These are better results than Molnupiravir, ivermectin, favipiravir, and remdesivir (the latter in a hospital setting). While the drug isn’t a silver bullet nor cure, it may be just what the doctor ordered to treat the 90% of COVID-19 cases that are simply asymptomatic or mild in nature. While the data must still be substantiated, this could be game-changing, bombshell information.

A quick review of the PubMed Citation evidence-base for ‘Covid-19/Sars-Cov-2 and Andrographolide’ (in the plant Andrographis paniculata, commonly known as green chiretta, administered in the prison experiment) show results in the attached document.

An Answer to Crisis?

Often packed, overcrowded jails were infection-rich environments for the SARS-CoV-2 pathogen. With the virus rapidly spreading across the jails, in the six months since April 2021, nearly 25% of the nation’s prisoners were found positive for COVID-19.

While the standard of care here still remains antivirals (favipiravir, etc.) or hospital care, the economical and plentiful green chiretta offers the nation an alternative for the vast majority of COVID-19 patients. That is the 90% or so of COVID-19 cases that turn out to be asymptomatic or mild in nature. Now momentum builds for a pandemic killer—green chiretta to be used at early COVID-19 onset. A critically important time to care for the disease as this can limit the number of cases that progress on to the need for hospitalization.

A rush is now on to produce green chiretta in the prisons and across 24,000 villages while the Thai government continues to monitor clinical trials. Thailand’s ministry of justice Somsak Thepsuthin shared with Sky News’ Asia correspondent Siobhan Robbins at a recent event on the topic, “If we use modern medicines, the cost is 20 times, 30 times, 50 times higher…and in the prisons, it’s very crowded.”

Either way, the secret’s getting out as last month Japan’s Asia Nikkei reported that demand for the herb has absolutely surged.

The herb is known as chiretta (Andrographis paniculate), also known here as Fah talai jone. TrialSite’s Indonesian correspondent suggested a highlight today for the audience in North America and beyond. A number of jails here are using herbal medicine, including Chainat jail.

Used as a herbal medicine commonly in these parts to treat colds, now the herb features front and center in the war against COVID-19. According to one prisoner, one of the prisoners working to grow the crop told a Sky News SE Asia correspondent Siobhan Robbins that “Its properties help reduce fever and coughing,” according to one prisoner. This particular inmate locked up for narcotics must tend to the harvest, which has been used to treat 69,000 other inmates with COVID-19—talk about a real-world study.

What is Green Chiretta?

Called Andrographis paniculate (creat), the annual herbaceous plant falls in the Ancanthaceae family native to India and Sri Lanka. Widely cultivated in south and southeastern parts of Asia, the plant is traditionally used as a treatment for bacterial infections and select diseases.

Sky News reports that the government is now claiming that the recovery rate blows away Molnupiravir and even ivermectin! Out of 11,800 inmates who took the drug to treat SARS-CoV-2 infection, 99.02% recovered.

The Thai sources report that over 700 prisoners took a regimen of 15 pills a day for five days during an August Delta variant variant-driven outbreak of COVID-19 in August. Ms. Robbins reports that the staff declared “all of them recovered.”

According to the jail medic Chitsanuphong Saublaongiw, the traditional medicine is absolutely working to ease mild symptoms.

According to the medic, the herb consists of a substance known as andrographolide, which the Thai prison medical representative believes helps inhibit the viral spread. For example, he suggested, “After taking green chiretta, the prisoners had better chest x-ray results, fewer symptoms, the disease was less severe, and they returned to normal quickly.” He continued, “Asymptomatic patients didn’t develop any symptoms.”

Of course, even if it alleviates symptoms, this herbal medicine isn’t a cure to COVID-19. But remember, neither is Molnupiravir or, for that matter, Ivermectin. Authorities here acknowledge that they need more data such as what is “the suitable amount of andropgrapholide [substance in the plant that triggers the inhibitory effects].” Two ongoing studies involving 1,400 COVID-19 patients investigate the use of green chiretta—results are projected for the spring.

Some have declared this news is overblown. For example, Dr. Amporn Benjaponpitak shared reservations in an interview. The Department of Thai Traditional and Alternative Medicine director-general shared that “Fah Talai Jone can’t provide any real protection against the virus.” His point is that it can be used to treat COVID-19 symptoms, but if the herb doesn’t work in the first couple of days, one cannot depend on it to stop COVID.

But the data coming out of Thailand should not (and will not) be ignored.

The plant is grown and then harvested by the prisoners. They must cut and collect the mature stems then organize and move the plant parts to the ground to be dried by a separate group. A dark green powder is the final ingredient, which is then packed into capsules, reports Ms. Robbins before distribution to other prisons in the area.

Now 141 jails all over Thailand will produce 38 million green chiretta tablets by November—sort of a pharmacy store for prison inmates moving forward.

Moreover, the Thai government continues to study clinical trials ongoing while suggesting that up to 24,000 villages grow the crop to ensure supplies are ready for additional outbreaks.