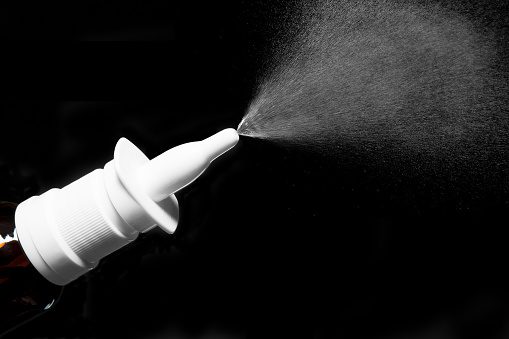 Dr. Iwasaki is a professor of immunobiology at Yale School of Medicine. She studies Covid-19 vaccines and immunity.

The Covid-19 vaccines authorized for use today were developed at unprecedented speed and surpassed expectations in how well they worked. The billions of people who are protected by them have avoided severe symptoms, hospitalization and deaths. These vaccines are a scientific success beyond measure.

And yet they could be even better.

The enemy has evolved, and the world needs next-generation vaccines to respond. This includes vaccines that prevent coronavirus infections altogether.

When the early mRNA vaccines were first authorized in December 2020, the world was dealing with a different kind of pandemic. The dominant strain circulating had a relatively low capacity to spread between people. At that time, not only did the mRNA vaccines provide strong protection against severe disease and death, but they were also highly protective against infections and the virus’s spread as well.

But SARS-CoV-2 continued mutating, and in doing so it has given rise to variants that are more contagious and highly capable at skirting around protective antibodies, causing widespread infections, despite ever growing levels of immunity from vaccines and prior infections. Thankfully, after the booster shot, the mRNA vaccines are still very effective at preventing hospitalizations and deaths, including against the highly contagious Omicron variant.

So, one may ask, if we can eliminate much of the severe disease and fatality risk through a combination of existing vaccines and treatments, why should we worry about infections?

Even mild infections can develop into long Covid, with people suffering long-lasting, debilitating symptoms. Data also suggests that groups like older adults who have been vaccinated but haven’t received their boosters may continue to be at a higher risk for the worst outcomes of Covid-19. Regular infections can pose substantial disruptions to people’s lives, affecting their ability to work and keep their children in school. There’s also no guarantee that people infected with Omicron will remain protected against infections with future variants.

One change that could make vaccines more effective is if they can stop the virus in its tracks, right when it enters the body. This could cut down on infections altogether, as well as the spread of the virus.

The currently available Covid-19 vaccines are injected into people’s arm muscles and are highly capable at combating the virus once people are infected. But they are not as successful at preventing people from getting infected to begin with. To do that, you ideally want to stop a virus from spreading right at the site where people get infected: the nasal cavity.

Groups of scientists, including myself, are working on nasal Covid vaccines for this very reason. Ideally, a nasal vaccine could enter the mucus layer inside the nose and help the body make antibodies that capture the virus before it even has a chance to attach to people’s cells. This type of immunity is known as sterilizing immunity.

By catching viruses right at the site of infection, antibodies induced by nasal vaccines can give the body a head start at combating the virus before it causes symptoms. Not only could nasal vaccines be better positioned to prevent infections, but they can also develop the same kind of immune system protection as other vaccines, and even stronger because this immune memory is at the portal of virus entry. These vaccines can establish highly protective memory B cells, which make faster and better antibodies to future infections, and memory T cells, which help kill infected cells and support the production of antibodies.

These kinds of vaccines have traditionally been considered more difficult to make. The mucus layer is a formidable barrier. The body also doesn’t generate a robust immune response by simply spraying any conventional vaccine up the nose. The approved nasal vaccine for the flu, called FluMist, uses weakened viruses to get into cells in the nose and spur an immune system response. But this approach is not safe for use in immunocompromised people.

The good news is that scientists like myself believe we have found a way around this problem for SARS-CoV-2. We have shown in animal studies that we can spray the virus’s so-called spike proteins into the nose in a previously vaccinated host and significantly reduce infection in the nose and lungs as well as provide protection against disease and death. Combining this approach with efforts underway to develop a single vaccine for a broader range of coronaviruses could potentially offer people protection against future variants, too.

One big question is how long immunity from a nasal vaccine would last. So far, in animal studies, antibodies and memory immune cells persist in the nose for months. Should this immunity wane over time, like with the other vaccines, using the nasal spray as a booster — potentially over the counter — every four to six months may make the most sense for this pandemic. This presents similar challenges as do other boosters, where uptake could be much higher, especially for high-risk groups. Encouraging people to get their boosters is critical. But the barrier for a nasal spray booster may be lower for many people than for a needle shot.

The world desperately needs a vaccine strategy that places immunological guards outside the gates to prevent viral invaders from infecting us. There are several other nasal vaccine approaches in various phases of clinical trials. And any successes we have in developing a nasal vaccine for Covid-19 will not be limited to this one virus. Nasal spray vaccine strategies can be applied to other respiratory pathogens, too.

While there are some remaining obstacles, the potential immunological and public health benefits of nasal spray vaccines are worth focusing on now and for years to come.