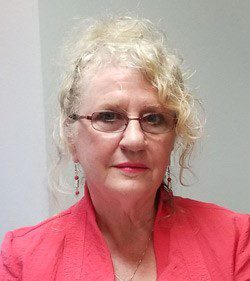 Government agencies are not just faceless entities…they are made up of some very good, very brave people as well as industry toadies.
Our son was born in 1974 with a mostly missing right hand, shortened arm, heart and chest wall defects.  Every time we would take him to a doctor, they would ask “what drugs did you take during pregnancy”?
I had been prescribed Bendectin, a drug for morning sickness, by doctors who had never even seen me.  When I called to make my first prenatal appointment, the receptionist asked how I was feeling.  I said “ok” except for constant nausea.  She called in a prescription for Bendectin which I never questioned.  I started taking Bendectin right at the time of limb formation.
I had also been prescribed other meds for minor discomforts of pregnancy, again never questioning what my doctors recommended.
Because of the doctor’s comments about “what drugs did you take”, my mother and I began to write to the FDA.  We didn’t get much in the way of a response, until I sent an 8 X10 picture of David in a little cowboy suit.  (Never underestimate the power of a picture.)
Two weeks later, we received a call from someone at the FDA who said “forget the other drugs and concentrate on Bendectin”.
This individual told us how to use the recently enacted “Freedom of Information Act” to request Bendectin documents.  He also said that there were structural similarities between Bendectin and thalidomide.
I was stunned and not really inclined to believe all this since Bendectin was so commonly prescribed; that is, until I requested copies of all the adverse reaction reports that were sent to the FDA for Bendectin.  The majority of birth defect reports were just like David’s…partially missing limbs.
Over the years we were in litigation over Bendectin (two 2 l/2 month trials and more years of appeals), we had help from more FDA whistleblowers.  They would tell us, “don’t call us; we’ll call you.”
I know all of this sounds like a bad made-for-TV movie, but this is only the tip of the iceberg on what happened in the Bendectin story that went on for 10 years.
At one point, a letter I had written to a doctor was given to a producer for “60 Minutes”.  He called us and wanted to know more.  The producer spent three months investigating Bendectin and found some extremely critical documents that we would not have been able to get through F.O.I. or legal discovery.
In 1980, 60 Minutes sent the producer and Mike Wallace to our home to film a segment for a show that was to air on Bendectin in the fall.
When the show was pulled, we discovered through continued discovery documents that the FDA and the CDC had put pressure on “60 Minutes” not to run the program.
The producer was so upset that he gave me all of his work product.  These documents helped to get Bendectin off the world-wide market in 1982.
The point in sharing this “cliff notes” version of the Bendectin story is that every government agency has some really good, caring and brave people who go out on a limb to help the public.  At the top, however, these agencies are often swinging doors to industry and represent their interests.

Betty Mekdeci is the founder and director of Birth Defect Research for Children, a national birth defect information clearinghouse and research organization started in 1982. Betty currently serves on the National Institute of Environmental Health Sciences’ Public Interest Group and was on the coordinating committee for the national Collaboration on Health and the Environment. In 2001, the Orlando Business Journal selected Betty as one of Central Florida’s most influential business leaders for her work on behalf of Vietnam and Gulf War veteran families. She also received the National Gulf War Resource Center’s Outreach and Education Award for excellence in reaching and educating veterans, families, the public and the government about Gulf War Syndrome. The Physician’s Committee for Responsible Medicine awarded her organization, its Research Innovation Award for creative and ethical research in the design and development of the National Birth Defect Registry. Betty is married to Dr. Michael Mekdeci, retired Assoc. VP of Stetson University and has two children, Kristy, a high school art teacher and David who is the Associate Director for BDRC.