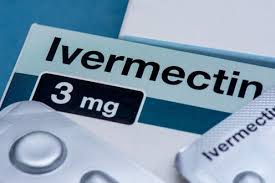 By late last year with mounting numbers of ivermectin clinical trials, mostly from low-and middle-income countries (LMICs), the potential for ivermectin as a treatment for COVID-19 gained significant movement. Key studies from McMaster’s TOGETHER study to a meta-analysis authored by Dr. Andrew Hill, affiliated with the University of Liverpool, and Unitaid—affiliated organization of the World Health Organization (WHO)—were to pave the way for use of the low cost, repurposed drug. But due to a purported under-dosing in the TOGETHER study and some questionable last-minute changes in the Unitaid-sponsored Hill meta-analysis, the pro-ivermectin consensus went south. With pharmaceutical companies developing vaccines in support of a universal vaccination program, any low-cost alternatives for early care weren’t well supported by any influencers in the medical establishments of North America and Europe. Additional companies such as Gilead, Merck, AstraZeneca, Regeneron, and Pfizer were busy securing in the aggregate billions of taxpayer dollars to develop antivirals and monoclonal antibodies. The market for early-stage antiviral care for mild-to-moderate COVID-19 involves big stakes, and key industry players know it. The potential market could be worth $10 billion per year—clearly, blockbuster-plus territory. The vaccines could produce $100 billion in the first two years of the pandemic for Pfizer—just unprecedented amounts of money. Did a combination of well-intended vaccination and advanced therapy programs coupled with industry interests and regulatory capture lead to the sabotage of ivermectin initiatives? If true, does this implicate an entire drug development system that became painfully obvious during the first modern pandemic? If this is the case, then Andrew Hill becomes a poster child for bias, questionable ethics, and possibly even corruption at the highest levels. On the other hand, was it just a system working the way it has evolved to work?

According to UC Hastings College of Law professor Robin Feldman, the drug development system is profoundly biased in favor of expensive, branded drug development. Feldman’s position is articulated in the book “Drugs Money and Secret Handshakes: The Unstoppable Growth of Prescription Drug Prices.”

Given the forces worldwide aligned for mass-universal vaccination as an answer to the pandemic as a first and primary measure, any subsequent treatments would be pharma-produced, including expensive antivirals, (Gilead generated $3 billion in the first 10 months of the pandemic due to the accelerated approval of remdesivir) and monoclonal antibodies, representing billions of dollars of taxpayer funds allocated to industry and academic medical research via agencies such as the National Institute of Health (NIH) and their ACTIV COVID-19 program. TrialSite chronicled this bias during the pandemic extensively. For a critique of the ACTIV program follow this link, while an early account of bias in taxpayer spending can be found here.

Enter Dr. Andrew Hill, considered a hero to the ivermectin movement. The mainstream academic researcher was big on ivermectin, even joining founders of the Front Line COVID-19 Critical Care Alliance (FLCCC), including Drs. Pierre Kory and Paul Marik, in a meeting with the NIH. TrialSite reported on the event when the NIH’s COVID-19 treatment guidelines panel invited the ivermectin researchers to discuss their observations and findings.Subscribe to the Trialsitenews “SARS-CoV-2” ChannelNo spam – we promise

Hill, affiliated with Liverpool University, also advised several groups, including Unitaid, affiliated with the World Health Organization (WHO). His research was to have a profound influence on whether WHO would accept ivermectin as a treatment for COVID-19.

While Hill’s original meta-analysis raised significant positive findings—again, the researcher went out of his way to support the FLCCC when they visited the NIH and then the Senate; however, once his manuscript was completed in draft form and ready for review, modifications diminishing the impact of ivermectin ensued.

TrialSite has followed the work of Dr. Andrew Hill and his efforts investigating ivermectin extensively. Early on, he was a big proponent for the low-cost, repurposed drug, however, he thereafter changed his mind, as various data surfaced that effectuated his original point of view. Noteworthy, however, some of the studies producing questionable results were associated with serious ethical issues, as reported by TrialSite, such as the problematic Lopez-Media study.

World Tribune recently covered the interview between Dr. Hill and ivermectin proponent, Dr. Tess Lawrie, Director of the Evidence-based Medicine Consultancy in the UK and contributor to TrialSite. She, along with a group of colleagues, also authored a meta-analysis showcasing the potential of ivermectin as at least a supportive early-stage treatment against COVID-19.

During a Zoom call with both Lawrie and Hill, the latter opened, sharing with the ivermectin proponent his predicament over the paper, disclosing that he found himself in a “tricky situation.” Apparently, his funders were going to enforce changes to the manuscript outcomes—whether he liked it or not.

But was there industry and academic pressure to lessen the impact of these findings, or were the changes simply the result of legitimate updates in the review cycle? Were industry and government money ties too strong of a biasing influence? The fact that Hill shared his predicament as “tricky” does indicate a little more than just academic disagreement.

According to the interview between Lawrie and Hill, the Liverpool-affiliated researcher acknowledged that his study was materially modified—and some would argue “manipulated” in such a way that would ensure delay in any acceptance of the drug by at least six weeks after which Hill would fully support use. Unitaid helped support the study.

Hill’s meta-analysis was sponsored in part by Unitaid, an affiliate of the World Health Organization. Unitaid was founded in 2006 to work with low-income countries to prevent, diagnose, and treat major diseases. Hosted by WHO, the group was funded by various governments originally including Brazil, Chile, France, Norway, and the UK. Much like the WHO itself, Unitaid found itself increasingly a beneficiary of large grants, and by 2019 they managed a portfolio of nearly 50 grants worth north of $1.3 billion. Many argue that the phenomenon of industry capture has clearly overtaken WHO and possibly other health-related NGOs, such as Unitaid. This concept was covered in the documentary called TrustWHO.

While the original Hill manuscript was obviously favorable to ivermectin, that changed when the paper was modified during the final stages of the meta-analysis paper review process by influencers other than Hill. While Hill acknowledged in an email transaction to TrialSite several months ago that he was fully fine with the changes, accepting the modifications as part of the process, some critics propose that Hill was part of what is essentially an unethical, highly biased reactive process designed to delay any positive rulings associated with the generic antiparasitic drug.

Adding fuel to the conspiratorial fire was the report that just days prior to publication of his meta-analysis, his sponsor, Unitaid, awarded $40 million to the University of Liverpool, according to the World Tribune account.  TrialSite confirmed this funding via the Unitaid website.

In the interview with Hill transcribed by Dr. Lawrie,  the UK-based researcher acknowledged Unitaid was influencing the final conclusions—again, markedly different from Hill’s original position in the manuscript. Those final changes made the ultimate meta-analysis findings not strong enough for the WHO to make any decision other than that more clinical trials were needed.

Was Hill himself corrupted or merely part of an underlying system, rife with bias based on industry-centric logic and drivers? Is this a system that reinforces the importance of pharmaceutical-sponsored drug development much like is exposed in Robin Feldman’s work?

TrialSite can certainly attest to the material bias in the form of mainstream media coverage and even U.S. Food and Drug Administration shenanigans. Media bias was apparent by the hit pieces TrialSite fact-checked from the Los Angeles Times, The Atlantic, and other prominent purportedly “unbiased” and “objective” media.

Moreover, TrialSite observed many instances of unethical censorship via Facebook, YouTube, and other social media.  One example includes when TrialSite reported that the nation of Slovakia authorized ivermectin for a six-month emergency period during the pandemic. Facebook scrubbed the posting as “misinformation.” Yet, this was a fact. The news was no longer objective, at least not in social media and many mainstream media sources.  How could a fact be represented as misinformation? That this kind of censorship occurs regularly indicates the severity of the problem,

TrialSite even discovered corruption with Wikipedia when we asked “Who is Declaring What’s Legitimate Information vs. Misinformation on Wikipedia?”

TrialSite suggests the underlying drivers leading to problematic, biased behavior during this pandemic arise not from a few bad apples or gullible, passive investigators but rather powerful, deep-seated underlying systemic forces needing considerable and multi-layered reform. This reform will need to occur both within government and importantly, from outside, arising out of organized external pressures for a more rational, people-centric set of policies and programs.

We emphasize that the pharma industry is incredibly important and should be embraced in such a reform movement. After all, they [pharma] know how to develop and commercialize drugs more than any other group worldwide, and that innovative industry contributes breakthrough after breakthrough. TrialSite has repeatedly argued that pharma is full of great people trying to do the right thing. They are forced to drive profits—if they do not shareholders sell off equity and people are terminated. An underlying system enforcing profits over public health considerations in a pandemic is perhaps the ultimate culprit here.

Perhaps, in a reformed world, profit margins in some cases won’t be as high—especially during a pandemic– but sometimes just as important as profit is widespread, sustained public health. After all without the latter, the former becomes ever more problematic and at-risk,  particularly with rapidly growing income polarization in the developed economies—now accelerated by COVID-19 government responses. The age of COVID-19 won’t lead to the “normalcy” all folks long for. Today is the first day of the rest of your life.