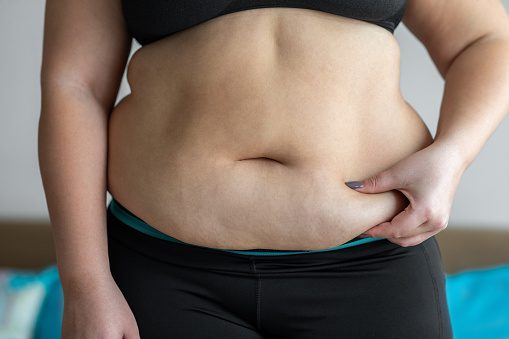 The research may help explain why people who are overweight and obese have been at higher risk of severe illness and death from Covid.

From the start of the pandemic, the coronavirus seemed to target people carrying extra pounds. Patients who were overweight or obese were more likely to develop severe Covid-19 and more likely to die.

Though these patients often have health conditions like diabetes that compound their risk, scientists have become increasingly convinced that their vulnerability has something to do with obesity itself.

Now researchers have found that the coronavirus infects both fat cells and certain immune cells within body fat, prompting a damaging defensive response in the body.

“The bottom line is, ‘Oh my god, indeed, the virus can infect fat cells directly,’” said Dr. Philipp Scherer, a scientist who studies fat cells at UT Southwestern Medical Center in Dallas, who was not involved in the research.

Whatever happens in fat doesn’t stay in fat,” he added. “It affects the neighboring tissues as well.”

The research has not yet been peer-reviewed or published in a scientific journal, but it was posted online in October. If the findings hold up, they may shed light not just on why patients with excess pounds are vulnerable to the virus, but also on why certain younger adults with no other risks become so ill.

The study’s authors suggested the evidence could point to new Covid treatments that target body fat.

“Maybe that’s the Achilles’ heel that the virus utilizes to evade our protective immune responses — by hiding in this place,” Dr. Vishwa Deep Dixit, a professor of comparative medicine and immunology at Yale School of Medicine, said.

The finding is particularly relevant to the United States, which has one of the highest rates of obesity in the world. Most American adults are overweight, and 42 percent have obesity. Black, Hispanic, Native American and Alaska Native people in the U.S. have higher obesity rates than white adults and Asian Americans; they have also been disproportionately affected by the pandemic, with death rates roughly double those of white Americans.

“This could well be contributing to severe disease,” Dr. Catherine Blish, a professor at Stanford University Medical Center and one of the report’s two senior authors, said. “We’re seeing the same inflammatory cytokines that I see in the blood of the really sick patients being produced in response to infection of those tissues.”

Body fat used to be thought of as inert, a form of storage. But scientists now know that the tissue is biologically active, producing hormones and immune-system proteins that act on other cells, promoting a state of nagging low-grade inflammation even when there is no infection.