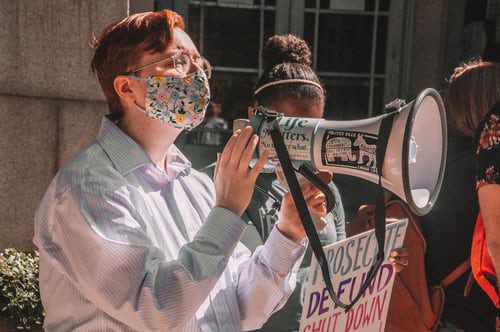 I want to put a text before you, from February 2020, the ideological landscape into which the coronavirus first arrived. It’s a review in The London Review of Books, a fine highbrow left-of-center publication, covering a book about plague and quarantine in 17th-century Italy. The book, by the University of London historian, John Henderson, details the attempts by the city of Florence — led by its public health board, the Sanità — to avoid the awful fate of other Italian cities: first by closing the city to commerce and then by imposing quarantines, lockdowns and what we now call social distancing.

The sympathies of the reviewer — Erin Maglaque, another historian of early modern Europe — are not exactly with the Sanità. Like our federal government in 2020, the Florentine state spent lavishly to make its restrictions sustainable, delivering wine and bread and meat to households (“On Tuesdays, they got a sausage seasoned with pepper, fennel and rosemary”) during the mandatory confinement. But the quarantine was also inevitably punitive and authoritarian, and Maglaque’s review details the way public health restrictions reproduced and deepened inequality and how already-disfavored groups — the poor, Jews, prostitutes — were regarded as particularly dangerous “vectors of contagion” and policed accordingly.

Meanwhile, the most sympathetic characters in her account are people who found ways to steal a bit of normal life in defiance of public health restrictions — like two girls, Maria and Cammilla, who danced illicitly with their friends and got those friends’ parents arrested. At the end of the review, Maglaque notes that Florence achieved a much lower mortality rate than other Italian cities — just about 12 percent, compared to 33 percent in Venice, 46 percent in Milan and a staggering 61 percent in Verona. But she hesitates to give the Sanità all the credit; maybe the disease was just “less virulent” among the Florentines. And besides:

Percentages tell us something about living and dying. But they don’t tell us much about survival. Florentines understood the dangers, but gambled with their lives anyway: out of boredom, desire, habit, grief. To learn what it meant to survive, we might do better to observe Maria and Cammilla, the teenage sisters who danced their way through the plague year.

It’s a fine review of a fascinating-sounding book, but I confess that when I reached this ending — and again, I was reading it in early 2020, when Covid was a concern but not yet a world crisis — I rolled my eyes a little. The Sanità’s measures obviously worked! The percentages do tell us about survival, because thousands of Florentines survived to dance and gamble and go to Mass and frequent brothels for years and years after their difficult but temporary spell of quarantine! One could sympathize with the prostitutes who kept working, the peasants slipping “past bored guards as they played cards” or the girls who broke the rules and danced. But given that the Sanità was fighting a disease that killed more than half the population in some cities, it felt like folly to romanticize the rule-flouters.

And not just folly but a particular kind of left-wing folly — still worse, left-wing academic folly — whereas my more pro-Sanità reaction felt impeccably right wing. In a crisis the government needs to act to save lives, even if ordinary liberties need to be suspended. Yes, there will be unevenly distributed injustices; yes, it’s good to point that out. But if the Sanità’s temporary authoritarianism saved thousands of lives, then it deserved the gratitude of Florentines, despite the costs.