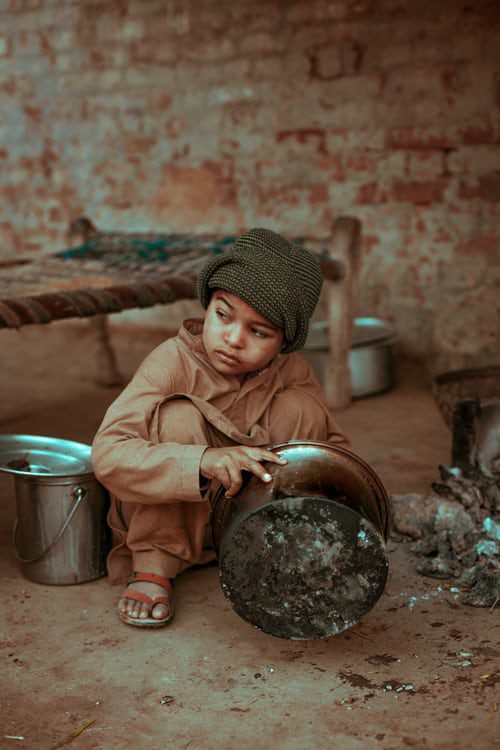 Worldwide, the population facing life-threatening levels of food insecurity is expected to double, to more than a quarter of a billion people.

Long before the pandemic swept into her village in the rugged southeast of Afghanistan, Halima Bibi knew the gnawing fear of hunger. It was an omnipresent force, an unrelenting source of anxiety as she struggled to nourish her four children.

Her husband earned about $5 a day, hauling produce by wheelbarrow from a local market to surrounding homes. Most days, he brought home a loaf of bread, potatoes and beans for an evening meal.

But when the coronavirus arrived in March, taking the lives of her neighbors and shutting down the market, her husband’s earnings plunged to about $1 a day. Most evenings, he brought home only bread. Some nights, he returned with nothing.

“We hear our children screaming in hunger, but there is nothing that we can do,” said Ms. Bibi, speaking in Pashto by telephone from a hospital in the capital city of Kabul, where her 6-year-old daughter was being treated for severe malnutrition. “That is not just our situation, but the reality for most of the families where we live.”

It is increasingly the reality for hundreds of millions of people around the planet. As the global economy absorbs the most punishing reversal of fortunes since the Great Depression, hunger is on the rise. Those confronting potentially life-threatening levels of so-called food insecurity in the developing world are expected to nearly double this year to 265 million, according to the United Nations World Food Program.

Worldwide, the number of children younger than 5 caught in a state of so-called wasting — their weight so far below normal that they face an elevated risk of death, along with long-term health and developmental problems — is likely to grow by nearly seven million this year, or 14 percent, according to a recent paper published in The Lancet, a medical journal.

The largest numbers of vulnerable communities are concentrated in South Asia and Africa, especially in countries that are already confronting trouble, from military conflict and extreme poverty to climate-related afflictions like drought, flooding and soil erosion.

At least for now, the unfolding tragedy falls short of a famine, which is typically set off by a combination of war and environmental disaster. Food remains widely available in most of the world, though prices have climbed in many countries, as fear of the virus disrupts transportation links, and as currencies fall in value, increasing the costs of imported items.