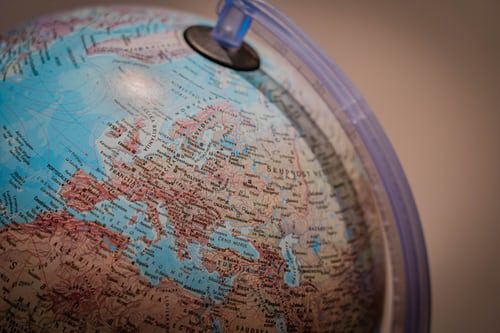 Though many global coronavirus trends are rapidly improving as countries emerge from surges driven by the highly transmissible Omicron variant, the grimmest metric hit a tragic milestone on Monday.

The number of known Covid-19 deaths around the world surpassed six million, according to data from the Center for Systems Science and Engineering at Johns Hopkins University.

“Six million is really unfathomable,” said Beth Blauer, the data leader for the Coronavirus Resource Center at Johns Hopkins. “These are real lives.”

Five of those deaths were in the family of Ernesto Díaz, 33, an accountant in Lima, Peru, in 2020. Peru leads the world with the highest number of known deaths per 100,000 people, over the course of the pandemic.

“My father died in May, my grandfather in June, my aunt in July, my uncle and grandma on the same day, July 28,” Mr. Díaz said in an interview. “It’s been almost two years, and bit by bit you process it. Process it, in theory, because it’s still hard, especially at family gatherings.”

He said the deaths have also left his family in debt, with expenses for oxygen, medicine and funerals.Global Coronavirus DeathsNew reported cases by dayAll timeLast 90 daysFeb. 2020Jun.Oct.Feb. 2021Jun.Oct.Feb. 20227–day average5,00010,000 deathsabout:blankSource: Center for Systems Science and Engineering (CSSE) at Johns Hopkins University, U.S. state and local health agencies. Daily cases are the number of new cases reported each day. The seven-day average is the average of a day and the previous six days of data.

Public health experts agree that six million is a vast undercount and that the true devastation will never be precisely known. In Yemen, where a civil war has been raging for years, the government has reported only 2,100 deaths since the start of the pandemic while its population of 30 million is 99 percent unvaccinated.

“There’s a lot that we don’t know in places that don’t necessarily have the same infrastructure for fundamentally understanding the pandemic and reporting,” Dr. Blauer said.

Surges are still intensifying in Hong Kong, South Korea and New Zealand, but new death counts are dropping in many places as Omicron recedes. The world is averaging more than 7,000 new confirmed deaths a day, down from almost 11,000 a day in early February and the known pandemic peak of more than 14,000 a day in January 2021.

The death rate was “still far too high in the third year of this pandemic,” said Dr. Maria Van Kerkhove, a top World Health Organization official.

Even the United States, with ample vaccine supply, has suffered the highest known total — more than 950,000 deaths — and failed to inoculate as much of its population as other wealthy nations. The White House unveiled a plan to help transition to what some are calling a “new normal,” but an average of about 1,500 Americans are still dying each day, around a year after vaccines became readily available, according to a New York Times database.

Hong Kong, which is going through its worst outbreak yet, has also fallen short on vaccinating its people, particularly older residents. Florence Chang, a financial planner, said her 95-year-old father contracted the virus from a health aide last month and was hospitalized. He suffers from diabetes, sleep apnea and hypertension, and was advised by his doctor not to get vaccinated, she said.

“The thought that he might not be with us, with the family, is quite difficult,” said Ms. Chang, 54. “If he gets better, we will definitely spend more time together.”

“Science has given us tools to fight this virus our ancestors could not even have dreamed of — the ability to track its evolution almost in real time, to test for it rapidly, to treat it, and, of course, to prevent it with safe and effective vaccines,” said Dr. Tedros Adhanom Ghebreyesus, the W.H.O.’s director general. “But the global failure to distribute those tools equitably has prolonged the pandemic.”