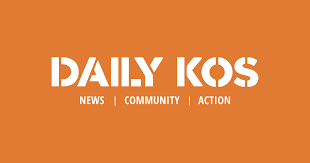 In Florida, Gov. Ron DeSantis has forbidden government agencies, schools, and private businesses from requiring proof of vaccination. This applies even to cruise ships. It all seems to be part of DeSantis’ pro-virus platform that puts him at the extreme edge—which is the only edge that matters—of candidates eyeing the 2024 nomination. (Never mind that they’ll likely end up sitting on their thumbs when Donald Trump decides he’d like to run again.) But while DeSantis has been stopping the effective use of vaccines or masks, he has another solution: REGEN-COV, the monoclonal antibody treatment from Regeneron Pharmaceuticals.

REGEN-COV has several problems. First, it’s expensive, somewhere around $2,000 a dose. Second, it’s tough to get. DeSantis has been buying up thousands of doses, but manufacturing the antibodies is not a simple process, and with few plants capable of reproducing the treatment, there’s a chronic shortage. Third, it isn’t easy to administer. Unlike a vaccine that can be delivered in seconds, or a pill that might be taken at home, REGEN-COV has to be given through an IV that lasts around an hour for each patient and has to be monitored by a skilled nurse. Fourth, the treatment is actually designed for those who have developed symptoms of COVID-19 but have not yet developed serious symptoms. The FDA Emergency Use Authorization (EUA) specifically says that the treatment is not for those getting oxygen or breathing assistance and not for those patients who have been hospitalized.

The combination of all this means that REGEN-COV is only available to a small fraction of those who come down with COVID-19. Despite DeSantis running around Florida talking about “strike teams” and treatment centers, only about 2% of those who test positive in the state have access to REGEN-COV. Additionally, even when is available, REGEN-COV’s ability to stop mild COVID-19 from turning into severe COVID-19 is significantly lower than the protection provided by vaccines. Even against delta.

With all that in mind, the fact that the FDA issued an EUA for another monoclonal antibody three months ago may not seem like big news. However, something about this antibody treatment makes it stand out: It may be unstoppable.

The antibody in question is GlaxoSmithKline’s sotrovimab. On the surface, it carries all the same problems as REGEN-COV. It’s new, available only through that EUA, has to be administered through an IV. The scope limitations are also identical to those of REGEN-COV. From the FDA authorization:

Sotrovimab will be used only by healthcare providers to treat mild-to-moderate COVID-19 in adults and pediatric patients (12 years of age and older weighing at least 40 kg) with positive results of direct SARS-CoV-2 viral testing, and who are at high risk for progression to severe COVID-19, including hospitalization or death …

Sotrovimab is not authorized for use in the following patient populations

On paper, the problems are all the same. And monoclonal antibodies are not a magic bullet against COVID-19. In fact, the FDA has already paused the distribution of two previously authorized treatments—bamlanivimab and etesevimab—after their efficacy plummeted in response to variants.

But as Fierce Pharma notes, sotrovimab had fairly spectacular results in Phase 2 and Phase 3 testing that showed 85% efficacy at preventing COVID-19 from becoming more severe. This level seemed unchanged against all variants, including against delta. And there’s a good reason to think that this antibody might keep being effective even should new variants knock vaccines or REGEN-COV for a loop.

That’s because while earlier treatments, including both mRNA-based vaccines, were developed from models of the SARS-CoV-2 spike protein first published by Chinese scientists, Vir Biotechnology—which developed sotrovimab for Glaxo—took a more studied approach. They targeted a section of the spike protein that appears to be conserved, unchanged, across variants. They suspect that this chunk of protein is required to bind to human cells — which is why it’s present in all the known contagious variants. Other portions of the virus may change, but alterations of this protein might make it incapable of causing infection.

So by targeting this location, sotrovimab could be effective against all known variants and potential future variants.

If that sounds like a big claim, Vir states that the protein appears not just in SARS-CoV-2 but also in the original SARS virus. In fact, it appears in every member of the whole family of coronavirus. That means sotrovimab could be effective against COVID-19, SARS, MERS, and any other disease arriving from this group of viruses (which are called “sarbecoviruses”).

Right now, Vir and Glaxo are pushing sotrovimab as a stand-alone treatment. Still, they’re also researching a second antibody designed to hit at one of these protein fragments preserved across variants. The resulting cocktail might just be the one treatment that can really knock out COVID-19, potentially turning it into a highly treatable disease.

Now they just need to get past the cost, scarcity, difficulty of treatment, and limited scope of application.