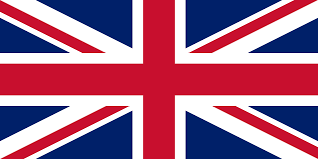 As the world scrambled to prevent the spread of the new Omicron coronavirus variant that was first detected in southern Africa, Britain’s Health Security Agency confirmed on Saturday that two cases of the variant had been recorded in the country.

In a news conference on Saturday evening, Prime Minister Boris Johnson said that to curb the spread of the variant, face masks would be required in stores and on public transportation, a rule the country had ended in July.

“As always, I must stress this, with a new variant there are many things we just cannot know at this early stage,” Mr. Johnson said.

“It does appear that Omicron spreads very rapidly and can be spread between people who are double vaccinated,” he added. Although the science around Omicron is still new, it is a “very extensive mutation” of previous configurations of the virus that could reduce vaccine effectiveness, Mr. Johnson said.

The cases are said to be linked to travel in southern Africa, the British government confirmed in a statement. Sajid Javid, Britain’s health secretary, described the new cases as a “stark reminder” that the pandemic was not yet over.

“Thanks to our world-class genomic sequencing, we have been made aware of two U.K. cases of the Omicron variant,” Mr. Javid said. “We have moved rapidly, and the individuals are self-isolating while contact tracing is ongoing.”

Sajid Javid, the U.K. health secretary, said the individuals were self-isolating as sequencing, contact tracing and further tests were being carried out. The British government confirmed the two cases of the new Omicron coronavirus variant were linked to travel in southern Africa.

Late last night, I was contacted by the U.K. Health Security Agency. I was informed that they have detected two cases of this new variant, Omicron, in the United Kingdom — one in Chelmsford, the other in Nottingham. The two individuals concerned are self-isolating, alongside their whole household, whilst further tests and sequencing is carried out, and contact tracing. The two cases are linked. Now we’ve been always very clear that we won’t hesitate to take further action if that is what is required. And today, I can announce one thing that we are doing immediately is carrying out targeted testing and sequencing of positive cases in the two areas that are affected. And secondly, we are adding four more countries to the red list, from 4 a.m. on Sunday, and those are Angola, Mozambique, Malawi and Zambia. If anyone has traveled to these four countries or any of the other recently red listed countries in the last 10 days, then they must self-isolate and take PCR tests. This is a real reminder to us all that this pandemic is far from over. And if there’s one thing that everyone can be doing right now is, if they’re eligible, please take your vaccine. Whether it’s your first shot, your second shot or your booster jab, if you are eligible, please take your vaccine.00:001:201:20U.K. Confirms Two Omicron Covid Variant CasesSajid Javid, the U.K. health secretary, said the individuals were self-isolating as sequencing, contact tracing and further tests were being carried out. The British government confirmed the two cases of the new Omicron coronavirus variant were linked to travel in southern Africa.

The country’s health agency is now carrying out targeted testing at several locations where infections could have been spread. Britain will also require travelers from abroad to get a PCR test within 48 hours of their arrival and require contacts of those who test positive with a suspected case of Omicron to self-isolate for 10 days, regardless of vaccination status.

“We don’t yet exactly know how effective our vaccines will be against Omicron, but we have good reasons for believing they will provide at least some measure of protection,” he said.

In addition to the six countries in southern Africa that were added to Britain’s travel ban list on Friday to prevent the spread of the Omicron variant, four other countries — Angola, Malawi, Mozambique and Zambia — were also added. Being on the list requires travelers to quarantine in a government-approved hotel for 10 days.