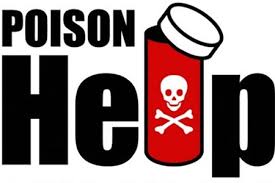 The U.S. Food and Drug Administration (FDA), Centers for Disease Control and Prevention (CDC), and prominent physician and pharmacy societies have stepped up and intensified warnings about the use of ivermectin across mass media.  While a recent American Medical Association warning press release cites a huge rise in ivermectin prescriptions and a 3-Fold increase in calls to poison control centers associated with the misuse of the generic, generic drug no context or data is offered. All of the prescriptions reported are associated with physician prescriptions to consenting patients for the off-label use against ivermectin. An improper channel involves the procurement and inappropriate use of the animal version of the drug. Media messaging appears to often conflate these two distinct use cases. TrialSite recently reported that the American Medical Association (AMA), prominent pharmacy societies, and one of the makers of ivermectin, Merck declared war on the economical, generic drug that’s treated over 4 billion people in the tropics alone helping to manage diseases such as River Blindness. Mainstream media seemingly without any critical questioning merely parrots what the various government agencies like CDC have instructed them to report. In this case that happens to be that based on reports from the Association of Poison Control Centers (AAPCC) calls to poison centers grew 3-fold over the pre-pandemic baseline. But what was the baseline used for the analysis? Not one media person asked the question. The FDA in the past issued warnings against the use of the drug while providing no data to the public backing up the warning. TrialSite has been on the record asking the question “what is the baseline” and thankfully we were able to secure the actual AAPCC data. The situation appears different from what authorities, medical societies, and mass media are proclaiming publicly, indicating a significant delta between the government-directed media messaging and the actual facts. Does this represent a gross exaggeration of the actual situation? Are perhaps other agendas now unfolding, such as scare campaigns to deter any use, including the legitimate off-label option?

Recently in TrialSite’s OpEd section, Ron Brown, Ph.D. wrote that growing media quotes conflated physician-prescribed use with dangerous abuses involving illicit use of the veterinary version of the drug. Brown asked about the media purposely confusing the two different versions of the drug and very different access scenarios asked the question “Do these sorts of suggestive comments hide a biased agenda against repurposing an inexpensive and readily available drug with the potential to undermine the return on investment of more contemporary pharmacotherapies?

The data used for this analysis originates from the AAPCC and the National Poison Data System (NPDS) Bulletin. There were 1,143 ivermectin exposure cases reported from January-Aug 2021. This does represent a 163% increase in cases compared to the year prior or the “baseline” data of 435 such cases. Given the dramatic increase in prescriptions, 2,344%, this number could be expected.

But does the CDC claim of “reports of severe illness” hold up to the actual data? That data reveals the following:

Based on a review of the data only 22% of the total show any material effect as we will see below. But first, a chart depicting the data”:

The data herein indicates a different reality than what is projected to the public. The vast majority of the case calls (78%) fall under the category of “no problem” or an aggregate labeled herein as “not sure” and thus require no follow-up. Clearly, in these latter cases, any real threat to consumer safety would have been flagged for follow-up.

754 out of the 1,143 cases were classified as no effect, non-toxic or minimal. 137 of the calls were potentially toxic, with no follow-up. This latter category indicates nothing severe. Calls deemed severe equaled 1% or approximately 11 cases and not these were classified to the media as self-medication-based abuse of the veterinary drug.

This data must be compared to the magnitude of growth in the use of the product since the baseline. Overall ivermectin prescriptions have soared. Prescriptions rose from 3,600 per week pre-pandemic to 88,000 per week ending August 13, 2021, representing a 2,344% increase.

See the graph below for ivermectin prescription growth:

To provide further context poison control also fielded lots of hand-sanitizer calls from “pre-pandemic baseline.”  Those increased 58% from Jan-Aug 2019 to Jan-Aug 2021. However, 3,320 of them were major, moderate, or minor effects while 4 people died according to a CDC report.

See below for more information for CDC information on cases of methanol poisoning in Arizona from people swallowing hand sanitizer:

The FDA and CDC according to ivermectin proponents have “vilified” the drug by association with misuse of animal versions of the drug, such as horse paste. Importantly the rise in prescriptions — to 88,000 just last week — were all MD prescribed, non-animal, non-mail order ivermectin. In other words, the human version of the FDA-approved drug used off-label for the indication of COVID-19.

TrialSite emphasizes ivermectin is not a cure nor a silver bullet for COVID-19. Rather the result of mounting tension derives from what amounts to markedly different points of view on the clinical trials and real-world data to date behind the drug’s use during the pandemic.

Several countries including India for months authorized the use of ivermectin as a treatment for COVID-19.  TrialSite reported on the tremendous turnaround in Uttar Pradesh, India’s most populous state with over 220 million people. There, a state-wide public health, home-based care program involved both frequent testing, home isolation where possible, and medicine kits including ivermectin. This effort was associated with a dramatic reduction in COVID-19 Delta variant-based cases.  TrialSite is on record that it cannot prove that the ivermectin correlates to the dramatic reduction in cases there.  But the effort certainly caught the attention of the World Health Organization (WHO) celebrating the effort. Of course WHO opted to not mention the use of ivermectin.

But a clash of points of view unfolds in real-time as from one vantage nearly all of the 63 clinical trials involving the drug reveal positive data attributes indicating a case for off-label use given the drug’s known high safety profile for the intended use.

The opposing view, which TrialSite acknowledges represents a great majority of the nation’s regulators, public health, and physician societies, resists the acceptance of the drug, emphasizing that out of the 63 such trials only a handful are worth reviewing, and the ones showing any positive data aren’t reliable due to study design, dose variation and the like. Thus this dominant point of view posits there just isn’t enough data to merit approved use.  But off-label use is legal and that just may be what the latest intensified campaign seeks to change.

That is the daily messaging now via the mainstream news repeats over and over the 3-fold increase in calls to poison centers due to abusive self-medication yet appears to conflate this unfolding dynamic with the use of human ivermectin prescribed off label by a licensed doctor to a consenting patient and the misuse of the animal variety.

Ivermectin prescriptions have skyrocketed during the pandemic, 2,344% over the previous year—the baseline.  The FDA first warned about ivermectin use, conflating animal and the human versions of the drug while precluding any data; the agency also recommends ongoing the drug should only be used in clinical trials. The CDC issued a more recent warning based on data from AAPCC which aggregated calls to 55 poison centers purportedly involving ivermectin.

It’s this data that prominent medical and pharmacy societies declared war on ivermectin.

But the actual data could be interpreted quite differently than the urgent messaging now proclaimed daily in the media. That is the agencies’ reference to the 3-fold increase in poison center calls. The actual data from the AAPCC now reveals that the baseline number is in fact 435 case counts (calls to poison centers) in 2020; and that the total calls to date in the same reporting period this year are 1,143.

But this first must be understood in the context of ivermectin prescription growth, which has increased 2,344% for the reporting period. Moreover, a review of cases reveals the overwhelming majority (78%) fall in the category of no problem or not sure—and hence are not followed up. Of the total ivermectin cases thus far there have been no deaths reported and 1% of all calls involved any kind of major issue.  There is no data as to whether that 1% required hospitalization.

Thus one could make the case that the safety profile differs markedly from what is currently reported in the mainstream media and the health agencies once the data is reviewed and understood.

But for comparison purposes poison control data implies that methanol-based hand sanitizer is far more dangerous than ivermectin based on the calls to the 55 poison control centers over the past year, given a handful of deaths.

TrialSite suggests a review of the ivermectin fact sheet. By no means is ivermectin a cure for COVID-19, there are no cures for COVID-19. Nor can ivermectin be considered a silver bullet for the pathogen. The basis for the rapid growth in prescriptions has been the interpretation of over six dozen studies including randomized controlled trials, observational studies, and case series plus considerable real-world data from numerous countries around the world– mostly from low-and middle-income countries.

But the FDA and the National Institutes of Health (NIH) as well as the WHO challenge the data from these clinical trials, suggesting that in most cases the studies are flawed, either due to design, dose variability, or other issues. Consequently, they only recommend the usage of ivermectin for COVID-19 in a controlled clinical trial.

TrialSite has posited throughout this pandemic that transcending the COVID-19 pandemic requires a holistic, comprehensive, and proactive approach involving not only safe and effective vaccines but also ambulatory and home care antiviral-like treatments for early-onset mild-to-moderate COVID-19—representing 90% of all cases worldwide. Of course, data-driven, risk-based approaches to public health remain instrumental as should health campaigns bolster people’s health and immune systems.

While the vaccines show incredible promise a number of issues are not fully addressed. The most recent Delta surge plus the revelation that the vaccine products’ effectiveness wane in a matter of months indicates that while important as a way to reduce the probability of hospitalization or worse, a vaccine-centric strategy alone is not sufficient to beat COVID-19.

The TrialSite reader: What do you think about the data herein? Is the intensity and heightened urgency of the FDA and CDC warnings rational given what is disclosed?  This platform will continue to remain as open, objective, and unbiased as humanly possible.