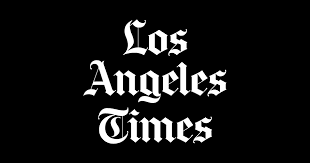 French President Emmanuel Macron is known as a canny politician who carefully calibrates his public statements. So when he used some pungent language this week to talk about how his government should treat those who choose to remain unvaccinated against COVID-19, almost no one interpreted it as a mere slip of the tongue.
Across Western Europe — which, like much of the world, is coping with the wildfire spread of Omicron, the highly contagious coronavirus variant — the vaccine-hesitant are coming under mounting official pressure to get inoculated if they are able. And that is triggering an impassioned backlash.

In one European country after another, public health restrictions are steadily tightening. Italy declared a vaccination mandate for those over age 50. The biggest party in Germany’s governing coalition says it will decide by the end of March whether to try to push through a universal vaccination mandate.

Austria plans to enhance enforcement of existing measures banning the unvaccinated from many public venues. British Prime Minister Boris Johnson wants to keep vaccinations voluntary, but on Thursday blasted what he called “mumbo-jumbo” being spread on social media by anti-vaccine campaigners.

As the pandemic drags into a third year, public frustration — and reluctance to use lockdowns as a tool to stem the virus’ spread — has brought a hard edge to the debate about how the world’s most advanced economies should conduct the next phase of the long and debilitating battle against a contagion that has killed more than 5.4 million people worldwide.

In France, Omicron is shattering caseload records even though more than 90% of people over age 12 have received at least two doses of the vaccine. That helped galvanize France’s lower house on Thursday to approve stricter requirements for obtaining the pass needed to go to bars, restaurants, cinemas and other indoor public spaces.

If France’s upper house approves the measure, which could happen next week, a negative coronavirus test will no longer be sufficient. To participate in most forms of public life — going to concerts and sporting events, boarding flights and taking long-distance trains — people will need to prove, starting Jan. 15, that they have received the full recommended doses of the vaccine.

The French president, who is facing April elections, triggered an outcry Tuesday when, in a forum with readers of the newspaper Le Parisien, he used a crude barnyard-style epithet meant to convey his desire to cause the unvaccinated intense annoyance by further restricting their access to public life.

Three days later, still under fire from critics who deemed his language to be unbefitting of a president, Macron was unrepentant. “I stand by my earlier comments,” he told reporters Friday.

Some listeners were less bothered by the French leader’s use of a coarse expression than by his suggestion that the unvaccinated were derelict in their civic duty.

“They are curtailing others’ freedom,” Macron said Friday of those who insist that remaining unvaccinated is a matter of personal liberty. “That I cannot accept.”

That sentiment did not sit well with some of his compatriots, including lawyer Samir Kahoul, who gladly lined up for shots, but balked at the president questioning whether the unvaccinated were actually lesser citizens.

“We are putting all the blame for the catastrophe on one faction of the population,” said Kahoul, who lives in the Paris suburbs. “Mandatory vaccines would be less hypocritical.”

In Germany, many of those who have chosen to remain unvaccinated report feeling socially ostracized as a result. Some women who don’t want to be inoculated are even accelerating plans to start a family and go on government-paid maternity leave to avoid getting their shots to comply with employer demands.

Dagmar Rossner, a gynecologist who practices outside Berlin, said several of her patients hoped that employer vaccination mandates would ease by the time they returned from a year of maternity leave, during which most of their wages would be paid by the state.

“They wanted to start families at some point anyhow, but decided to start right now because of all the pressure,” she said. “Some of my unvaccinated patients say they feel unwelcome just about everywhere.”

German authorities report a booming underground market for forged proof of vaccination by those seeking to get around the restrictions. In Berlin, police reported confiscating more than 1,100 such fake documents last year and pressing charges against those trying to use them. According to German news reports, criminal syndicates charge between 200 and 300 euros — around $225 to $340 — for the forgeries.

Many Germans, mindful of their history under communist and Nazi rule, are also squeamish about a prospective national registry of the vaccinated, saying that runs counter to the country’s cherished data-privacy laws.

And the anti-vaccination movement, while still relatively small, has grown in intensity, with protests sometimes boiling over into violence. On Monday, more than 35,000 people participated in protests that resulted in police being hit by bottles and firebombs.

In a number of countries, as in the United States, the vaccine debate has become increasingly politicized. Macron’s vulgarity was sardonically echoed by extreme-right presidential hopeful Eric Zemmour, who told the radio network RTL on Thursday that better targets would be crime bosses and drug traffickers.

That message fell on the receptive ears of voters such as Jean Galen, a property developer in southwestern France, who said he had received his initial two shots but declined a booster. He was angry and apprehensive about the idea of taking a fourth shot, something that some French officials have alluded to as a possibility.

“Our societal life would be dependent on multiple doses,” he said. “It’s unacceptable.”

Referring to the matrix barcode used in proof-of-vaccination apps, he said, “I don’t want to become a QR code.”

Macron’s allies, however, insist that the president speaks for a fed-up majority. Prime Minister Jean Castex told BFM television on Thursday that Macron could “say out loud what many people think deep down,” describing getting vaccinated, for those who are able, as a “civic-minded” gesture.

“Let’s speak frankly: Who is messing up whose life today?” he asked. “It is those who oppose vaccines.”