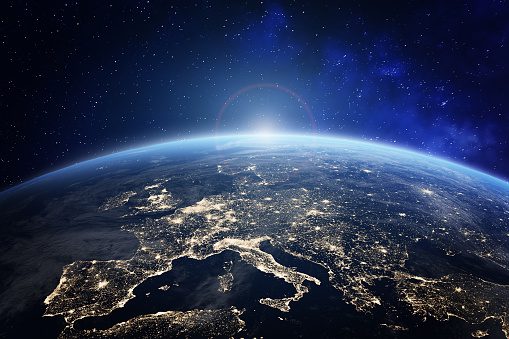 In pockets of Europe, vaccine resistance has become the long tail of the populist nationalist movements that shook up European politics for a decade.

Sven Müller is proudly unvaccinated. He thinks Covid vaccines are neither effective nor safe but a way to make money for pharmaceutical companies and corrupt politicians who are taking away his freedom.

Under state rules to stem coronavirus infections, he is no longer allowed to go to restaurants, to the bowling alley, to the cinema or to the hairdresser. From next week, he will be barred from entering most shops, too. But that has only strengthened his resolve.

“They can’t break me,” said Mr. Müller, 40, a bar owner in the town of Annaberg-Buchholz, in the Ore Mountain region in the eastern state of Saxony where the vaccination rate is 44 percent — the lowest in Germany.

Mr. Müller personifies a problem that is as sharp in some parts of Europe as it is in the United States. If Germany had red and blue states, Saxony would be crimson. In places like this, pockets of unvaccinated people are driving the latest round of contagion, filling strained hospital wards, putting economic recoveries at risk and sending governments scrambling to head off a fourth wave of the pandemic.

Even as studies show that vaccination is the most effective way to prevent infection — and to avoid hospitalization or death if infected — persuading those who are deeply skeptical of vaccines has proved all but impossible. Instead, Western European governments are resorting increasingly to thinly veiled coercion with a mixture of mandates, inducements and punishments.

In many countries, it is working. When President Emmanuel Macron announced in July that vaccine passports would be required to enter most social venues, France — where anti-vaccine sentiment was strong — was one of the least vaccinated countries in Europe. Today it has one of the highest vaccination rates in the world.

Prime Minister Mario Draghi of Italy followed Mr. Macron’s lead with even tougher measures. There, and in Spain, too, attempts by populist parties to stoke a broad-based anti-vaccine backlash have largely been snuffed out.

But regional resistance against the coronavirus vaccine remains. In Central and Eastern Europe — and in the German-speaking countries and regions bordering them — the problem is more stubborn.