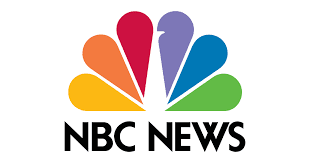 As the anti-vaccine movement escalates its rhetoric, doctors warn that they’re dealing with the fallout: “They’re starting to target people, the messengers — nurses and doctors.”

Anti-vaccine Facebook groups have a new message for their community members: Don’t go to the emergency room, and get your loved ones out of intensive care units.

Consumed by conspiracy theories claiming that doctors are preventing unvaccinated patients from receiving miracle cures or are even killing them on purpose, some people in anti-vaccine and pro-ivermectin Facebook groups are telling those with Covid-19 to stay away from hospitals and instead try increasingly dangerous at-home treatments, according to posts seen by NBC News over the past few weeks.

The messages represent an escalation in the mistrust of medical professionals in groups that have sprung up in recent months on social media platforms, which have tried to crack down on Covid misinformation. And it’s something that some doctors say they’re seeing manifest in their hospitals as they have filled up because of the most recent delta variant wave.

“We were down to four Covid patients two months ago. In this surge, we’ve had 40 to 50 patients with Covid on four different ICU services, 97 percent of them unvaccinated,” said Wes Ely, an ICU doctor and professor of medicine at the Vanderbilt University School of Medicine. “We were making headway, and now we’re just losing really, really badly. There’s something that’s happening on the internet, and it’s dramatically increasing steam.”

Those concerns echo various local reports about growing threats and violence directed toward medical professionals. In Branson, Missouri, a medical center recently introduced panic buttons on employee badges because of a spike in assaults. Violence and threats against medical professionals have recently been reported in Massachusetts, Texas, Georgia and Idaho.

While Covid misinformation has been a persistent problem since the start of the pandemic, the introduction of vaccines has invigorated the anti-vaccine community and sparked a renewed push to find and promote alternative treatments — some of which are potentially hazardous.

Others are turning away from hospitals altogether. In recent weeks, some anti-vaccine Facebook groups and conspiracy theory influencers on the encrypted messaging app Telegram have offered instructions on how to get family members released from the hospital, usually by insisting they be transferred into hospice care, and have recorded those they’ve successfully removed from hospitals for viral videos.

Some people in groups that formed recently to promote the false cure ivermectin, an anti-parasite treatment, have claimed extracting Covid patients from hospitals is pivotal so that they can self-medicate at home with ivermectin. But as the patients begin to realize that ivermectin by itself is not effective, the groups have begun recommending a series of increasingly hazardous at-home treatments, such as gargling with iodine, and nebulizing and inhaling hydrogen peroxide, calling it part of a “protocol.”

On Tuesday, the Asthma and Allergy Foundation of America put out a warning against nebulizing hydrogen peroxide.

With Covid cases rising among people who refuse to get vaccinated, and disinformation continuing to spread on social media, anti-vaccine groups have given rise to what Harvard Medical School physician Aditi Nerurkar calls “vigilante medicine,” wherein patients are deferring potentially lifesaving care from doctors to try unproven cures pushed on Facebook.

“It’s vigilante medicine: medicine being practiced by laypeople who are reading groups created by other laypeople in echo chambers and silos that, likely, someone in the anti-vax movement is profiting from,” she said.