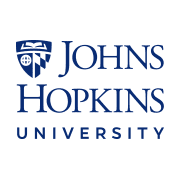 — “All of this adds up to a very weird review paper”

A paper being touted as the “Johns Hopkins study” that suggested lockdowns didn’t reduce COVID deaths has serious flaws and is being misinterpreted, experts said.

Fox News has charged that there’s been a “full-on media blackout” of the paper, but science and medical experts argue the real reason for not covering the paper is because of its limitations.

First, the paper is a “working paper” that hasn’t been peer-reviewed. Also, it was published on the website of the Institute for Applied Economics, Global Health, and the Study of Business Enterprise at the Johns Hopkins Krieger School of Arts and Sciences in Baltimore.

Study author Steve Hanke, PhD, is the founder of the institute. He is an applied economist, not an epidemiologist, public health expert, or medical doctor. Hanke is also a senior fellow at the Cato Institute, a libertarian think tank.

Hanke’s co-authors are Jonas Herby, MS, a “specialist consultant” at the Center for Political Studies in Copenhagen, and Lars Jonung, PhD, professor emeritus of economics at Lund University in Sweden — a country that famously opted out of lockdowns and only recommended masks in public. Again, neither of Herby nor Jonung are medical or public health experts.

The trio are “highly regarded economists who have also been extremely anti-lockdown since March 2020,” tweeted Gideon Meyerowitz-Katz, PhD, an epidemiologist at the University of Wollongong in Australia, who posted a thorough critique of the paper.

Its key conclusion was that lockdowns only reduced COVID mortality by 0.2% on average, but several researchers said that number is unreliable.

For starters, experts commenting for the U.K. Science Media Centre warned about the paper’s questionable definition of “lockdown.” Samir Bhatt, DPhil, a professor of statistics and public health at Imperial College London, said in that statement that the study’s “most inconsistent aspect is the reinterpreting of what a lockdown is.”

“The authors define lockdown as ‘the imposition of at least one compulsory, non-pharmaceutical intervention [NPI].’ This would make a mask-wearing policy a lockdown,” Bhatt stated.

Neil Ferguson, PhD, also of Imperial College London, said in the same statement that by that definition, “the U.K. has been in permanent lockdown since 16th of March 2021, and remains in lockdown — given it remain compulsory for people with diagnosed COVID-19 to self-isolate for at least 5 days.” Ferguson is the director of the MRC Centre for Global Infectious Disease Analysis and the Jameel Institute at the college.

Questions also have been raised about the quality of the included studies. Of the 34 papers ultimately selected, 12 were “working papers” rather than peer-reviewed science. And 14 studies were conducted by economists rather than public health or medical experts, according to Forbes.

Meyerowitz-Katz highlighted his concerns with the paper’s inclusion criteria, as it doesn’t include “modelled counterfactuals…the most common method used in infectious disease assessments” which excludes “most epidemiological research from the review,” he tweeted.

He added that the “included studies certainly aren’t representative of research as a whole on lockdowns — not even close. Many of the most robust papers on the impact of lockdowns are, by definition, excluded.”

“All of this adds up to a very weird review paper,” he tweeted. “The authors exclude many of the most rigorous studies, including those that are the entire basis for their meta-analysis in the first place. … They then take a number of papers, most of which found that restrictive NPIs had a benefit on mortality, and derive some mathematical estimate from the regression coefficients indicating less benefit than the papers suggest.”

“All of this together means that the actual numbers produced in the review are largely uninterpretable,” he tweeted.