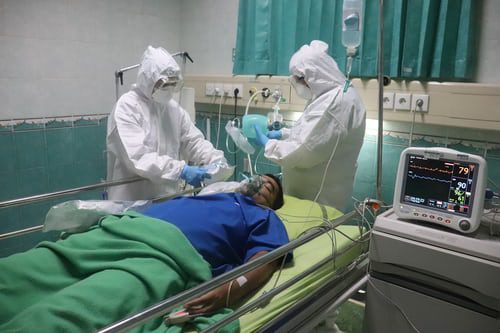 The variant retreated unexpectedly in Britain and India, but has begun to rebound. The United States may take an even bumpier path, scientists said.

The United States has entered the fourth wave of the pandemic — or fifth, depending on which expert you ask. As the vaccination campaign lags and the contagious Delta variant spreads, cases and hospitalizations are at their highest since last winter. Covid-19 deaths, too, are on a steady incline.

After every other peak has come a trough, however, often for reasons that were not immediately obvious. In Britain, where the variant is also the dominant form of the coronavirus, daily cases fell from a peak of 60,000 in mid-July to half that within two weeks, though they have since been climbing again.

In India, the numbers spiked to more than 400,000 daily cases this spring; experts estimated that the true figure could be more than 20 times greater. The unimaginable toll shocked many who had declared that the country had successfully eluded the virus. But then, in June, infections fell drastically.

Scientists are struggling to understand why Delta outbreaks in those countries dissipated, even if temporarily, and what that may mean for similar surges, including the one in the United States.