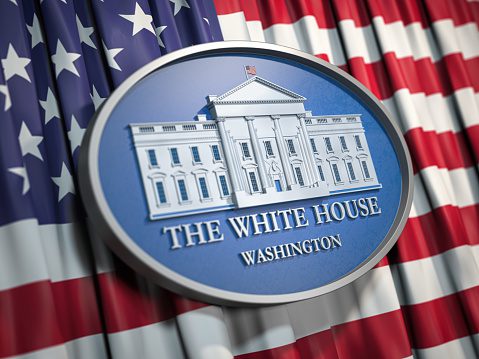 Should children two to four years of age receive three doses of COVID-19 mRNA-based BNT162b2 (Pfizer)? Dr. Anthony Fauci, the chief medical advisor for the White House, established the probability for such a heavy regimen in this vulnerable age cohort given the clinical trial targeting the standard two-dose regimen didn’t mean non-inferiority. Of course, all options are premised upon approval by the U.S. Food and Drug Administration (FDA). Fauci went on record during the recent press briefing establishing a likelihood for such a scenario. The Biden administration officials also sought to spin the current antiviral and monoclonal antibody shortages in a more positive light.

As chronicled by TrialSite starting in late 2020, children’s studies were organized as initial thoughts were that children would circulate the virus at schools, for example, which would then bring the pathogen back to the home, potentially exposing parents and even elderly grandparents. Children were far less impacted by the first strains of the pathogen during this pandemic, but with Delta and now Omicron, serious infections increased. This increase in cases led to the positioning that vaccination for very young children has to do more about protecting them than stopping viral transmission—the latter being the original premise.

Pfizer discloses the overarching children’s Phase 2/3 study in clincaltrials.gov. (NCT04816643) The subjects range from age six months old up to 4 years of age.

The pediatric vaccination investigation includes two cohorts ranging from age 6 months to 2 years of age and another cohort from age 2 to 4 years of age. As TrialSite has reported, this latter cohort had not met the acceptable threshold, or what the sponsor referred to as “non-inferiority.”Subscribe to the Trialsitenews “SARS-CoV-2” ChannelNo spam – we promise

Consequently, Pfizer had to continue the clinical trial, now embracing a three-dose regimen. Fauci went on the record:

“I don’t think we can predict when we will see an EUA with that, because the company is still putting the data before the FDA. And I certainly don’t want to get ahead of the FDA, because I’m not privy to the data. And even if I were, I wouldn’t want to anticipate what the FDA would do.”

Fauci is attempting to send signals to the nation and beyond that politics doesn’t influence the vaccine commercialization process. Given growing concerns about the politicization of the whole pandemic, Fauci continues to carefully pivot his position and presence: less authoritative and more as an information resource.

“I think we just need to be patient and know one thing for sure, that’s why the system works. Because the FDA is very scrupulous in their ability and in their effort to make sure that before something gets approved for people at any age—including and especially children, because of the special vulnerability of the children—that when these vaccines become available for children at those ages when we can be certain they will be safe, and they will be effective.”

During the same White House press conference on January 26th, the Biden Administration also responded to the pressures for therapy treatments during the worst surge of infections since the onset of the pandemic, thanks to the Omicron variant of concern.

While cases are generally less severe, Omicron is highly transmissible leading to a massive surge of cases. Although cases appear to have peaked, COVID-19 related deaths are on the rise. For example, on January 27, the USA reported 3,082 COVID-related fatalities—more since the deadliest surge during December and January of 2021.

Speaking on treatments, Jeffrey Zients, Counselor to the President, shared that the government has purchased 20 million treatment courses of the Pfizer pill, touting an “accelerated delivery of the first 10 million from September to the end of June.” Yet, such pills are in short supply.

Trying to assure the American people especially as a mid-term political season arrives in some months, Zients reminded everyone that Pfizer is only “one of five effective treatments” delivered by the research establishment in the United States. These include:

Clearly, shortfalls and accessibility issues, along with concerns for safety and/or limitations of access coincide with the massive ongoing surge. Compounded by the medical establishment purge of the use of off-label drugs (e.g., ivermectin, etc.), this only widens the treatment availability gap for the American public.