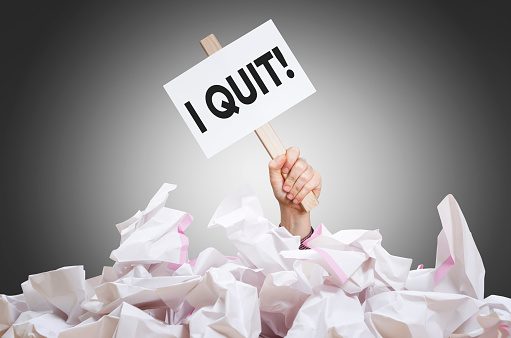 The number of Americans quitting their jobs has hit record highs over the past several months in a phenomenon economists have been calling the “Great Resignation.” In August, 4.3 million U.S. workers — almost 3 percent of the entire American workforce — voluntarily left their positions, the highest number since the Bureau of Labor Statistics began tracking “quits” in 2020.

Workers are quitting at high rates in every industry, but the trend has been especially pronounced for frontline businesses like restaurants, hotels, retail stores and health care providers. Recent quit rates are a stark contrast to early in the coronavirus pandemic, when the number of quits plummeted to the lowest levels in a decade, as COVID-related business closures put millions of Americans out of work.

The Great Resignation comes at a time when businesses across the country are struggling to find workers to fill open positions. There were 10.4 million job openings in August, down slightly from the record of 11.1 million openings the previous month.

Economists generally believe that relatively high quit rates are a signal of a healthy economy, since it suggests workers feel optimistic about their prospects and have leverage to improve their circumstances. In the short term, however, some worry that having so many companies unable to meet staffing needs could slow economic recovery and contribute to mounting supply chain issues.

Rather than offering one reason so many Americans are quitting their jobs, experts mostly believe the Great Resignation is the result of a variety of forces coming together. Something not on that list is employer vaccine mandates, which don’t appear to have caused a significant number of people to quit.

One of the most common explanations is that workers are simply burned-out. The high quit rates in customer-facing jobs and health care suggest that people in these fields have become exhausted after 18 months of extra hours, confrontations over COVID mitigation rules and fear of catching the virus. Many white-collar workers, on the other hand, may be eager to maintain some of the elements of pandemic-era work that benefitted them — like remote work and flexible hours — and willing to move on as their employers transition back to the office.