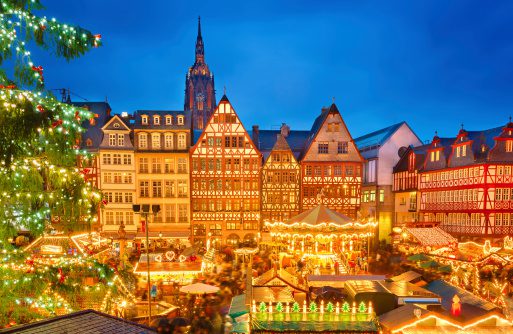 By Jon Henley published in The Guardian

The continent is now the centre of the global epidemic – again. As countries from the Baltic to the Med brace for harsher winter measures, we look at what’s driving the fourth wave.

It was almost as if the pandemic had never happened. In Cologne, thousands of revellers in fancy-dress jostled side by side in a tightly packed throng as they counted down to the start of the annual carnival season at 11am on 11 November.

In Paris, the bars and clubs were open late and filled to bursting on Wednesday, with Armistice Day a national holiday. In Amsterdam, it was business as usual in the overflowing cafes and coffee shops around the Leidseplein.

But rather than heralding the start of a season of celebrations culminating in Christmas and New Year, those nights may have been a last hurrah as a fourth wave of coronavirus sweeps across Europe. Half a dozen Dutch towns have already cancelled the popular parades that, to the joy of the nation’s children, mark the annual arrival of Sinterklaas this weekend, and Germany’s celebrated Christmas markets could yet be called off.

“You can’t imagine standing at the market drinking mulled wine while hospitals are full and fighting over the last resources,” the state premier of Saxony, Michael Kretschmer, said last week, urging the federal government to make the difficult call.

As the Netherlands on Saturday became the first western European country since the summer to impose a partial lockdown, Berlin bars its restaurants to the unvaccinated, and France races to improve its booster campaign, Europe is once again the centre of the pandemic.

According to the World Health Organization, coronavirus infections across the continent rose by 7% and deaths by 10% over the past week, making it the only world region where cases and deaths are steadily increasing.

Nearly two-thirds of new infections – about 1.9 million – were in Europe, the WHO said, marking the sixth consecutive week that the spread of virus has risen across the continent, with several countries experiencing fourth or fifth waves. Except in central and eastern Europe, where vaccine coverage is significantly lower, admissions to hospital and deaths generally remain much lower than a year ago, and national differences in preventive measures make it hard to draw broad conclusions.

But experts agree that a combination of low vaccine uptake, waning immunity among people inoculated early, and growing complacency about masks and distancing after governments relaxed curbs over the summer is the most likely cause.https://interactive.guim.co.uk/uploader/embed/2021/11/archive-zip/giv-825qF0ydaQ0ehaG/

“The message has always been: do it all,” Hans Kluge, the WHO’s regional director for Europe, said last week. “Vaccines are doing what was promised: preventing severe forms of the disease, and especially mortality. But they are our most powerful asset only if used alongside preventive measures.”

Vaccine take-up on the continent is highest in southern Europe, with Portugal, Malta and Spain all having double-vaccinated more than 80% of their populations, and Italy not far behind on 73%, according to figures from OurWorldInData.

Seven-day rolling averages of new daily infections are the lowest in the bloc in those countries, at around 100 per million people – but they are edging up, and in pockets where vaccine take-up is low they have surged.