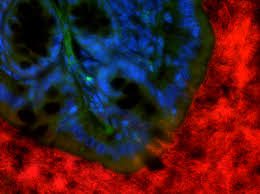 Recently, in the Wall Street Journal (WSH), a neurologist and neuroscientist Michael Segal put it bluntly: the Centers for Disease Control and Prevention (CDC) is confusing people across the country by a seemingly contractor claims “Vaccinated people are supported to resume wearing masks, lest they contract and spread the virus.” Yet unvaccinated people are still strongly urged to get the shots, which are said to be highly effective.” The physician ponders, can both of these declarations be true?

Dr. Segal touches on a topic covered recently by TrialSite’s piece in “America’s Vaccine-Centric Strategy to Overcome SARS-CoV-2 Failing while Adequate Testing & Data Collection ‘Grossly Inadequate’.” That is, there are different kinds of immunity. The current crop of vaccines are designed to foster “Internal Immunity,” declares Dr. Segal, which is protection “inside of the body, including the lungs.” Thus, most vaccinated people avoid hospital as the vaccines are protecting them from “being overwhelmed by the coronavirus,” declares Segal. That is why the health authorities are now making this next big vaccination push, as a way to reduce the stresses and strains on the health care systems, ICUs, and the like.

But as TrialSite shared the thinking of Dr. Eric Topol, one of the most influential physicians and researchers in the country, mucosal immunity is quite different. It offers the human subject the “first line of defense by protecting the nose and mouth,” writes Segal, thus lowering the risk of transmission to others.

As it turns out, Topol, Segal, and undoubtedly many others have come to terms with the fact that the current vaccines “…are largely ineffective at stimulating the secretion of IgA into our noses that occurs after actual infection with a virus.” The result, of course, is what we are now witnessing around the world, a growing number of so-called breakthrough infections. This trend started unfolding in heavily vaccinated places such as Israel, where there has been a clear lowering of vaccine effectiveness over the past couple of months with the Delta variant’s rise. In fact, growing numbers of breakthrough infections in Israel lead to hospitalization, a trend not repeated by the mainstream media. A recent event at Herzog Hospital emphasizes the risks now, as reported by TrialSite.

As TrialSite has been reporting, early on, the government’s vaccine-centric strategy was to stop transmission and contribute to societal herd immunity. After all, at some point, nations around the world should reach that point. But with Delta and the rise of large numbers of breakthrough infections, that narrative didn’t reflect reality.

Thus, the government narrative changed when scenarios emerged where the nasal viral load remains just as high in vaccinated individuals as unvaccinated. Interestingly just as this data became apparent, the Biden Administration doubled down on their vaccine-centric mission, declaring that the pandemic was now only one of the “unvaccinated.” Biden is a seasoned political operator, but we think he is taking what he thinks is the right side pragmatically and historically. However, the reality on the ground indicates we are transitioning to a new phase in this pandemic, one with different rules.

That’s evidenced by the Mayo Clinic study TrialSite introduced to the community , which Dr. Segal also refers to in his opinion piece. As TrialSite declared in “Delta Troubles? Retrospective Study led by nference and Mayo Clinic Reveals Pfizer COVDI-19 Shot only 42% Effective during July“ it reveals the vaccines’ overall effectiveness wanes with time in combination with variants such as Delta. Pfizer’s vaccine effectiveness declined to 42%. While Dr. Segal still believes there is a slim chance for herd immunity, all sorts of rules and changes would need to occur. Politically, that may not be feasible. Segal does declare, “we shouldn’t shun people who have recovered from COVID.” Why? Because of natural mucosal immunity.