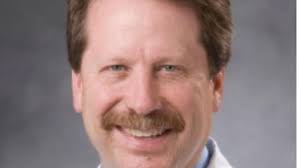 The selection ends the administration’s lengthy search for a permanent FDA commissioner.

President Joe Biden on Friday nominated former Commissioner Robert Califf to lead the Food and Drug Administration, in a move that would bring the Obama-era official back for a second tour atop the agency.

The selection would end the administration’s lengthy search for a permanent FDA commissioner and comes as the agency weighs a series of decisions that will determine the direction of Biden’s Covid-19 vaccination campaign.

f confirmed by the Senate, Califf would also play a key role in charting the government’s wider pharmaceutical and tobacco policy ambitions — as well as managing growing scrutiny of the FDA’s drug approval process.

“Dr. Robert Califf is one of the most experienced clinical trialists in the country, and has the experience and expertise to lead the Food and Drug Administration during a critical time in our nation’s fight to put an end to the coronavirus pandemic,” Biden said in a statement.

A cardiologist by training, Califf previously served as FDA commissioner for nearly a year at the tail end of the Obama administration — winning Senate confirmation by a wide margin despite the objections of a handful of Democratic senators.

The White House is counting on Califf to once again garner broad bipartisan support within the divided chamber, casting him as a deeply experienced researcher and policymaker who has long worked with both sides of the aisle.

Still, the 70-year-old will need to overcome pockets of resistance within his own party.

Sens. Joe Manchin of West Virginia and Richard Blumenthal of Connecticut — both of whom voted against Califf’s nomination in 2016 — have both signaled their opposition once again over concerns about his ties to the drug industry and the FDA’s track record on opioids.