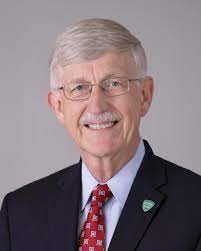 The high-profile opening could cause headaches for an administration that is struggling with pandemic messaging as it choreographs the rollout of vaccine boosters.

By SARAH OWERMOHLE and MEGAN WILSON

National Institutes of Health Director Francis Collins was that rare Washington figure whose clout transcended presidential administrations and frequent power shifts in Congress — more so during a public health crisis.

Now, the Biden administration needs to find a Collins clone.

The search for a new leader for the world’s largest medical research agency, with a budget of more than $41 billion, creates another huge challenge while the White House plots the next phase of the pandemic response and struggles to find a nominee to lead the Food and Drug Administration.https://b6ccd2248fd675c782f9a24be6210cb9.safeframe.googlesyndication.com/safeframe/1-0-38/html/container.html

“We find ourselves in a deficit now: We have the largest health agency in the world, the NIH, without a leader and FDA at the same time,” said Ellen Sigal, chair and founder of the Friends of Cancer Research who also has chaired the Public–Private Partnerships Committee of the Foundation for the NIH. “These positions are problematic, particularly when we’re in the middle of finishing a pandemic.”

Principal Deputy Director Lawrence Tabak, Collins’ longtime No. 2, is most likely to serve as acting director in the interim. But he is unlikely to be Biden’s pick for a permanent leader, according to two people familiar with the early discussions. Collins told Bloomberg Law on Tuesday that he wanted to see a woman succeed him.

Any nominee, if confirmed by the Senate, will need to deftly navigate such priorities as overseeing dozens of trials for coronavirus treatments and vaccines while defending and explaining the administration’s pandemic response to the public and lawmakers on Capitol Hill. The next director will also have to deal with GOP-stoked accusations that NIH funded risky “gain-of-function” virus research, linked to the unproven theory that the coronavirus leaked from a lab in Wuhan, China.

Collins’ successor will also have to shepherd a multibillion-dollar priority of President Joe Biden’s: the Advanced Research Projects Agency for Health, a new institute within the NIH that still needs congressional backing.

Biden originally envisioned the so-called ARPA-H as a $6.5 billion research initiative to tackle major health care challenges like Alzheimer’s disease, diabetes and cancer. But lawmakers have already slashed its proposed budget by more than half, with the outcome now tied to the fragile congressional budget process.