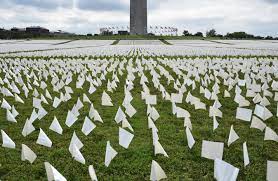 COVID-19 was the third leading cause of death in the United States for the second year in a row in 2021, with death rates rising for most age groups, a government study showed on Friday.

COVID-19 was the underlying or contributing cause of 460,513 deaths in the United States last year, a nearly 20% jump compared to 2020, the study by the U.S. Centers for Disease Control and Prevention (CDC) showed.

The researchers analyzed death certificate data for deaths occurring among residents in the United States during January to December last year. They found that 2021 saw the highest overall death rate since 2003, with heart disease and cancer being the first and the second leading cause of death, respectively.

The overall death rate was lowest among children aged 5 to 14 years old, and highest among people aged 85 and above, a trend similar to 2020, the report found. Deaths peaked in the months of January and September.