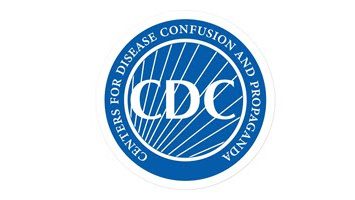 The US Centers for Disease Control and Prevention updated its guidance on the recommended Covid-19 isolation period Tuesday, telling people that if they have access to a Covid-19 test and want to take it, the best approach is to use a rapid test toward the end of their five-day isolation period.

The agency has faced pressure over the past week from outside medical experts to include a testing component in its new shortened isolation period.
The updated recommendations do not advise a test for isolated people, but they offer guidance on how those people should respond to a test result if they choose to take one. If the test is positive, isolated people are advised to continue their isolation until 10 days after their symptoms started. If the test is negative, isolated people can end their isolation but are advised to wear a mask around other people until day 10.

The recommendations advise people who are isolating to avoid places where they can’t wear a mask, such as restaurants and gyms, and to avoid eating around others until day 10.

People who are isolating are now urged to wait to travel until at least 10 days after the start of symptoms. Those who must travel on days six to 10 should wear a mask for their entire trip.

The CDC says the changes aim to “focus on the period when a person is most infectious. … These updated recommendations also facilitate individual social and well-being needs, return to work, and maintenance of critical infrastructure.”
The White House defended the CDC on Tuesday, calling the recommendations “based on the science” and not based on “a clear communications plan.”

“The CDC is offering its updated guidance in real time of a fast moving and changing pandemic environment,” White House Press Secretary Jen Psaki told CNN’s Kaitlan Collins at a news briefing. “We’ve seen them change guidance and update guidance on other occasions. They made this recommendation last week based on science. The vast majority of transmission infectiousness occurs in the first five days after diagnosis with Covid-19 — somewhere in the range of 85 to 90%.”
She said the CDC was “continuing to assess every day, every week.”
CDC Director Dr. Rochelle Walensky foreshadowed the updated guidance Monday night on CBS’ “The Late Show.”
“So, if you have access to a test, and if you want to do a test at day five, and if your symptoms are gone and you’re feeling well, then go ahead and do that test. But here’s how I would interpret that test. If it’s positive, stay home for another five days. If it’s negative, I would say you still really need to wear a mask. You still may have some transmissibility ahead of you. You still should probably not visit grandma. You shouldn’t get on an airplane. And you should still be pretty careful when you’re with other people by wearing a mask all the time,” she said.

The updated guidance advising people to stay isolated until day 10 if they have a positive rapid test after five days in isolation appears to contradict Walensky’s claim to CNN last week that “we wouldn’t change our guidance based on the result of the rapid test.”
Walensky had steadfastly defended the agency’s decision not to include recommending a rapid test in earlier guidance, telling CNN last week, “We opted not to have the rapid test for isolation because we actually don’t know how our rapid tests perform and how well they predict whether you’re transmissible during the end of disease.”
On CNN on Sunday, Dr. Anthony Fauci said the “likelihood of transmissibility is considerably lower” in the second half of the 10-day period after a positive result.
Walensky has also maintained that the CDC’s decision to not include a testing recommendation had nothing to do with the nationwide shortage of rapid tests.
“This decision really, from an isolation standpoint, had everything to do with the fact that we wouldn’t change our guidance based on the result of that rapid test. And you know that it didn’t have anything to do with any shortage at all, because we recommend rapid tests for those in quarantine,” Walensky said.
Despite that, there has been deep frustration inside the Biden administration in the days since the CDC announced that it was shortening the recommended solation period for those who test positive for Covid-19 from 10 days to five with no testing component, according to multiple officials.