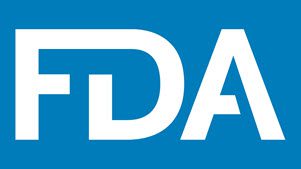 The FDA rebuked Pfizer CEO Albert Bourla’s proposed solution to reports that some patients experienced a relapse of COVID-19 symptoms after treatment with the company’s antiviral Paxlovid.

After reports said some patients who took Paxlovid rebounded and started feeling symptoms again, the CEO told Bloomberg that patients can take another course, “like you do with antibiotics.”

“Paxlovid does what it has to do: It reduces the viral load,” Bourla, Ph.D., told Bloomberg in an interview. “Then your body is supposed to do the job.”

The FDA isn’t on board with the suggestion.

“There is no evidence of benefit at this time for a longer course of treatment … or repeating a treatment course of Paxlovid in patients with recurrent COVID-19 symptoms following completion of a treatment course,” John Farley, M.D., director of the Office of Infectious Diseases, said in a post.

About 80,000 US COVID-19 patients have sought treatment with the antiviral as of April 22, CNBC reports. It’s not clear how many patients have had a COVID-19 rebound after taking the full course of the treatment, but many reports of rebounds have surfaced in the last week, puzzling doctors.

Pfizer received an emergency use authorization from the FDA in December to sell its antiviral, the first of its kind to fight COVID-19. Since then, the U.S. has ordered 20 million courses and is working to bolster the pill’s availability. The drug is heavily endorsed by the Biden administration and was even prescribed to Kamala Harris. Despite the accolades, it’s not in as high demand as anticipated, and it recently was found ineffective for post-exposure protection.

The pill is prescribed as a five-day course, and its directions read that it is “not authorized for use for longer than 5 consecutive days.”

Paxlovid garnered Pfizer $1.5 billion in sales in the first quarter, and the company forecasts $22 billion in global sales from the product this year.