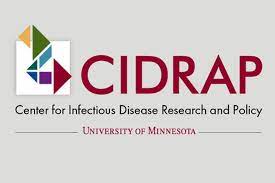 Cases, as well as deaths, continue to drop globally, but infections continue at very high levels, with about 3.4 million cases recorded over the past week, the World Health Organization (WHO) said in its weekly pandemic update yesterday.

Maria Van Kerkhove, PhD, the WHO’s technical lead for COVID-19, said yesterday on Twitter that the trends show a mixed picture, with far too many cases continuing to be reported when the world has the tools to drastically cut the numbers of illnesses and deaths.

In a promising development, cases dropped across all WHO regions, with deaths falling in all parts of the world except for Africa, she said. However, Van Kerkhove said a big concern is that intense hot spots remain across all of the world’s regions. “Delta circulates efficiently amongst unvaccinated populations where public health measures are not in place.”

According to the WHO update, the steepest drops occurred in the Middle East, followed by the Western Pacific and the Americas. Few countries expect for Singapore and Laos reported sharp increases, though some European countries—such as the Russia, Turkey, and the United Kingdom—reported modest rises.

Two more countries reported their first Delta (B1617.2) variant detections, putting the total number of countries with Delta at 187.