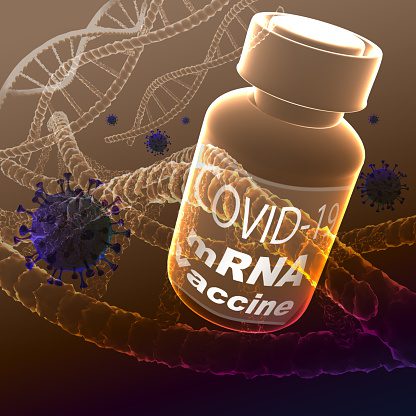 The stunning Covid vaccines manufactured by Pfizer-BioNTech and Moderna drew upon long-buried discoveries made in the hopes of ending past epidemics.

By Gina Kolata and Benjamin Mueller

housands of miles from Dr. Barney Graham’s lab in Bethesda, Md., a frightening new coronavirus had jumped from camels to humans in the Middle East, killing one out of every three people infected. An expert on the world’s most intractable viruses, Dr. Graham had been working for months to develop a vaccine, but had gotten nowhere.

Now he was terrified that the virus, Middle East Respiratory Syndrome, or MERS, had infected one of his lab’s own scientists, who was sick with a fever and a cough in the fall of 2013 after a pilgrimage to the holy city of Mecca.

A nose swab came back positive for a coronavirus, seeming to confirm Dr. Graham’s worst fears, only for a second test to deliver relief. It was a mild coronavirus, causing a common cold, not MERS.

Dr. Graham had a flash of intuition: Perhaps it would be worth taking a closer look at this humdrum cold virus.

It was an impulse born more of convenience and curiosity than foresight, with little to no expectation of glory or profit. Yet the decision to study a colleague’s bad cold gave rise to critical discoveries. Together with other chance breakthroughs that seemed insignificant at the time, it would lead eventually to the mRNA vaccines now protecting hundreds of millions of people from Covid-19.

The shots were developed at record speed, arriving just over a year after a mysterious pneumonia surfaced in China, while so much else — political feuds, public distrust and botched government planning — went wrong.

They remain a marvel: Even as the Omicron variant fuels a new wave of the pandemic, the vaccines have proved remarkably resilient at defending against severe illness and death. And the manufacturers, Pfizer, BioNTech and Moderna, say that mRNA technology will allow them to adapt the vaccines quickly, to fend off whatever dangerous new version of the virus that evolution brings next.

Skeptics have seized on the rapid development of the vaccines — among the most impressive feats of medical science in the modern era — to undermine the public’s trust in them. But the breakthroughs behind the vaccines unfolded over decades, little by little, as scientists across the world pursued research in disparate areas, never imagining their work would one day come together to tame the pandemic of the century.

The pharmaceutical companies harnessed these findings and engineered a consistent product that could be made at scale, partly with the help of Operation Warp Speed, the Trump administration’s multibillion-dollar program to hasten the development and manufacture of vaccines, drugs and diagnostic tests to fight the new virus.

For years, though, the scientists who made the vaccines possible scrounged for money and battled public indifference. Their experiments often failed. When the work got too crushing, some of them left it behind. And yet on this unpredictable, zigzagging path, the science slowly built upon itself, squeezing knowledge from failure.

The vaccines were possible only because of efforts in three areas. The first began more than 60 years ago with the discovery of mRNA, the genetic molecule that helps cells make proteins. A few decades later, two scientists in Pennsylvania decided to pursue what seemed like a pipe dream: using the molecule to command cells to make tiny pieces of viruses that would strengthen the immune system.

The second effort took place in the private sector, as biotechnology companies in Canada in the budding field of gene therapy — the modification or repair of genes to treat diseases — searched for a way to protect fragile genetic molecules so they could be safely delivered to human cells.

The third crucial line of inquiry began in the 1990s, when the U.S. government embarked on a multibillion-dollar quest to find a vaccine to prevent AIDS. That effort funded a group of scientists who tried to target the all-important “spikes” on H.I.V. viruses that allow them to invade cells. The work has not resulted in a successful H.I.V. vaccine. But some of these researchers, including Dr. Graham, veered from the mission and eventually unlocked secrets that allowed the spikes on coronaviruses to be mapped instead.

In early 2020, these different strands of research came together. The spike of the Covid virus was encoded in mRNA molecules. Those molecules were wrapped in a protective layer of fat and poured into small glass vials. When the shots went in arms less than a year later, recipients’ cells responded by producing proteins that resembled the spikes — and that trained the body to attack the coronavirus.

The extraordinary tale proved the promise of basic scientific research: that once in a great while, old discoveries can be plucked from obscurity to make history.

“It was all in place — I saw it with my own eyes,” said Dr. Elizabeth Halloran, an infectious disease biostatistician at the Fred Hutchinson Cancer Research Center in Seattle who has done vaccine research for over 30 years but was not part of the effort to develop mRNA vaccines. “It was kind of miraculous.”