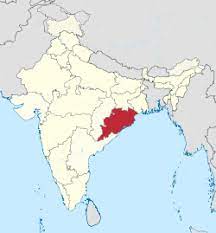 With nearly 50 million people, the Indian State of Odisha represents an important location in the eastern part of India. Much like the more populous Uttar Pradesh, Odisha appears to head toward herd immunity. Both states used means other than vaccinations to overcome the COVID-19 pathogen, from the use of low-cost generic early care drugs such as ivermectin to proactive public health policies involving multiple and frequent testing. Other means used included home medicine kits, participation of health outreach workers to support quarantines, and administration of treatment, and ongoing surveillance. Based on recent tests, Odisha moves to herd immunity. Could India slowly be moving out of the pandemic?

As reported in the local press called Odisha TV, the Regional Medical Research Centre (RMRC), Bhubaneswar, and the State Health and Family Welfare Department jointly conducted community testing revealing that 73% of the tested population had antibodies against the virus.

Between August 29 and September 15, the State sponsor secured 5,796 samples. Of which, 4,247 were found to have antibodies against SARS-CoV-2. This means that nearly three-fourths of the state’s population surveyed across 12 districts has developed COVID-19 antibodies. Odisha TV reports that 93.5% of healthcare workers evidence antibodies.

Sanghamitra Pati, Director of RMRC, reports that “The seroprevalence was found to be around 70% in the 6–10-year age group, for 11-18 years it was 74%. Children have developed antibodies after meeting their parents or family elders. The findings correspond with national zero-survey results.”

Local media shared that adults’ samples evidenced higher seroprevalence than children or the elderly. Interestingly, the rates of seroprevalence appear comparable, whether in the city or countryside.

The amazing turnarounds in places like Uttar Pradesh did not involve vaccination at all. Presently, less than 20% of India’s population is fully vaccinated. TrialSite suggests Indian state health authorities’ pragmatism may have led the way to the current ever more positive-looking update.