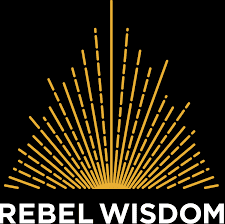 In recent months, Ivermectin has gone from a little known anti parasite drug to a culture war battleground – for some it’s a potential miracle drug for treating and prevention of Covid and for others it’s over-hyped snake oil.

Discussion of Ivermectin has also led to censorship from the Big Tech platforms. But the free speech/censorship dynamic is only part of the story – is also shows how broken our information landscape is – with the advocates on one side, and the skeptics on the other – creating echo chambers and filter bubbles, and broken sensemaking.

In this film we hear from three voices, Tess Lawrie, one of the most outspoken advocates for Ivermectin, Gideon Meyerowitz-Katz, an epidemiologist and data nerd from Australia who has been examining the data, and Graham Walker, an ER doctor from San Francisco who has also been deep in the science and competing claims around Ivermectin.

Rebel Wisdom has prepared a full background briefing document on Ivermectin here to go alongside this film: We will be hosting a conversation around this topic, and attempting to make sense of it live in our digital campfire on Tuesday 27th July, to join us, sign up here for as little as $10 per month: