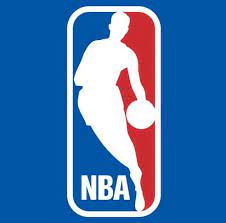 A Yale University epidemiologist who works with the National Basketball Association (NBA) conducted a surveillance study of 35,000 COVID-infected people that concluded that unvaccinated people are slightly less likely to catch Omicron than people who have received two vaccine doses within five months of testing positive.

The same non-peer reviewed preprint January 25 medRxiv article also found that one dose was more protective against Omicron than two doses and three doses appeared to be the most protective regimen against the mutant COVID strain.

“In conclusion, escape from vaccine-induced immunity likely contributed to the rapid rise in Omicron infections,” wrote the authors, who were led by Yale School of Public Health Associate Professor Nathan D. Grubaugh.

Grubaugh formed a collaboration with the NBA and the National Basketball Players Association in June 2020 to develop a saliva-based SARS-CoV-2 test called SalivaDirect and to uncover key aspects of viral replication and transmission.

The NBA and other professional sports organization have been embroiled in a series of controversies over their responses to the pandemic with several high-profile athletes falling ill to COVID after vaccination. The NBA has also been in the forefront of finding new ways to combat the disease by supporting clinical research.

Researchers for the medRxiv preprint entitled “Rapid emergence of SARS-CoV-2 Omicron variant is associated with an infection advantage over Delta in vaccinated persons,” studied

Those tested showed symptoms, were exposed to a COVID case, or required a test for work, school or travel. Participants were younger than 60 years old and 55 percent were female. No race or ethnicity data was obtained. Vaccinated persons received one of the three available COVID vaccines available in the United States: Ad26.COV2.S, mRNA-1273, and/or BNT162b2.

The study determined that the positivity rate among unvaccinated persons was higher for Delta than Omicron. The researchers found similar results for those who received a single vaccine dose.

Omicron Positivity in Vaccinated Vs. Unvaccinated Was Similar

“Our estimates of Omicron positivity rates in persons receiving one or two vaccine doses were not significantly lower than unvaccinated persons but were 49.7% lower after three doses,” they wrote.

The Centers for Disease Control recently released data that showed that natural immunity provides robust protection from Omicron and Delta.